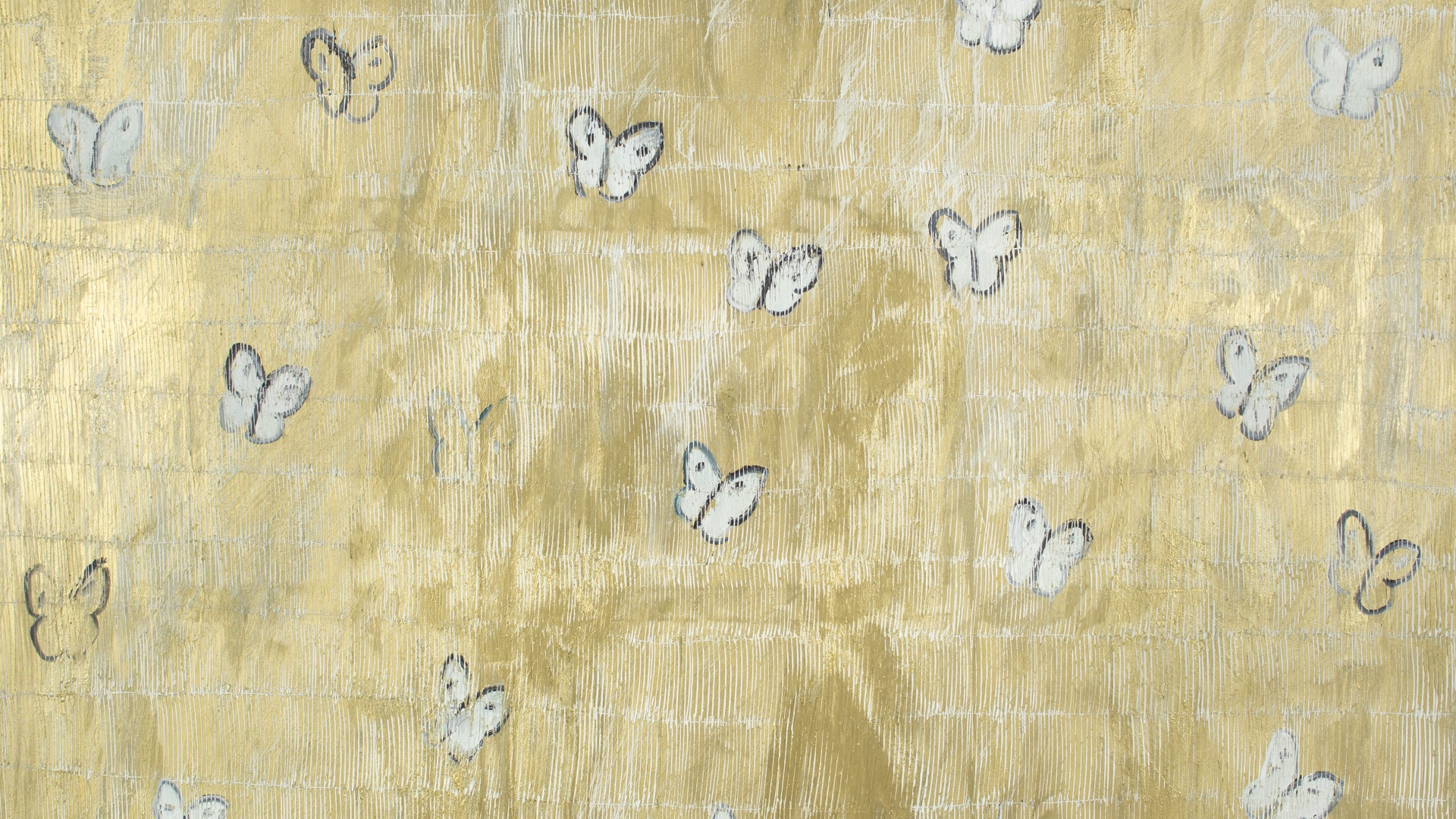 Hunt Slonem is an internationally recognised American painter, sculptor and printmaker. Inspired by nature and his 60 pet birds, Slonem is renowned for his distinct neo-expressionist style. He is best known for his series of bunnies, butterflies and tropical birds, as well as his large-scale sculptures and restorations of forgotten historic homes.

The artist describes his work in the following terms: “My paintings are neither narrative nor specific in detail, but are deeply rooted in the act of painting. The color choices, the spontaneous mark making, and scratched hatch marks are the result of an ongoing fascination with the manipulation and implementation of paint. Cross-hatching gives a feeling of tapestry, it’s like weaving. I’m making colors bleed into each other, I’m revealing the underpainting. I’m making these marks to allow the light to come through. You’re seeing about five levels of paint, instead of one”

His work has been exhibited in more than 350 galleries and museums worldwide, and is represented in over 100 museums, including the Metropolitan Museum of Art, the Solomon R. Guggenheim and the Whitney Museum of American Art, in New York City. He exhibits regularly at both public and private venues around the world, and has received numerous honours and awards, including a MacDowell Fellowship and National Endowment for the Arts grant. He lives in New York City and Louisiana, where he has notably restored two important plantations to their original states.

“As we examine Slonem’s work, we clearly see him as a bold artist who is not afraid of colour or expression and does not care to restrict himself – the artist is totally free both in his choice of subjects and colours, as well as in his seemingly chaotic but thoroughly deliberate compositions. Slonem’s paintings are just like his interiors, dress style and sculpture, where colour and ornament prevail. The colourful world the artist creates in his work and shows the audience can be compared to such luminaries of art as Henri Matisse, Raoul Dufy or Pierre Bonnard, as well as to other Fauvists, all of whom emphasised the strong qualities of colour in their work. He can also be likened to Henri Rousseau, with his images of jungle and animals.

Hunt Slonem opens the door into the world of his art to the viewers, and I am certain that everyone who wants to get to know his work will perceive the power of colour and positive emotion.” Such is the interpretation of the artist’s work and persona by Aleksejs Naumovs, Professor at the Art Academy of Latvia.

The “Magical World” of Hunt Slonem’s art at Daugavpils Mark Rothko art Centre is the artist’s premiere show in the Baltic States. It will remain on public display from 3 July until 18 October.