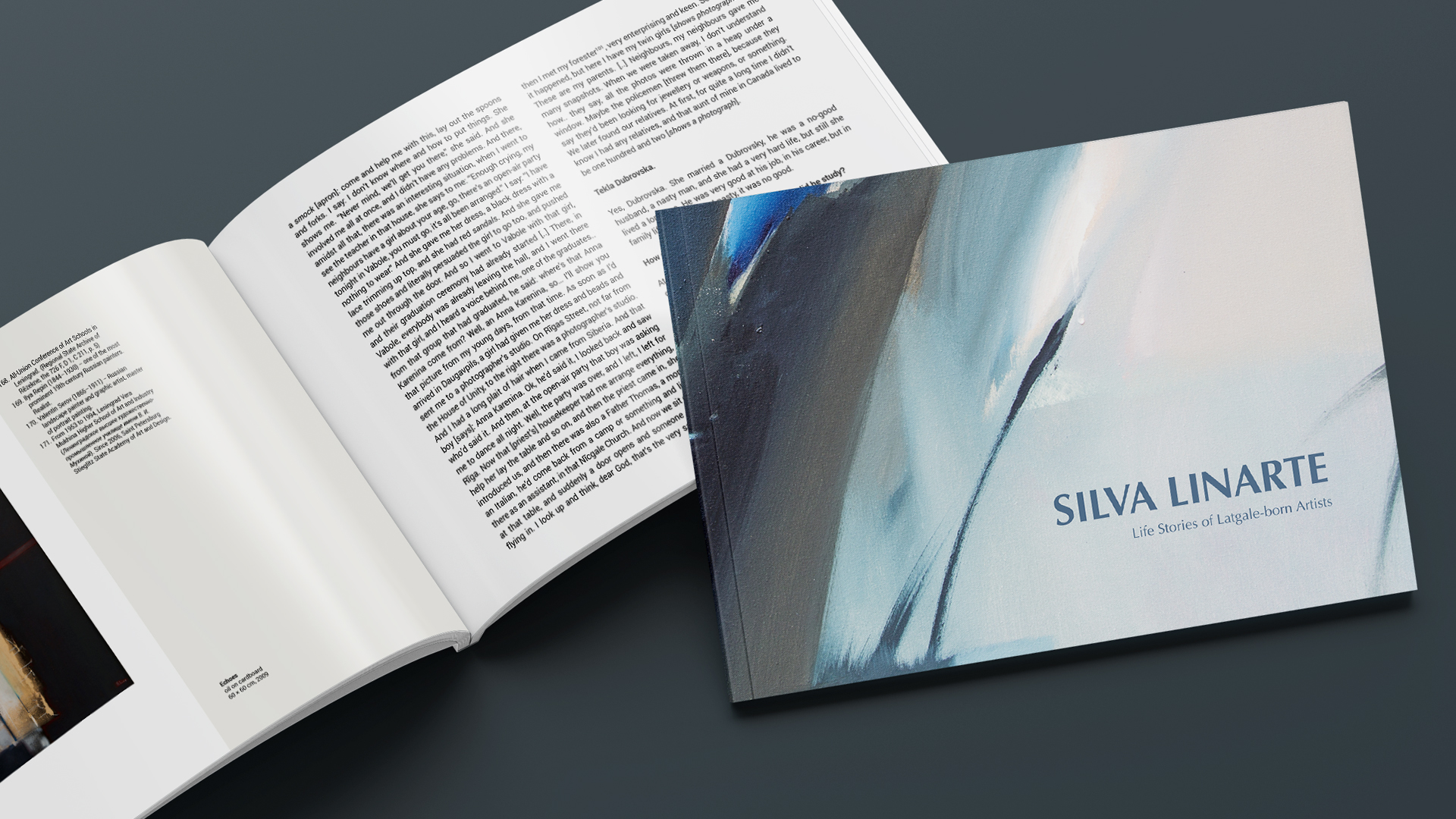 To celebrate the birthday of artist and art educator Silva Linarte (1939-2018), Daugavpils Mark Rothko Art Centre and DIVRUNA Association for the Study and Conservation of Historical and Cultural Heritage release the English translation of the publication “Life Stories of Latgale-Born Artists. Silva Linarte”.

Silva Linarte was born on 26 February 1939 in Līksna Parish, which is part of Daugavpils District. Her early childhood was spent in forced settlement in Krasnoyarsk Krai, Siberia, whereto the family had been deported by the Soviet regime. After returning to Latvia, she graduated from Rīga Secondary School of Applied Arts and the Art Academy with double qualifications of art educator and painter. For many years, she taught at Rīga Secondary School of Applied Arts. When Latvia regained its independence, Silva Linarte returned to live in her father’s country house. She continued her teaching career at Daugavpils Secondary School of Arts “Saules skola” and in 1993 also took the post of the city’s Chief Municipal Artist. Throughout the final years of her life, she painted profusely and made her work public in several exhibitions. Daugavpils Mark Rothko Art Centre holds 48 Linarte’s paintings in its art collection. Her creative outputs are also represented in a number of private collections in the United States, Germany, Canada, Bermuda, China, Sweden and Norway.

The translated edition of Silva Linarte’s life story is a broad and rich first-person narrative, spanning nearly eight decades of the artist’s life and creativity. It is accompanied by an editorial commentary that reveals key insights from careful research into the subject. Photographs from personal archives and reproductions of the artist’s paintings from the Rothko Centre collection add a visual dimension to the text.

The publication “Life Stories of Latgale-Born Artists. Silva Linarte” was prepared in the spirit of cooperation and communication across borders and languages by aiming to expand the potential readership, involving international specialists in its production as well as improving and broadening the contents.

This is the fourth publication in the series “Life Stories of Latgale-Born Artists” – an extended project by Daugavpils Mark Rothko Art Centre and DIVRUNA Association for the Study and Conservation of Historical and Cultural Heritage. The series was launched in 2013 to produce testimonies of the lived experiences and creative legacies of prominent artists born in the Latgale Region, moving beyond attempts to capture objective historical realities and rather seeking to incorporate personal perspectives of the featured artists and their individual interpretations of historical processes. Previous publications in the series include the life story of Pēteris Martinsons in Latvian and English languages and the Latvian edition of Silva Linarte’s life story issued in 2018.

Although, given the circumstances, no book launch event can be held for the foreseeable future, we are happy to put forth this new publication as a symbolic gift to the artist and remind the public that assorted paintings by Silva Linarte, along with the works by the participants of the international painting symposium that bears her name, are on display at the “Jūras vārti” Theatre House in Ventspils until the 9th of March.