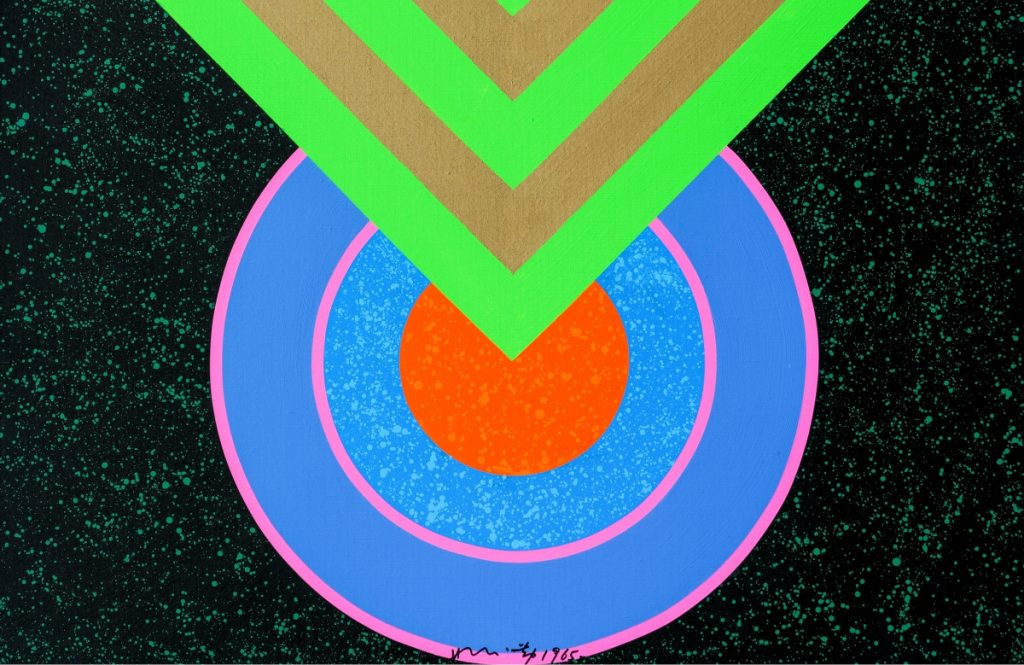 Daugavpils Mark Rothko Art Centre offers a retrospective exhibition “In My Beginning Is My End” by Chinese abstractionist Hsiao Chin. A selection of the work can be viewed at present in the permanent exhibition sector ‘Mark Rothko: Life and Art’. The duration of the show till 25 October.

Daugavpils Mark Rothko Art Centre is proud to welcome a genius in the person of Hsiao Chin, a distinguished representative of Chinese abstraction whose lasting creative presence in the European cultural environment has enabled him to put himself on the map of global art, with a remarkable blending of Eastern and Western cultural idioms in works that display an individual painterly style more than 60 years in the making.

This retrospective of Hsiao Chin at Mark Rothko Art Centre is a marvellous opportunity for Europe to experience an artist whose work is neither simply Chinese, nor simply European. It is both. Hsiao Chin was born in Shanghai in 1935 and his work is saturated with a profound understanding of Chinese culture; equally, his paintings are luminously intelligent about the history of art in Europe. In the 1950s he was one of the founders of the Ton-Fan Art Group, the first Chinese abstract art group; as well as a founder in the early 1960s of a European avant-garde movement, the Movimento Punto in Milan, Italy.

His paintings which are on view at the centre fuse Western and Asian elements of painting and culture, making dramas out of the encounter of Chinese brushstrokes with the colour palette of European painting, of the language of Buddhism and of Western modernism.

His work can be found in many of the major museums of the world, from the National Art Museum of China, Beijing, to the Metropolitan Museum in New York; from the Galleria Nazionale d’Arte Moderna in Rome to Musée National des Arts Asiatiques Guimet, Paris.

The exhibition is curated by Philipp Dodd and Farida Zaletilo.

It is on display at the permanent exhibition sector “Mark Rothko. Life and Art”. The artist’s person and his art are truly inspirational and, no doubt, capable of motivating other creators to pursue their artistic ambitions. One should think that Mark Rothko would have been honoured to receive the artist in his hometown. Meanwhile, local artists from Daugavpils and Latgale region will surely find his work a stimulating example in terms of future growth and professional wisdom.