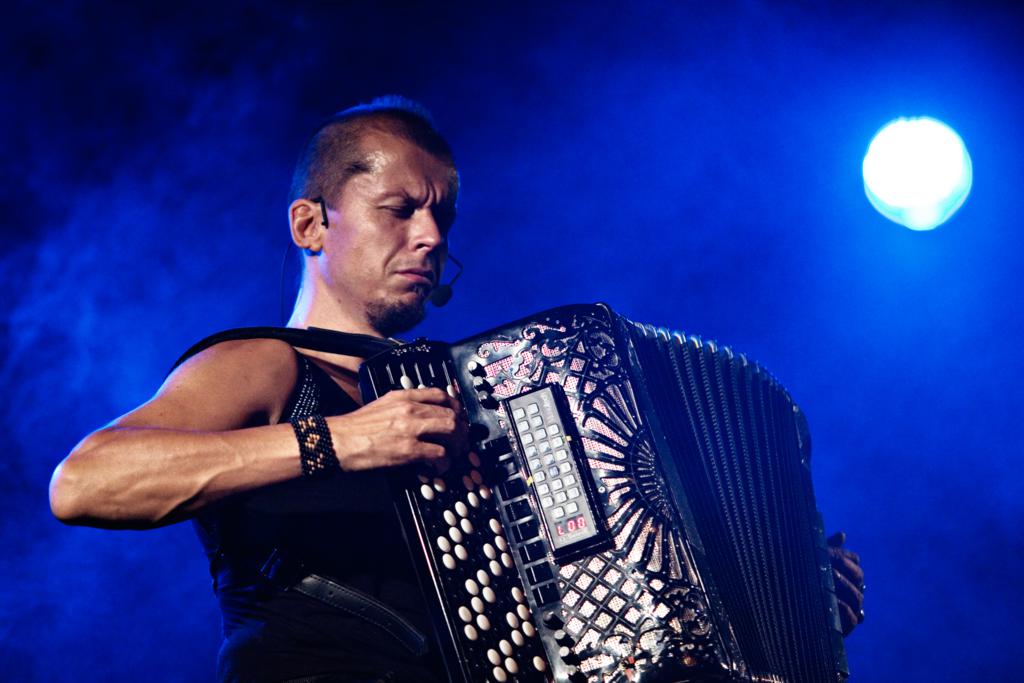 Kimmo Pohjonen is also known as “world’s most fearless accordionist” and he is also one of the most notable and popular contemporary Finnish musicians. The artist accompanies accordion with voice and visual effects.   During his career Kimmo Pohjonen has taken part in dozens of different projects, receiving prestigious awards and nominations.

An opportunity to participate at Kimmo Pohjonen’s workshop is a special present for everyone interested – it will take place on April 24, from 15:20 till 16:20 in front of Daugavpils Mark Rothko Art Center!