Daugavpils Mark Rothko Art Centre invites the visitors to the opening ceremony of new exhibition season, which will take place on April 24, 2014. 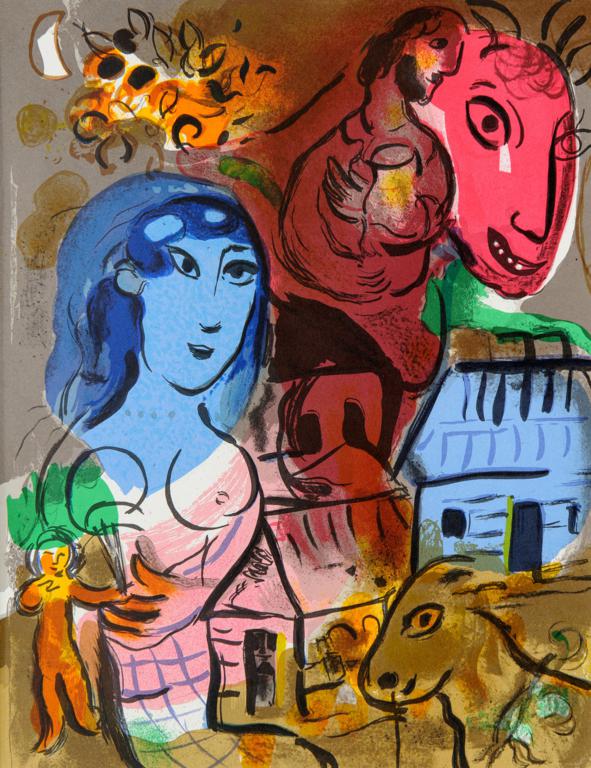 Spring declared itself not only in nature but also in art. Daugavpils Mark Rothko Art Centre invites you to join the exciting journey towards the summer and enjoy the ease, dew and bright colours of the spring which are common for the new exhibition season.

At the new season 5 exhibitions will be presented in Daugavpils Mark Rothko Art Centre:

“MARC CHAGALL AND THE EUROPEAN AVANT-GARDISTS” is the first collaboration project of Daugavpils Mark Rothko Art Centre and the Vitebsk Museum of Marc Chagall (Belarus). Besides the original artworks of Marc Chagall, the lithographs of many prominent artists of the 20th century will be exhibited, among them Braque, Matisse, Miró, Picasso.

The mysterious world created by Marc Chagall and the avant-gardists will be accompanied with the futuristic exhibition-installation “BLACK” by the Polish artist Marek Radke, who invites the visitors to participate in his initiated game of space, light, shape and colour.

The easel sculpture works by talented Daugavpils sculptress Jeļena Volkova will be shown in the exhibition “NOSTALGIA”. The exhibited artworks were mainly made during the 20th century and reflect the charismatic nature of the artist. The exhibition will be especially fascinating for the admirers of classic sculpture.

Spring-like and light moments and moods will be created by Latvian artist Anita Meldere in the exhibition “EXPRESSIONS. ABSTRACT PAINTING”. The canvases of Anita Meldere are beaming with the inner light and her marvellous energy literally pulsates in vibrations of complicated relationship between colours, which carries the viewer away.

The fresh “harvest” of spring art will be shown by the artists of the Latgale region, which already became a tradition, in the exhibition “THERE EITHER IS OR NOT!”. The artworks in different media and techniques will be included in the exposition, and the main role will be devoted to the viewer who will be allowed to build intimate relations with an artworks and make a decision if “there either is or not”!