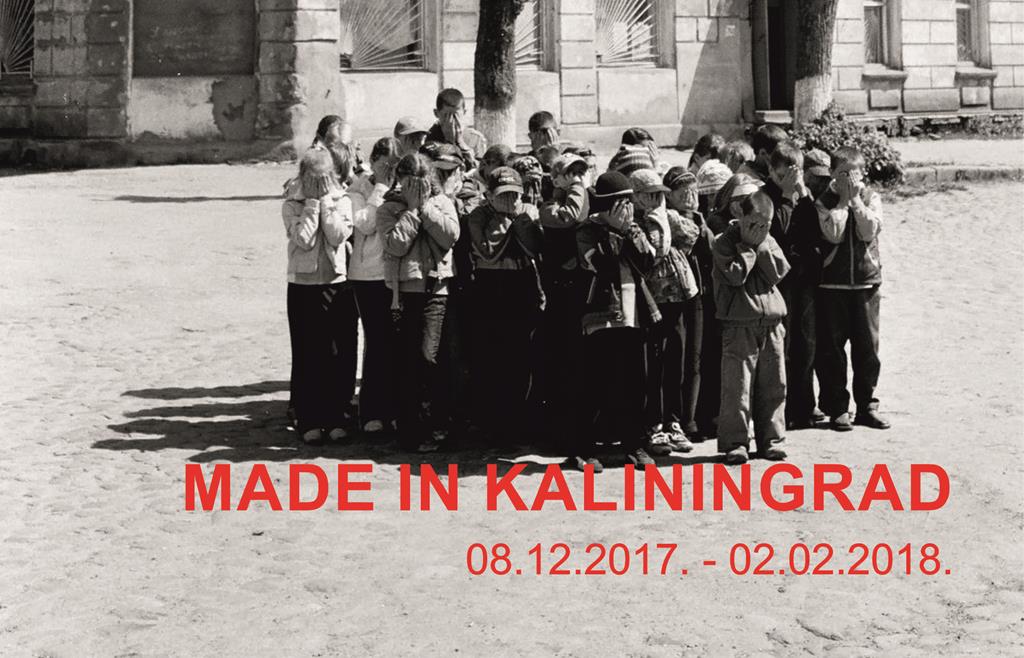 Made in Kaliningrad. Contemporary Art of Kaliningrad features works created by contemporary artists from Russia and abroad within the framework of the various projects of the Baltic Branch of Russia’s National Centre for Contemporary Arts (incorporated into ROSIZO) and united by the theme and context of Kaliningrad. This project enables international audiences to understand and to feel the environment and people that inspire contemporary artists as they seek to address some of the current issues and burning problems of today. What connotations are attached to Kaliningrad – an enclave that has no border with the metropolis? How do we make sense of words such as Soviet, Russian and national? How do ethnic and gender identities play out in everyday life and how does the social context affect humanity and privacy?

Nevertheless, the task for the curators was not to ‘answer’ on behalf of the city or the country. Free of a specific topic, the entire body of artwork forms a mosaic of the social and mental realities of today. The curators were not striving to unlock the dichotomies of ‘Russian vs. national’, ‘Koenigsberg vs. Kaliningrad’. On the contrary, the themes and subjects raised do not pertain particularly to the artists’ regional background – they are universal.

Artwork that represents Kaliningrad art ranges from installations based on traditional photography and archaeology of photography to video art and innovative technologies. Technological opportunities of contemporary art are represented by the first Russian art project based on Augmented reality technologies. The exhibition project includes artistic installations that feature social and political aspects of the life of the country, seen from different angles. The curators purposefully chose not to emphasize the local situation, the city’s theme or its historical interpretations, or the city’s brand themes such as the great ‘Russian’ philosopher Immanuel Kant, amber, the Baltic Sea and the attractive landscapes of the Curonian Spit. Instead, the main theme that pierces through the exhibition, though seemingly invisible, is a vast layer of everyday realities as seen and interpreted by the artists.

One can say that the new geography and the understanding of the fact that the city is situated at the crossroads between East and West, North and South, Russia and Europe, the Baltic Sea and the mainland, can qualify for ‘Kaliningrad’ art of today. One can also speak about a certain escape from the nostalgic idea of Koenigsberg as a set of historical fragments and types, and putting forward contemporary Kaliningrad to dominate here through raising interest towards the real city and the country, their social processes and people. Present-day artists undergo a stage of familiarization with and reframing of their own and, at the same time, foreign territory, a stage of going away from the attributed German legacy towards acquisition of their own identity, both mental and national.