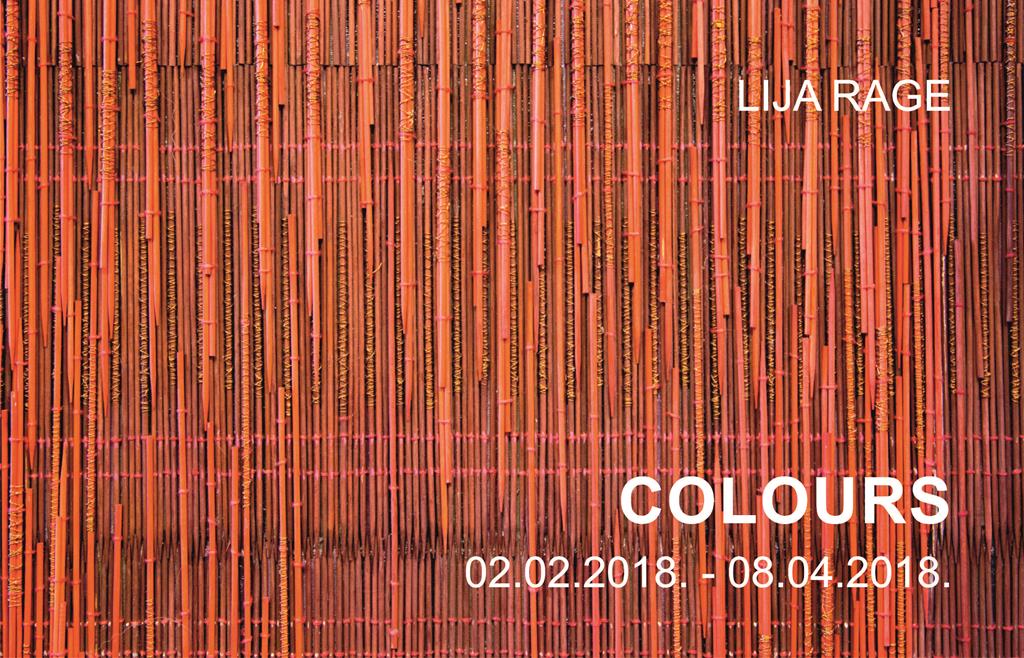 Green – the woods outside my window; blue – the endless variety of the sea; orange – the sun in a summer sky; brown, grey and black – fresh furrows and the road beneath the melting snow; red – the roses in our gardens. The colours in my work are drawn from the splendour of Latvian nature.

I create my fibre works by painting little sticks and wrapping them in copper wire, by gluing and sowing, putting layer upon layer until the work seems finished.

For digital printing, I use my own photographs. Real to begin with and taken in different seasons, they are processed until I’m left with blurred colour fields. Colour as a flash, an abstract field, a vision.

Hardly any white, but in this colour, which includes all others, I am living right now.

Textile artist Lija Rage was born in 1948. She lives and creates in Jūrmala. In 1968, Rage graduated from Rīga Secondary School of Applied Arts, in 1974 – from the Textile Department of the Art Academy of Latvia. In 2003, she gained a master’s degree from the Academy.

Rage is a member of Latvian Artists’ Union since 1976.

She has held more than 10 solo shows and participated in countless group exhibitions in Latvia and abroad.

Rage’s work is held in museum and private collections in the USA, Australia, France, Japan, Russia, Latvia, Germany and Sweden.