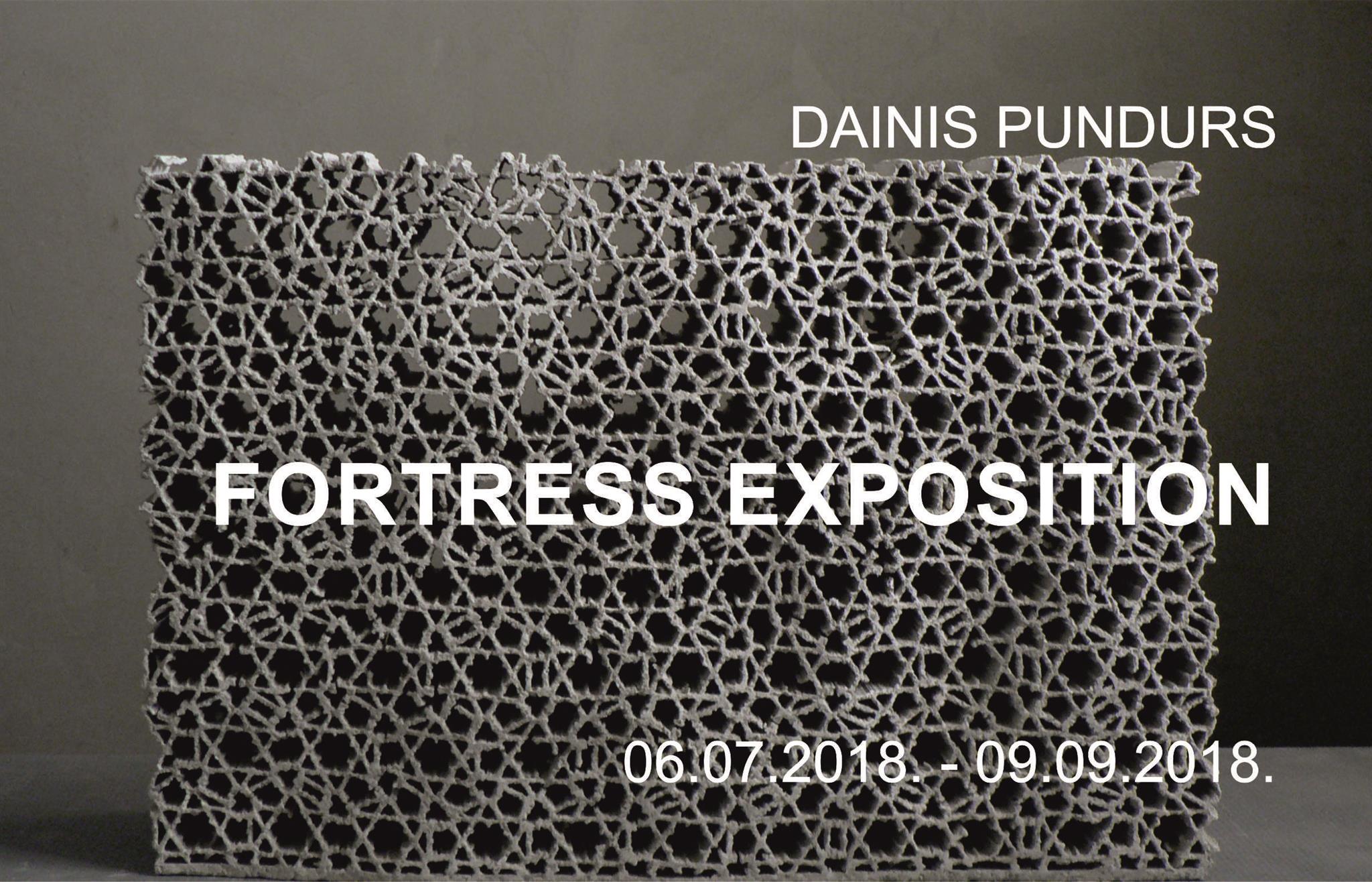 The fortress is a peculiar construction. At present, it lives the life of an exhibition space, so far-removed from its intended function. It is a particular challenge – to exhibit within these walls, built with such dour determination, my ceramic creations, some of which are as fragile as I have ever made.

In a sense, “The Fortress Exhibition” is an experiment and a new version of my ceramics, because, originally, they were created to be exhibited elsewhere.

As I make ceramic objects, I take into account the specifics of the space where they will be exhibited. Often I already know the intended exhibition space whose idiosyncrasies, through my conscious planning, ultimately reinforce the visual impact of the artefacts.

In an exhibition space, the object is different from what it is in the artist’s studio, because the latter is a very specific environment, closed to casual visitors and filled with works that are never fully finished.

When my work is exhibited, it reaches the point of completion the very moment the viewer’s eyes fall upon it. And, the viewer’s perception is, of course, affected by the spatial situation, which is constrained by a number of factors. The historical experience of the fortress cannot be erased by repairing its walls or floors. As daylight streams through these spaces and falls on my work, it gains a degree of ambiguity and opacity, which is felt rather than clearly seen.

Dainis Pundurs was born in Krāslava district in 1965. In 1986, he graduated from Rēzekne Secondary School of Applied Arts. Pundurs went on to study at the Ceramics Department of the Art Academy of Latvia, wherefrom he graduated in 1998 with a master’s degree in arts. He is a ceramics teacher at the Academy since 1992 and also used to teach ceramics in Rīga Art School. Dainis Pundurs was accepted into the Artists’ Union of Latvia in 1993. He has participated in a number of group exhibitions in Latvia, Lithuania, the USA, the Czech Republic, South Korea, Denmark, Poland, Germany, France and Estonia as well as organised 12 solo exhibitions in Latvia and abroad. Dainis Pundurs is a regular participant of different symposia, art festivals, conferences etc. In 2014, the artist was awarded the grand prix of the Museum of Decorative Arts and Design for the best creative output. Meanwhile, in 2009 he received honourable mention at the Mungyeong Traditional Tea Bowl Festival in South Korea. Furthermore, Dainis Pundurs is a master of wheel-thrown ceramics – in 2009 Estonian Ceramists Association gave him the first prize at the 12th international wheel-thrown pottery competition in Olustvere, Estonia. In 2013, for his outstanding exhibition “The Honey Mania” the artist received the Annual Award in Culture 2012 from Newspaper “Diena”. Meanwhile, in 2016 Dainis Pundurs earned the National Gold Prize of the Martinsons Award at the juried exhibition of the 1st Latvia International Ceramics Biennale.