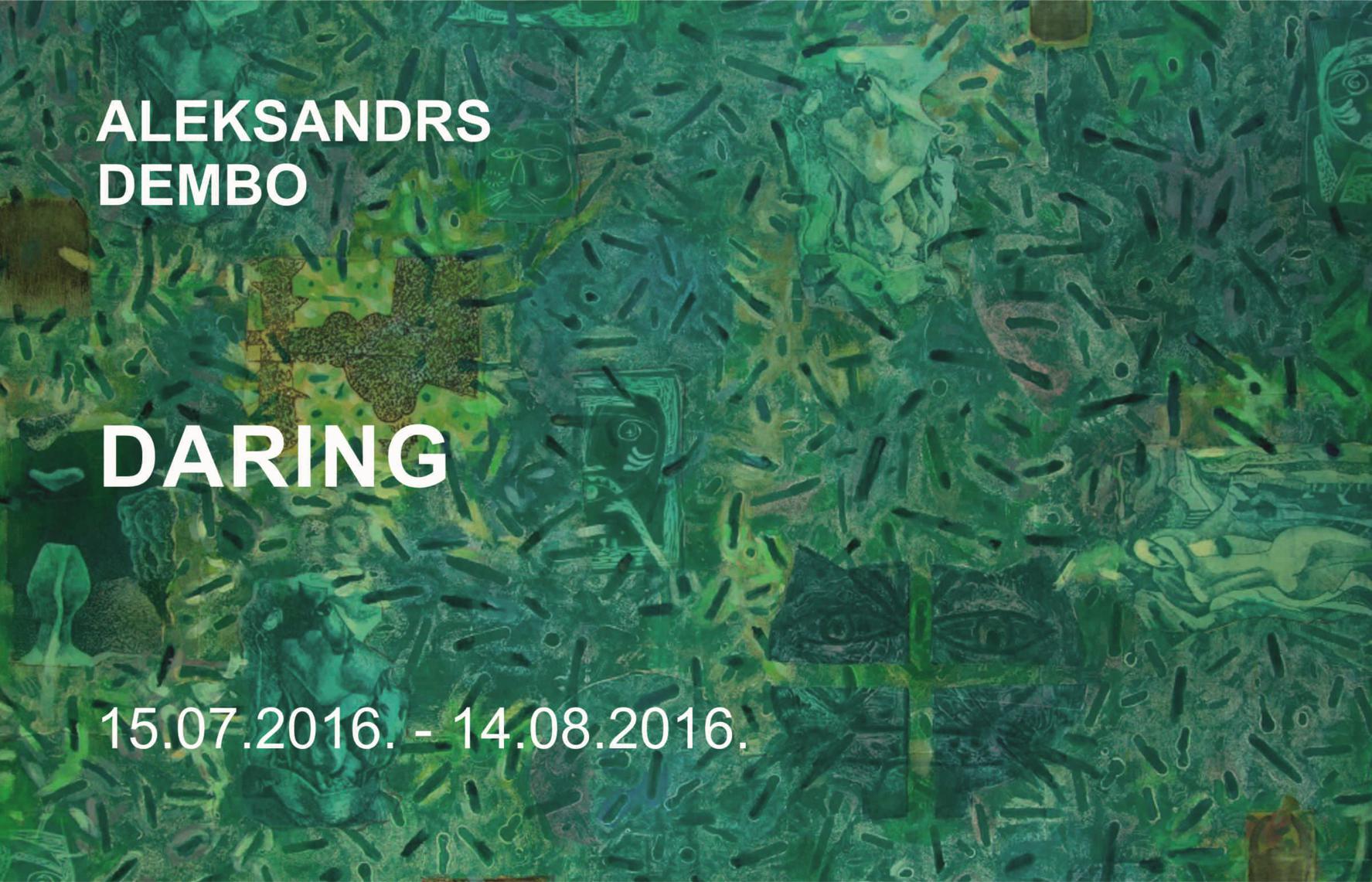 “… In a situation where you know that the world is full of art, daring is the only thing that is left… After all, the quality of art says it all.” Aleksandrs Dembo.

The valuable contribution of Aleksandrs Dembo to Latvian art, his advancement of graphic media, as well as his search of new forms cannot be overestimated. By varying the form and the content, as well as having a good knowledge of technical tools of graphic art and opportunities given by them, the artist has established his own artistic style, and with his works and his role model he has enrooted in his students a sparkle of not being afraid to dare and to break boundaries.

“Always perceiving the brightest trends and dominants of the world’s culture and art, advancing them in his own art and generously sharing them with young artists, students and colleagues, the artist has never recognized any divisions and milestones,” wrote Latvian artist J.A. Osis

Starting as far back as in the 1960s, the artist fell for the theme of Riga, which, at first in realistic compositions, later – in forms of untwisting generalizations, reveals the artist’s notes, dreams, moods and attitudes.

The artist is also attracted by the theme of fishermen and examples of Peruvian and ancient African art, and music – especially jazz, which plays a particular role in Dembo’s works. A. Dembo once said: “Music first “addressed” me in the sixties and as if “stuck” halfway. Recently, I have turned to it again. These are my feelings, my thoughts incurred in a close connection with listening to the music. I generally love music, but most of all, I love jazz. I feel that I can express it through some kind of figural, some kind of rhythmic associations. Lead singers, trumpet and saxophone players – there were a number of such small pieces, in which I captured my feelings”. (Muižniece, Rūta. Mākslinieks pārdomu. Dzimtenes Balss, 1980, No. 30.1)

In the artist’s works, one can sense influences of Picasso, Rousseau, Miró, Klee, Pollock, the presence of which Dembo has never denied. His style is vividly featured in works of the series called “Open Letters to a Friend” which, together with other great compositions from collections of the Madona Museum of Local History and Art and the Chamber of Graphic Arts are displayed in the exhibition “Daring” at the Daugavpils Mark Rothko Art Centre.

The artist was always full of fascinating ideas, which were implemented in ideal forms in numerous art shows and solo exhibitions. The artist had solo exhibitions in Riga, Moscow, St. Petersburg, Prague, Bratislava, Venice, Stockholm, Portland, Tallinn, Vilnius, Tbilisi, Bremen. He participated in group exhibitions in Riga, Moscow, St. Petersburg, Tallinn, France, Germany, Sweden, Denmark, the United States, Poland, Japan and elsewhere. A. Dembo won diplomas at the 1st and 5th Graphic Art Triennial in Tallinn, Estonia (1968, 1980). The artist held a professorship at the Latvian Academy of Arts, ran his own Master Workshop, since 1997 presided over the B – 13 Association (1993 – 1998).