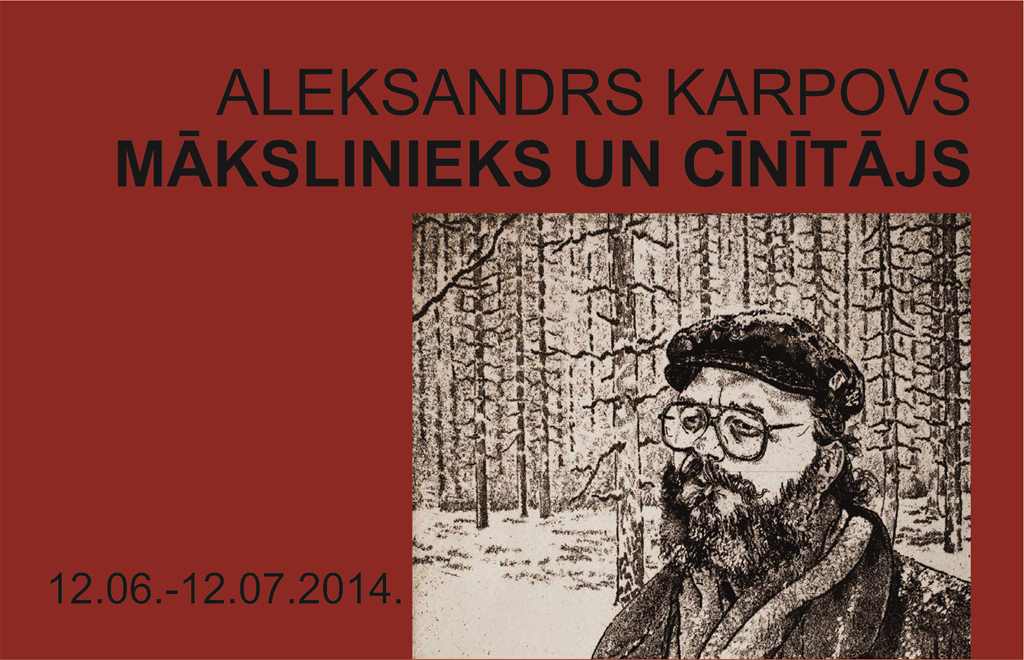 Alexander Karpov was born on March 21, 1953 in the United States (Iowa). Maternally Alexander came from a family of well-known public figure Janis Volonts who was a mayor of Daugavpils city during 14 years, and from 1938 till 1940 was a Minister of Welfare of Latvia. His mother, Lucija Volonte, narrowly escaped deportation to Siberia on June 14, 1941. In 1946, Lucija was in a transit camp in Germany, where she married Anatoly Karpov. Later family moved to USA. The family had three sons, however, nine years later Alexander’s father left the family and laid all the hardships to raise and support children on their mother. At that time Alexander was only two years old.

Despite all the difficulties, art has always been an integral part of family life. Children and their mother regularly visited art exhibitions, including exhibitions of famous artists such as Peter Paul Rubens, Francisco Goya, Vincent Willem van Gogh, Claude Monet and others. They had also studied Latvian language and culture in the family.

Alexander studied art in the University of Minnesota, where in 1990 he got a bachelor’s degree with honors. In 1991, he emigrated from America to Latvia and continued art studies. In 1993, he got a Master of Arts degree at the Academy of Fine Arts. After graduation he taught printmaking at the Rezekne Art School.

From the beginning, Alexander declared himself as a talented graphic artist working in the genre of social realism. He fully managed complex etching and lithography techniques. There are works with political plot presented at the exhibition – the artist criticizes social injustice in America and in the Soviet Latvia. Also there are many works on the monuments of history, Latvian cities and historical beauty of the architecture of these cities. His etchings and lithographs have been exhibited at many art exhibitions.