ANDREI GORGOT. A WOMAN IN TIME 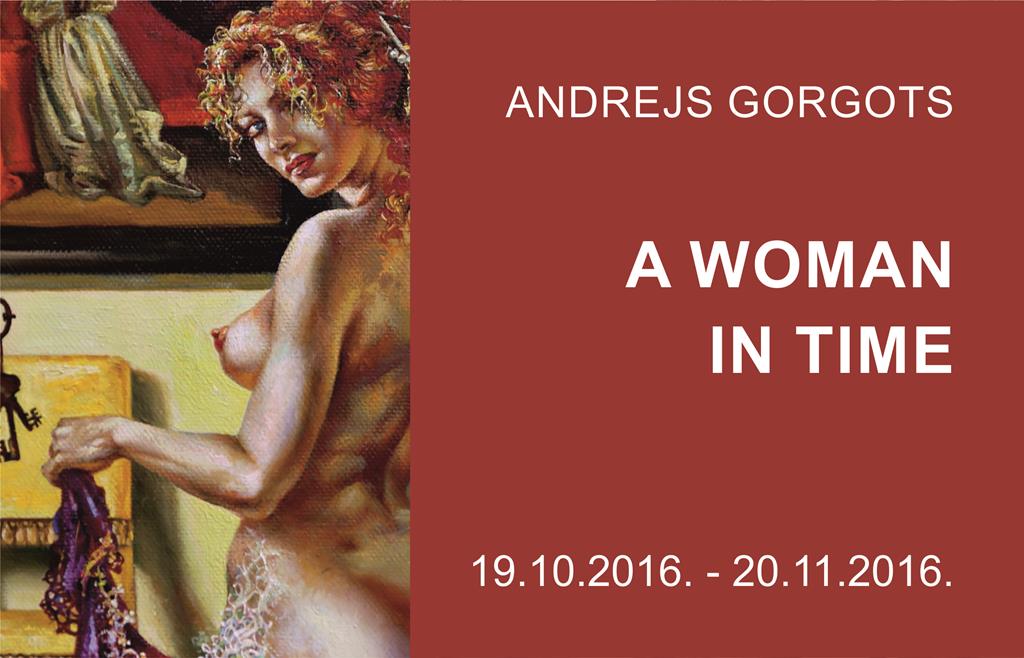 Andrei Gorgot was born on 19 October 1951 in Omsk (Russia). He started to draw at early stage of his childhood. While studying at school, he attended a fine arts studio, later – Omsk children’s art school. In 1974, he graduated from Sverdlovsk art school in Russia as a professional artist. He started his career at Omsk Art Fund, where his tasks involved decoration of the city: he created posters, decorative panels, carried out mural paintings, was engaged in interior designing of public spaces and so on. But all of his free time he devoted to his most beloved forms of art – easel-painting and graphic art.

In 1981, Andrei Gorgota moved to Nizhnevartovsk (Tyumen region, Russia). As an artist, he continued to work on development of the city’s artistic objects: he created mural paintings in catering establishments, hospitals and other facilities, and developed a genre of psychedelic compositions. He was the author of sketches of F. Dzerzhinsky monument in Nizhnevartovsk.

In 1992, the artist moves to Latvia, Jūrmala. In the resort he is engaged in the interior and light design and development of fundamental compositions, he also paints portraits, landscapes, and still lifes.

Since 2006, Andrei Gorgota lives and creates in Krāslava. The painter considers himself a follower of neo-academic direction in art inspired by surrealism, art nouveau and avant-garde. The artist is equally successful in various genres: portrait, landscape, still life, domestic scenes. His works are distinguished by richness of colours, while his portrayals carry certain ideas filled with deep meanings revealing the artist’s reflections, spiritual experiences and philosophical researches. Often Andrei uses an artistic technique that manifests in the author’s upright hints on commonly known facts, historical events, literary works, etc.

Andrei is an artist who loves to share his knowledge and skills with others. He runs art studios in Krāslava and Riga targeted at teaching art to everybody who is interested in it.

Andrei Gorgota has participated in more than 30 solo and group exhibitions in both Latvia and abroad. He is an honorary member of the Czech Psi Academy, a full member of the Academy of Natural Sciences (Hannover), a member of the Russian Artists Union in Paris (France). His works are found in private collections throughout the world.

Our exhibition “A Woman in Time” shows works from his personal collection. It is a gallery of images of women featuring the artist’s creative and life position. In addition, his works reveal the author’s love and passion for Paris.