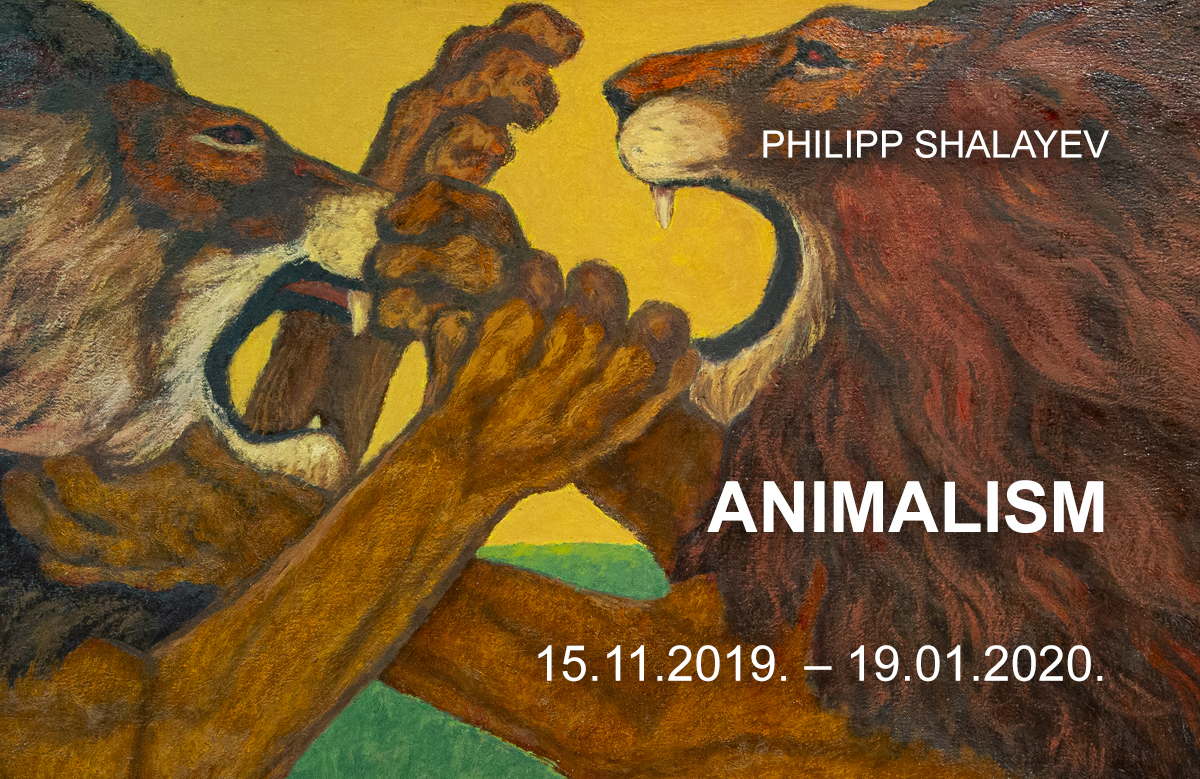 Philipp Shalayev (1929, Russia – 2008, Latvia) – “worker and painter”, representative of naïve art, animalist and portraitist. He organised his first exhibition while still at school, just 11 years old. He had been no stranger to hard labour since teenage years: barely 14 years old, he was helping his mother in hard rural jobs, initially on a farm, later in a railway support station; a few years were spent in a shoe workshop. Having trained as a high-class instrument mechanic, Shalayev started working at a turbomechanic plant in Rīga. Initially, he learnt drawing and painting through self-schooling, mainly from art books. Later, at the age of 32, Shalayev joined the arts studio at the culture centre of State Electrotechnical Factory, where he studied under the tutelage of prominent Latvian painter, Uldis Zemzars. As Shalayev’s first art teacher, Zemzars made the following comment on his work: “His art is expressive. He is friends with nature and animals. [..] That is why he paints his beasts with a human soul, primarily, his own. We look at his wolf, bear or tiger, and, through them, he looks back at us, speaks to us.”

The artist’s work is primarily animalistic. Shalayev preferred to paint tigers, lions, wolves and other big cats, inspired by the sight of stray cats he observed near his studio. Shalayev painted animals as noble, admirable and bewildering creatures in realistic natural settings, often with babies or while hunting.

“Maybe workers still don’t fully understand how much people need animals, although animals could also survive without us. So don’t be surprised that, having spent most of my day in a factory, I’d rather paint tigers.” /Philipp Shalayev/

The artist garnered accolades at several amateur shows throughout Soviet Union. His first solo exhibition was held in 1975 at the Latvian Museum of Nature. Then, in the exhibition catalogue, Shalayev was identified as a “worker and painter” because the only time he had for art was his off-duty hours. Since then, Shalayev’s work has been exhibited both in Latvia and abroad: in Russia, Germany and the Netherlands.