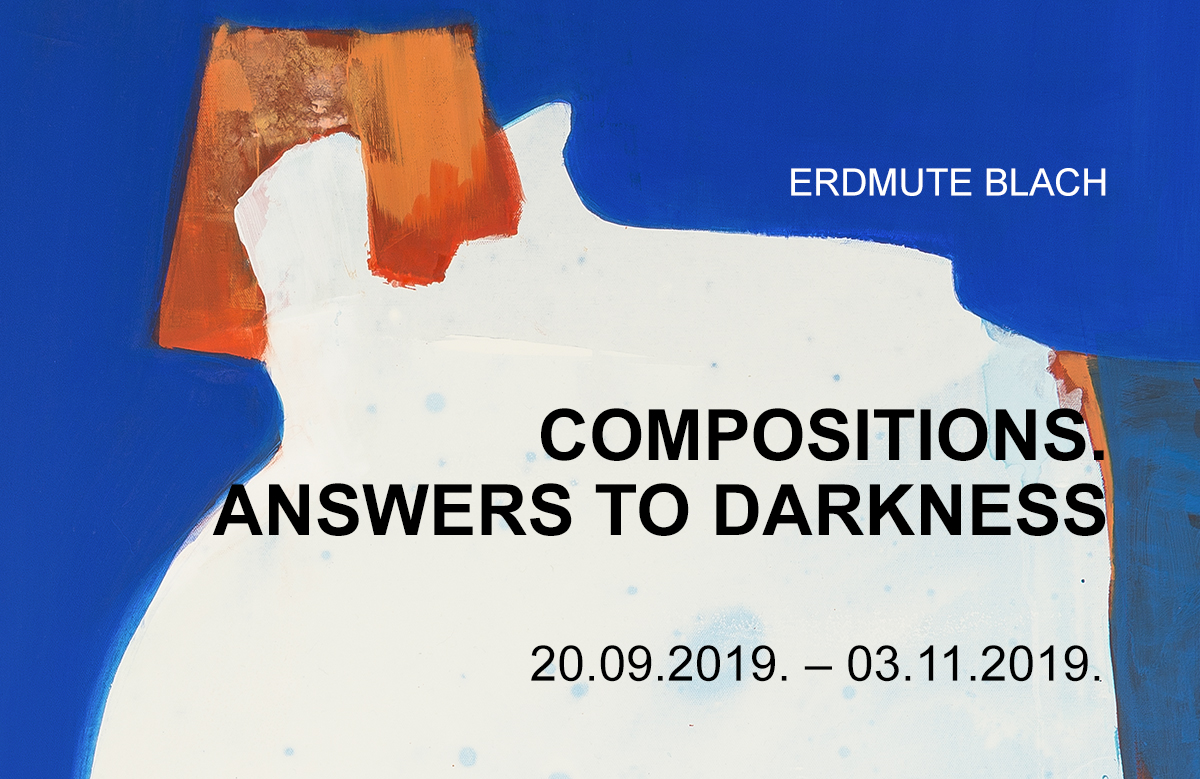 There is no monochrome painting; there is no figurative painting. The almost monochrome, ‘In Daugavpils’, could be a starting point for contemplation. It is an exercise in the limiting of a tone, the capturing of deviations, the keeping of something within a frame.

The colours in general are unique mixtures. They are colours without names. It would be easy to say this is a picture in red, this is one in blue: But, what does that mean? How should it be named?

The paintings have titles or remain untitled. Most titles refer to musical inventories, display methods of composition and classification, variation and interlude, calling to mind one of Satie’s musical directions: “Open your head”.

Distance is invoked, ‘Swedish Variations’, a concrete place. A place is likewise named in ‘In Daugavpils’, where the paintings can now be seen.

Fifteen paintings are called Variation. There is a tacit assumption about what a variation is, the altered repetition of something. But, the word ‘variatio’ originally emphasised difference. This can of course only become visible when the same thing also exists. Only in the realm of music, a strict theory of variation dominates. That which stays the same is named: a theme, and that which changes: rhythm, melody, harmony, dynamic. The changed elements enrich the connection by belying simple repetition.

Common to both musical and painterly variations alike is the need for clearly outlined parts that build a whole. Painterly multiplication produces a certain similarity within the paintings. Their meaning can be strengthened through ostentatious curating so that repetition, alongside form and colour, becomes visible as an artistic strategy.

At first glance, the absence of the figurative creates a strong, offensive self-referentiality. It would be a mistake to assume that where no-thing is painted, nothing is shown. For the viewer, similarities result from the serial character of abstraction. Abstraction as a process forms the requirements of viewing, hinting at such similarities.

Abstraction is a transformation, not a forgetting; an observation that picks up on Rilke’s notion that any picture is preceded by a material stimulation. In the transformation of the material into the painting, he sees a disclosure of personality.

It shows what has emerged from Erdmute Blach’s continued work on the concept of process: a specific view of the world. The world is unavoidably there. Even outside painting, the world consists of colours, surfaces, forms. Abstraction is only one way of dealing with it.

The avoidance of figuration is not a refusal to be understood. Repetition produces concentration, permits a viewpoint, the obvious begins to be self-evident. What is to be seen here becomes clear. The colours.

Enabling conversation is one of their qualities. Viewing answers the paintings. Irrespective of when viewing begins, the exploration takes place. There is no monochrome painting, no figurative. None of the colours have names. As soon as the viewer names them, she replies to the paintings. Every name responds to the light just as each painting responds to darkness. Every painting and every image is an objection to darkness. As the poet says: “Of the several answers to darkness, better than sleep …”