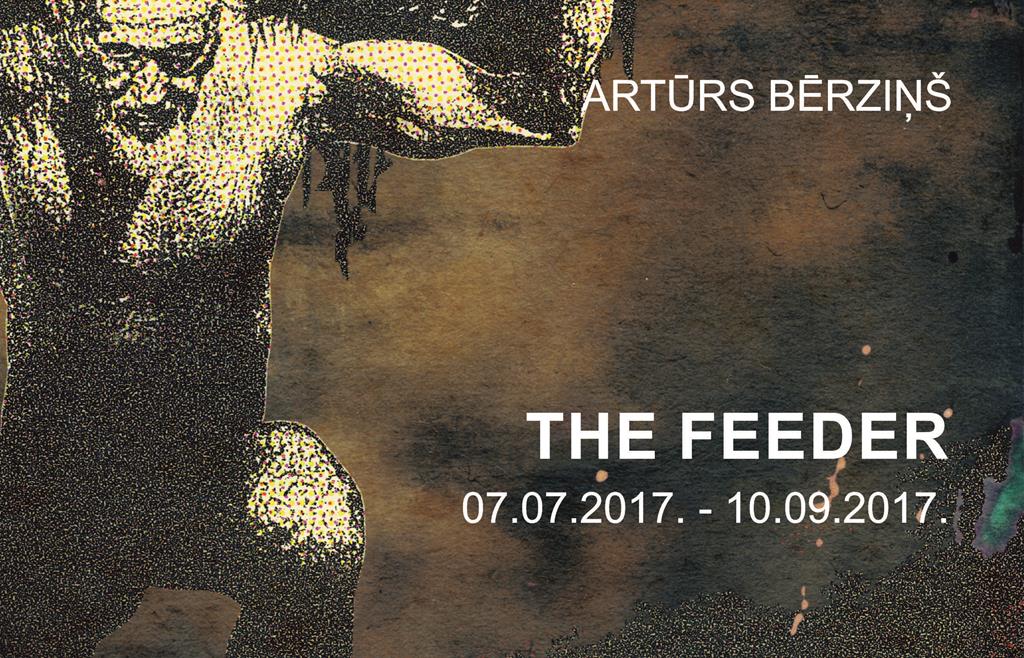 The artist does not stop, but continues to reflect on the interaction between various types of populism and mythologemes and the recipient, easily, ironically, and yet – sensitively balancing between the content and the form of the ambiguously compatible, while “feeding” and “being fed”.

The word “feeder” widely and – at the same time – narrowly merges the message to the viewer, while viewing retrospection of the artist’s best early work, as well as new works and installations, directly and without exaggeration revealing the artist’s understanding and essence of things, key components of incompatible games and often deliberately mixed or provocatively changed rules of the game for himself and others.

The artist’s creative work is characterized by his intense imagery, idealized dreaminess and vibrant eroticism of various chords­, and this is brightened by decorativeness in its designal sense which now is specific only for Artūrs Bērziņš in the scene of Latvian art. An essential part of his works in regard to revelation of content, are people who often remind us of imperceptible, even mythical images, while at the same time the hidden meaning of works suggests an in-depth focus on the subject of human psychological problems and pains, as well as on painful socio-political issues. By means of fine fantasy, the artist shows relationships between women and men, contacts and attraction between them. Many works, with their provocative nature, give rise to a wide range of emotions in viewers, while precisely describing man’s inner contradictions in their emotional experiences.

The concept of the exhibition displayed in Daugavpils Mark Rothko Art Centre is based on a meta-modernistic imperative – a delicate fluctuation between the fundamentalist idealism of modernism, openness and the approach of ironic gameplay of post-modernism, alienation and suspicion.

Artūrs Bērziņš was born on 20 April 1983, in Riga. He received his professional education at J. Rozentāls Riga Art Secondary School and the Visual Communication Department of the Art Academy of Latvia, where he received a Bachelor’s degree in 2009 and a Master’s degree in 2012. He is a member of the Latvian Artists’ Union as from 2011. Since 2001, the artist actively participates in exhibitions: he has held 5 solo exhibitions in Latvia and participated in 49 group exhibition and art festivals in Latvia and abroad. The talented and the original artist views painting as his main area of activities, and yet he is equally successful in computer graphics, music, photography, and video art. He has also directed several animated films. In spring of 2017, he debuted in literature with his book “The Spinners of the Universe”.