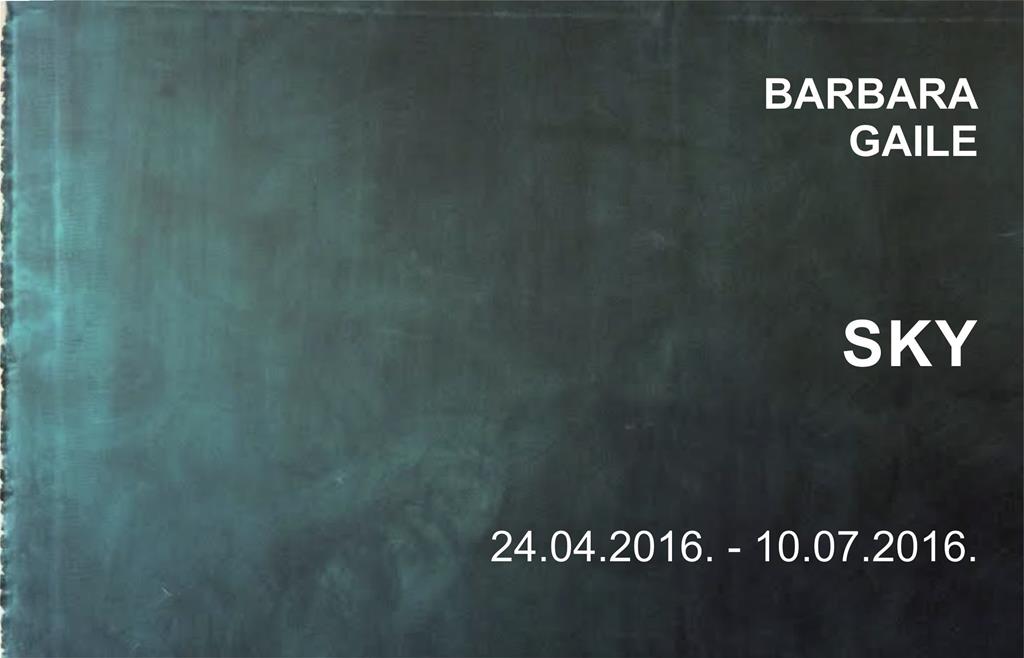 My solo exhibition Sky has been envisaged as a personal tribute to Mark Rothko and the undeniably great significance of his art in the development of my own creative activity (especially in the early period). The idea of the exhibition is based on a study of what kind of sight or view would have been seen by the first human or primeval man. Bearing in mind the geographical and topographical changes that keep taking place on Earth, any attempts to find an unchanging, constant landscape would be futile. One can argue that the sea is the one thing that has remained unchanged over the millennia (this is the opinion of Hiroshi Sugimoto). One might agree to that but taking into account that not everywhere on Earth the sea is visible or accessible and not everyone has seen the sea in their lifetime, I wanted to develop this exploration in a more precise and at the same time more minimalistic direction. I would certainly wish to claim that the sky is the one sight or view that early man saw in the same unchanging way that we see it today.

The sky is identified with its changeability; we don’t need to be reminded that the colour and tonality of the sky keeps changing every moment of the day and tomorrow they won’t be the same as they were today or the day before yesterday. An essential aspect of the sky is its diversity; due to various geographical and astronomical considerations, it is not the same in the Antarctic as above the island of Kos or in Daugavpils region as above the island of Okinawa. Nevertheless, we have to admit that the sky as a whole and in general is constant and independent if we assume that ancient man saw it like we do and we see it the way ancient men saw it many thousands of years ago. This contradictory and paradoxical assertion excites me and makes me think about how, during his existence, man has always looked up at the sky. Just like I do every day. When I look up at the sky, what am I actually looking at and seeing? Is it the changing accumulations of cloud masses or the light blue ozone layer whose wonderful tone is formed by the interplay of air, water and sun? Or perhaps I see the Universe (which is beyond the ozone layer) and its infiniteness? I can’t say I’m looking into infinity (which, due to limitations of human mind, is difficult to apprehend) and it is possible to do this endlessly. I find this activity or act of man who has been looking into infinity since ancient times highly significant and particularly typical to man’s being and existence. And in reality, when man looks into the infinity of the sky, isn’t he hoping to see himself?