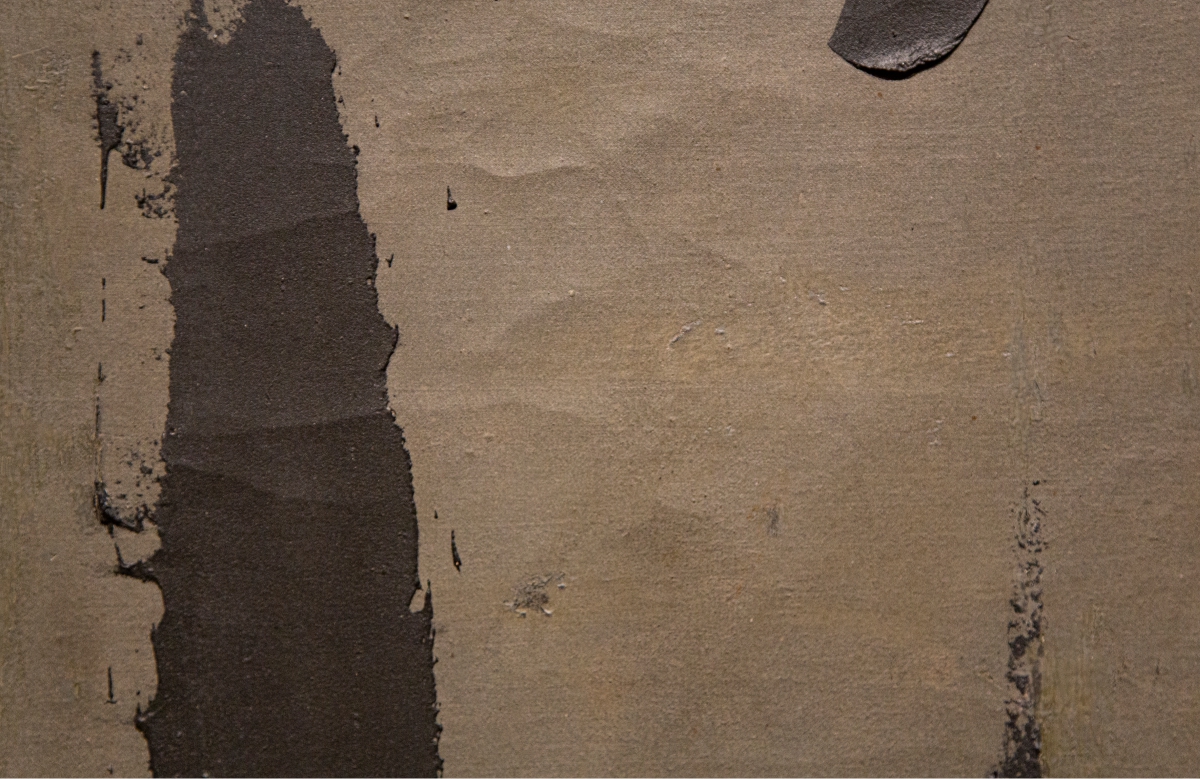 “I am not inclined to attach great value to words. Works created from words are only a performance but not a creation. They are limited. They are only mere reflections of the direct perception. I would rather value works that grow out in the direct process of work. Painting should take place just in the physical world.

The first creative idea lacks form. It is a pure essence that does not contain means of expression in itself. But then there is a second created stage of the idea with form and development which can be expressed in symbols.” /S. Vīdzirkste/

Latvian émigré artist Sigurds Vīdzirkste was born in Daugavpils on 10 February 1928. He received his first artistic training under the tutelage of artist Jānis Kalmīte while still at elementary school, which he attended in Rīga. Later, he went on to pursue tertiary education at the Chemistry Department of Rīga State Engineering College. In 1944, Vīdzirkste and his family fled to Märbeck, Germany, as wartime refugees; there he trained under Latvian painter Voldemārs Tone. In 1950, Vīdzirkste emigrated to the U.S. Once there, he settled in New York, a major art hub of its time. He took on abstract painting and attended New York’s Art Students League, where such illustrious abstract expressionists as Mark Rothko, Jackson Pollock, Barnett Newman, Clifford Still, etc. had also honed their skills. At the Arts Students League, Vīdzirkste attended the workshop of Will Barnet.

In the early 1950s, he was among New York’s first Latvian artists who began exhibiting their work. Initially, Vīdzirkste was heavily influenced by American abstract expressionists, including Mark Rothko and Willem de Kooning, as well as by European painters Jean Dubuffet and Antoni Tapies. As time went by, he began to actively seek new forms of artistic expression, frequently through unexpected integrations of exact sciences such ad chemistry, mathematics, astronomy, philosophy and music into his work.

Vīdzirkste’s artistic style was also affected by the grand historic events of the second half of the 20th century and by developments in his personal life. The latter included his service in the U.S. navy, numerous trips to Europe and several years of residence in Spain, his work as an audio-visual specialist at New York’s Federal Reserve Bank where he spent fifteen years making statistical maps, as well as his active involvement with the creative association of Latvian exiles “Hell’s Kitchen”.

Vīdzirkste’s individual style and technique, underpinned by the laws of cybernetics and the artist’s knowledge in various fields beyond art, developed in the early 1960s. The artist left his new large-scale works untitled and undated and referred to them as ‘cybernetic canvases’ (1963). Their hallmark feature were raised dot-like protrusions or bumps arranged in a systematically defined rhythmical pattern across a nearly monochrome canvas. In 1968, Vīdzirkste had the first eponymous solo exhibition of his “Cybernetic Canvas” at Kips Bay Gallery, New York.

When he commented on his paintings, Vīdzirkste always stressed the importance of their content and emotional quality. As the artist’s contemporary Jānis Krēsliņš put it in the Latvian expat journal “Jaunā Gaita”, which he had also cooperated with, “Vīdzirkste is an abstractionist. And yet, he does not acknowledge most of those who paint in the abstract way; in his view, they play with colour and aesthetics, and also mimic each other. In his own art, Vīdzirkste wanted to be direct, simple and honest.” (1961)

Much like other émigré artists, the work of New York’s artist Vīdzirkste was virtually unknown in Latvia until late 20th century. He had participated in group shows and held a number of solo exhibitions across the United States (in New York, Chicago, Boston, Philadelphia, New Hope, etc.), but the first public showing of Vīdzirkste’s art in Latvia came only twenty years after his death, in a memorial exhibition at the Art Museum “Arsenāls” in 1995. Sigurds Vīdzirkste made a lasting contribution to the development of abstract painting and may rightly be considered the pioneer of cybernetic painting in the U.S.

Artwork by Sigurds Vīdzirkste is held in several private and museum collections in Latvia, including the Latvian National Museum of Art, and in the United States. Daugavpils Mark Rothko Arts Centre acquired his work through recent purchases made with the support of Basil Alkazzi Acquisitions Fund and through donations from artist Daina Dagnija (1937-2019).