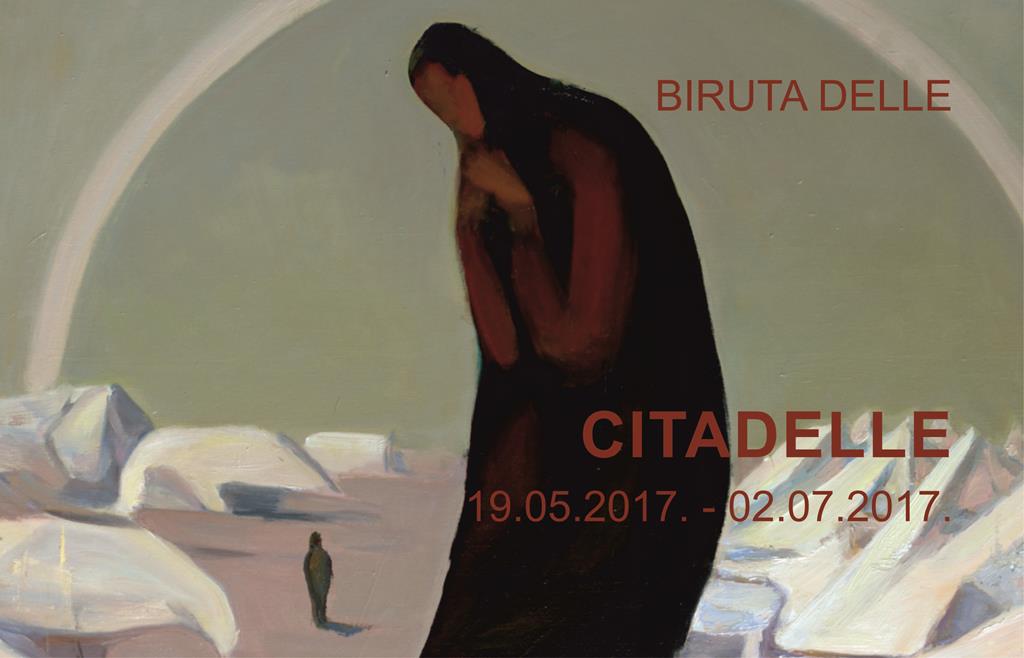 Biruta Delle – an Artist, a Dissident, a Classic, an Old Master, who is endowed with an absolute sense of colour – all these terms describe her and yet they are too insufficient and superficial to fully illustrate her personality. Light and time are parents of Biruta. She has inherited her mother’s heart, the father’s wisdom.

Then, what is the foundation on which Biruta creates her miracles in painting – it is light that shines on her and our life that is in each of us and surrounds us. This light settles on leaves, snow, branches, wind, and everything that is essential for us, proving existence of life and living. Everything is vanishing – be it snow, relationships, politics, but Biruta’s light stays in her paintings. Even the light that shines into fire of Biruta’s art, even the shadow of fire feels equal to the artist’s talent. There is not one thing in Biruta’s paintings that is not affected by light, only light and its life in nature, nothing excessive and nothing beyond it. Biruta is a genius who was created by life itself, in which the artist has gone through a lot of tragedy and destruction. The dramatic life has freed Biruta from the burden if fabrications and hypocrisy, leaving the ability to see the essential – light, the light that brings shine on all and everything.

Biruta describes herself as a worker who works on the lathe machine, who only paints homes of light surrounding us.  She is a follower of fundamentalist values ​​that change without changing her.

Biruta is a wind that rustles across earth, leaving only traces of light and laconism. These traces are the ones that compose the Special World of Biruta’s art.

Biruta Delle studied at the Latvian State Academy of Art (1964-1967), and K. Ubāns was one of the most important teachers of her. Since 1967, the artist takes part at exhibitions.

Her paintings are found in stack rooms of the National Art Museum. Her paintings are in private collections in the USA, Australia, Germany, Sweden, France. Since 1975 the artist is a member of the Artists’ Union.

Films: “Dominant”, directed by I. Brūvere; In production – “CITADELLE”, produced by Krīta Aplis