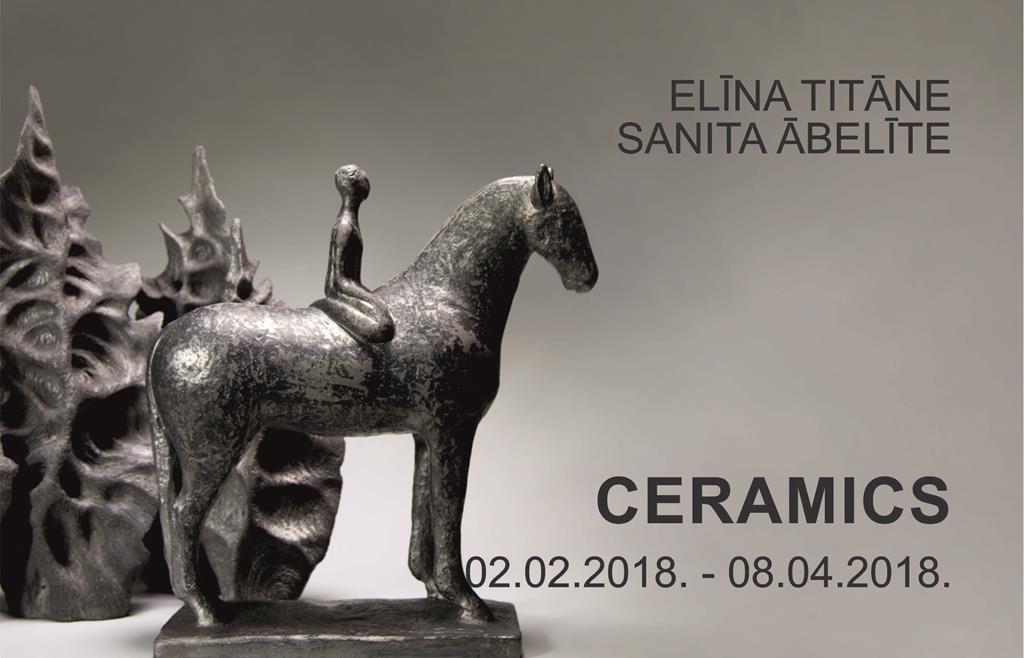 Full moon – that is how two outstanding artists, Elīna Titāne and Sanita Ābelīte, describe their exhibition. Full moon was shining during a ceramics residency that had the artists live and work side by side at Daugavpils Fortress. Coincidentally, full moon was also shining whenever Elīna Titāne and Sanita Ābelīte returned to Daugavpils later on. As it happens, even the opening of the artists’ joint exhibition occurs with a full moon casting its light upon their work.

Elīna Titāne was born in Rīga in 1978. She studied at the Rīga Secondary School for Design and Fine Arts (1998-2002). In 2008, Titāne gained a master’s degree from the Ceramics Department of the Art Academy of Latvia, having been admitted into the Latvian Artists’ Union in 2007. Titāne exhibits her work in group shows both in Latvia and abroad since 2003. So far, she has held more than 10 solo exhibitions and participated in a number of ceramic art symposia and residencies in Latvia, Italy, Denmark, Germany, Belarus, Poland, Tunisia, Egypt, Finland, Russia, China, North Cyprus, Moldova and Croatia. “To me, art is not an idea but its expression. Expression of inspiration in a tangible form – be it through clay, paper or canvas. The material sets the course of the creative process, and yet, its role is secondary. Expression, which can be achieved in a sketch with relative speed, is somewhat drawn-out in ceramics – creation of artwork can stretch for days, weeks and even months. This interplay with matter is remarkable not only throughout the creative process but also while the work is exhibited. Place, time and material – they all determine the process of creation as much as its outcome. The intensity and first-rate professional working conditions of the residency enabled me to create the artwork displayed in this exhibition in a relatively short time”, says Elīna Titāne.

Sanita Ābelīte was born in Kuldīga in 1978. A 2004 graduate from Liepāja Secondary School for Applied Arts, she gained a master’s degree in arts from the Ceramics Department of the Art Academy of Latvia in 2010. Since 2006, the artist has held several solo exhibitions and participated in a number of symposia, residencies and group shows throughout Latvia as well as in Denmark, Belarus, Italy, Northern Cyprus, China and elsewhere. Asked to comment on her creative work, Ābelīte explains: “I opened my own studio and began independent creative work, having purchased a kiln the year after my graduation from the academy. It was a conscious choice, a turning point, if you like. My studio is where I can work without being bothered. It has all the necessary conditions and circumstances for artistic creation. All the while, I continue to learn about the material and about myself. It is an endless process, which makes it all the more interesting. I am fascinated by the many ways of burning ceramic objects and by the wealth of materials found in the world of ceramics. I am inspired by nature, travelling and new acquaintances. For this exhibition, I created moonlit compositions featuring young girls, horses and trees. Each work tells a distinct emotional story.”