CHARM OF THE VICTORIAN FASHION Collection of Alexandre Vassiliev 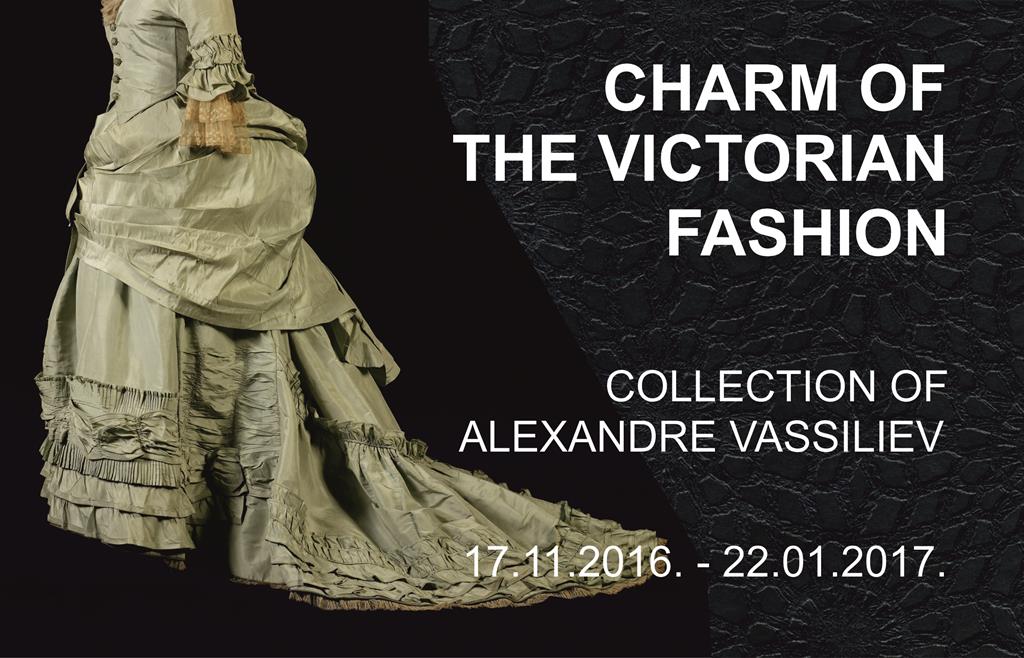 For the second time, in the result of a successful cooperation, Daugavpils Mark Rothko Art Centre is presenting an exhibition from the collection of Alexander Vassiliev. This exhibition is a unique project of high artistic and cultural significance. It is the first time in Eastern Latvia to have such a rare opportunity to show a collection of authentic women’s clothing characterizing cultural environment and fashion of people who lived in the period of reign of Queen Victoria (1837-1901).

The display is comprised of about 50-60 garments and numerous accessories worn by the people mapping a vast geographic area: the territories of England, France, Italy, Germany, and Austro-Hungary, moreover it shows clothing of different styles, beginning with Romanticism and up to Art Nouveau. The display is also comprised of more than 150 accessories including hand fans, parasols and umbrellas, hats, jewellery, purses, vests, corsets, lorgnettes, as well as many other fashion items now discarded from our daily usage dooming them to complete oblivion.

Visitors can admire such rarities as stocking bands, dance cards, hair combs, purses, and cigarette cases. Haute Couture clothing manufactured by the most prominent fashion houses such as Parisian Worth (founded in 1857), Doucet and Paquin also are on show.

Various ball gowns and taffeta crinolines typical for the period from 1850 to 1860, as well as tournure gowns for leisurely strolls in parks and ball gowns with trains are of a special interest.

The last decade of the 19th century witnessed the victorious advent of Art Nouveau, which was greatly influenced by the artistic movement of Japonism. Fabrics dyed in bright and intense aniline colours gave way to those of soft pastel shades and transparent light colours. Fashionable gowns were decorated with floral prints, especially favouring designs of irises, poppies, and hortensias. This trend was consequently in fashion also in other fields of decorative arts of the 1890s to 1900s and can be identified through such fashion accessories as hand fans, embroideries, and jewellery.

The exhibition is supplemented with large-size vintage photo copies, as well as oil paintings and watercolours – predominantly portraits from the 2nd half of the 19th century, selected by Alexandre Vassiliev from his vast fashion collection of the 1850s to 1900s. Being in background, they altogether create a very special atmosphere of life and fashion of the time.

Alexandre Vassiliev’s collection, which is extremely rich in all kinds of fashion articles, is located in Paris, and it took him 30 years to assemble it. In the course of these years it has travelled extensively and has been exhibited in many countries of the world. Before its arrival to Daugavpils,  the alike exhibitions were held in Riga, Vilnius, Paris, London, Tallinn, Brussels, Istanbul, Moscow, Sidney, Hong Kong, Tokyo, and Santiago, and as a rule the venues always are museums of decorative art and fashion, as well as museums of art institutes. Alexandre Vassiliev’s collection counts about 50 000 fashion garments and accessories from the 18th century up to the 21st century. The collection is constantly being supplemented with new donations and acquisitions from auctions and antique shops.