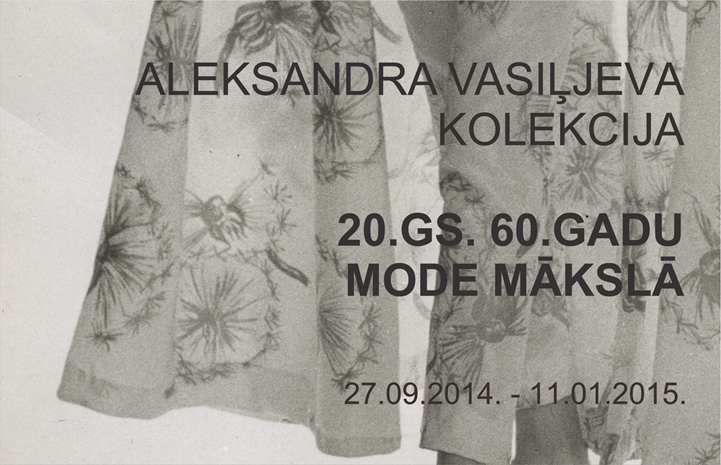 Fashion of the 60s of the 20th Century in Art

For the first time in Daugavpils, a small part of Alexandre Vassiliev unique collection of clothes can be seen at the exhibition “Fashion of the 60s of the 20th Century in Art”. Alexandre Vassiliev is a well-known stage designer, interior designer, art scientist, fashion historian, author of popular books and essays, excellent lecturer, author and leader of TV shows. He has one of the richest private historical dress collections in the world which includes more than 50 thousand exhibits and covers the period from the 18th century up to nowadays. The exhibition shows not only the clothing, but also footwear, accessories, photographs, pictures. The collection is kept in Paris and Lithuania, and it is constantly supplemented by donations and purchases on sales and in antiquarian shops.

The exhibition “Fashion of the 60s of the 20th Century in Art” is devoted to the changing fashion of the 60s of the previous century. This was the time when mini-skirts were created, tights invented, jeans came into fashion and unisex style appeared. The part of the unique articles from Alexandre Vassiliev private collection displayed at the exhibition gives a full notion about fashion of the 60s of the previous century.  The exhibition shows dresses made by the legendary haute couture fashion houses Chanel, Christian Dior, Pierre Balmain, Yves Saint Laurent, Balenciaga, Nina Ricci, Jean Lanvin, Pierre Cardin, Andre Courreges, Guy Laroche, Oleg Cassini, Irene Galitzine. Along with these clothes, products from other less popular fashion ateliers of that time – Anne Sorrente, Valentina, Mansfield, Lord Tailor, J. Bernardon – as well as works by unknown designers can be seen at this exhibition.

Along with dresses and other articles of clothing, the style of that period is perfectly represented by footwear and accessories – hats, bijouterie and handbags – produced by well-known firms. Paintings, copies of vintage photographs depicting fashion tendencies of the 60s are also demonstrated at the exhibition.