COLOURS OF KURZEME / Group exhibition of artists from Talsi 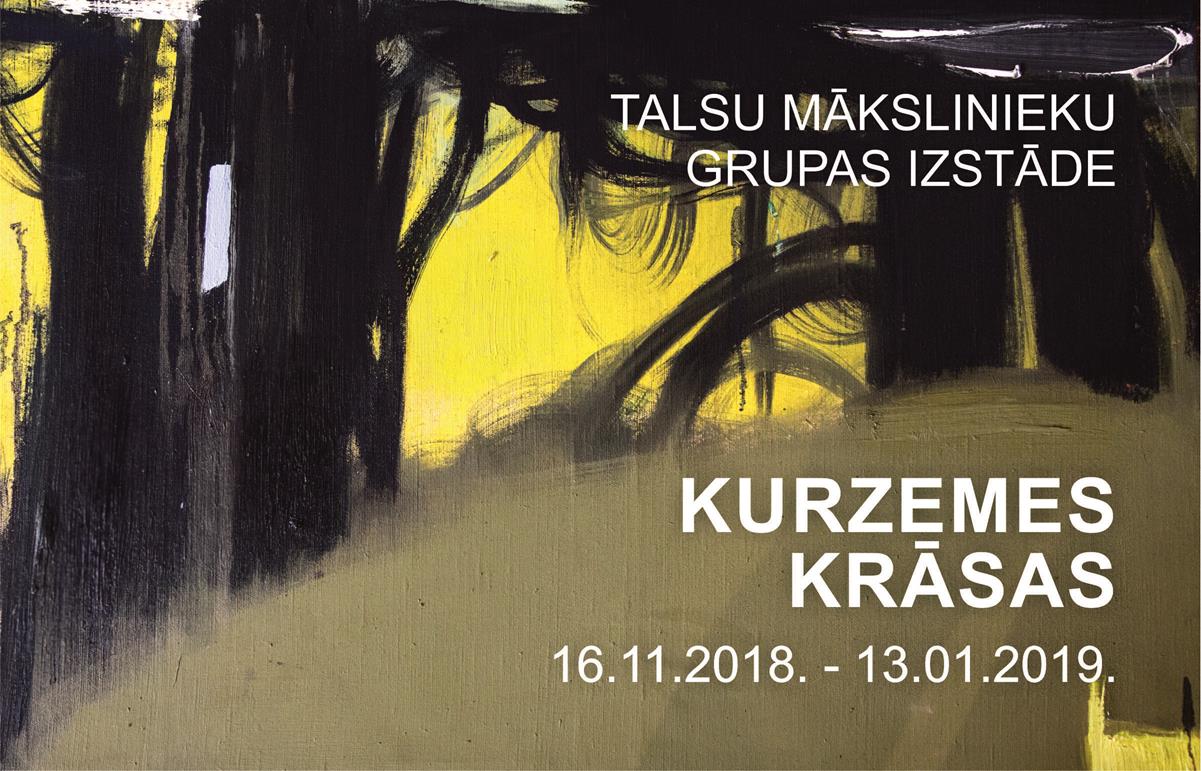 Owing to its location in the west of Latvia, Kurzeme is probably less known in Daugavpils and Latgale than geographically closer regions such as Vidzeme or Sēlija… Perhaps the same is true with local knowledge about the art and artists of Kurzeme. Some art theorists have questioned the concept of a locally specific Kurzeme art… And yet, for over 30 years the name of an art group from Talsi, popularly known as the Talsi Bush Art Group, rings loud and clear across Latvian art space.

As luck would have it, this group has brought together artists who were born in roughly the same decade (around 1950). People with similar views on art and the world at large. One might even say they are on the same wavelength… Everything started to happen during plein airs and joint goings out into nature. This experience gave the art group expressiveness and a rich colour palette. The wind, the rain, the change of seasons, the contrasts of sunsets and brewing storms have made Talsi artists into something more than mere painters of nature as it is. They all gradually developed their own pictorial language – moving away from reality or coming back to it, but always with a very calculated and personal approach. In addition to that, friendships, bohemian assemblies and a good sense of humour have been essential to the group’s sustainability. In 1987, as some of the very first art groups outside Rīga, the Talsi group began organising conceptual exhibitions (“Flood in Talsi”). The first one was followed by others: “Talsi Court”, “Talsi Honour”, “I Can Do it Too” and so on. Since the 1990s, with the establishment of Pedvāle Open Air Art Museum, the artists were able to make objects, installations and performances and participate in other museum activities. Yet lately the group has developed in the field of fine art: painters, graphic artists and photographers who form the group’s nexus of roughly 13 artists organise exhibitions in Kurzeme and elsewhere in the country as well as represent Latvia and Talsi abroad in countries such as Denmark, Sweden, the Netherlands, Estonia, Lithuania, Belgium, Finland, Ukraine, Turkey, the Czech Republic, Georgia, Italy, and, this year, Belarus. Two painters from Talsi have been laureates of the “Painting of the Year” Award by Swedbank – Zigurds Poļikovs (2015) and Guna Millersone (2016). The nexus of the group slowly incorporates new artists.

With the exhibition “Colours of Kurzeme” at Daugavpils Mark Rothko Art Centre, the Talsi artists celebrate the 33rd anniversary of their group, showcasing the main inspirations for their art – landscape and each artist’s individual perception of life in the here and now. In painting, it takes different forms, from abstract expressionism (Andris Vītols) to conceptual realism (Inese Mīlberga). The majority of painters are expressionists and, at the same time, great colourists (Zigurds Poļikovs, Andris Biezbārdis, Gunta Kalsere, Guna Millersone, Elmārs Orniņš, Ance Gricmane). Modris Sapuns is one of the most eminent Latvian naïvists, three photographers from Talsi are somewhat meditative and contemplate issues such as the social climate of the 1980s (Uldis Balga in the silver gelatine print cycle “Nine ribs”), the small-town feel (Gatis Spalvēns), the rough beauty of Northern Kurzeme nature and the day-to-day lives of its people (Dainis Kārkluvalks). The exhibition also includes digital prints of performances and group events by the Talsi Bush Art Group and a 20-minute video “Bushes, Friends and Art”.

A key role in the exhibition is reserved to two installations by Laura Feldberga, Excitement I and II, which will immerse the viewer into the rippling sea of Kurzeme-specific colours and emotions.

Guna Millersone, curator of the project