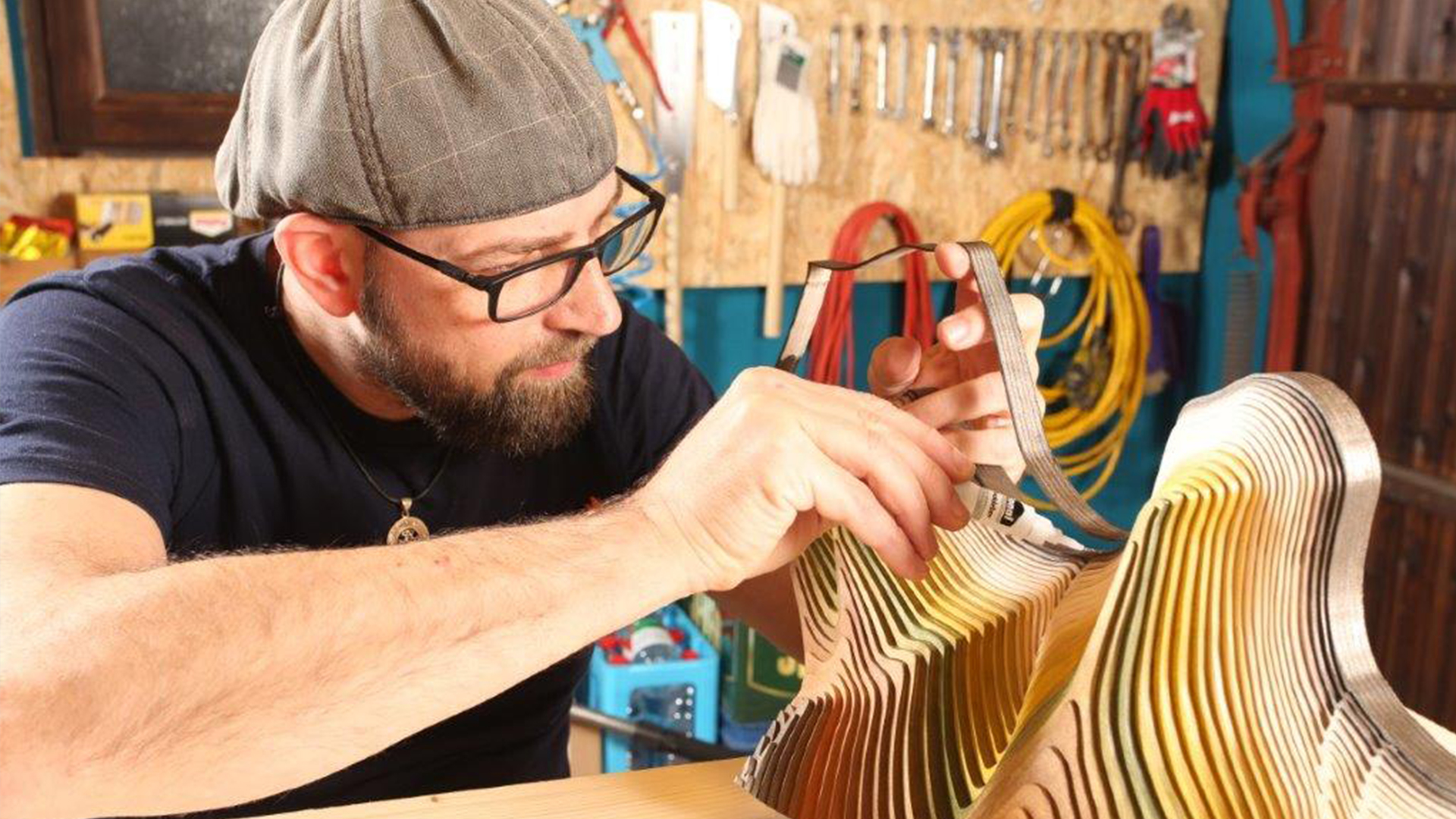 Daniel Fuchs was born in 1974 in a small town called Greiz, in the south of Thuringia, Germany. Because of its historical buildings, the city is nicknamed the “Pearl of the Vogtland”; it also has two magnificent castles as landmarks. Fuchs was raised by his grandmother from a young age. Fortunately, he grew up surrounded by art ever since his grandmother showed him through “Satiricum” in Greiz’s “Sommer Palace”, a collection of world-famous satirical drawings and paintings. Nevertheless, Fuchs felt oppressed by the tightness and monotony of everyday life in East Germany from an early age. When the Berlin Wall fell, and the East Germany regime collapsed, he felt relieved, but hopes to improve his personal situation remained unfulfilled. He tried different jobs, but they did not fill him spiritually until he discovered a fondness for all forms of artisanal and artistic woodworking.

Many of Fuchs’s personal, often distressing and tormenting life experiences have flowed into his woodcarving. After a long search and an almost challenging work on himself, he found a congenial expression in his creativity. His work is simple and complicated at the same time. A prime example of these two polar opposites is his relief image, measuring twice a meter and called “Fibonacci”, after the grand mediaeval mathematician. The Fibonacci series is a sequence of natural numbers directly related to the golden ratio. In nature, it represents a basic form for the growth of plants and animals and appears in many shapes, be it in palm trees, corals or snails. Daniel Fuchs is probably one of the first modern artists to use his sophisticated technique to give a “Fibonacci snail” a filigree shape.

At the same time, art pushes him back to his own roots. He once found a weathered root at the Calvary sanctuary near Bad Tölz, a pilgrimage site where the faithful retrace Christ’s ordeal. It was with this root that his first project called “Creation” began. And at this place near Bad Tölz Daniel Fuchs put down new roots for creation in art.

The amount of work the artist puts into his masterpieces is unfathomable. For each piece, he notes how many hours and how many saw cuts it took to complete. For instance, the “Fibonacci” composition took around 750 hours of work and 5000 saw cuts, each less than two millimetres “thick”.

His art is internationally recognised by world-renowned art magazines such as CANS (China), Aesthetica (England), Parnass (Austria) and L’Eventail (Belgium), to name just a few.

A collection of the artist’s works will be exhibited at the Mark Rothko Art Centre (Latvia, 2021), the Hong Art Museum (Chongqing, China, 2021) and the Songzhuang Art District Archive Museum (Beijing, China, 2022). Daniel Fuchs is internationally represented by the Pashmin Art Consortia.