JEWISH ARITISTS IN THE INTERBELLUM LATVIA: IN PURSUIT 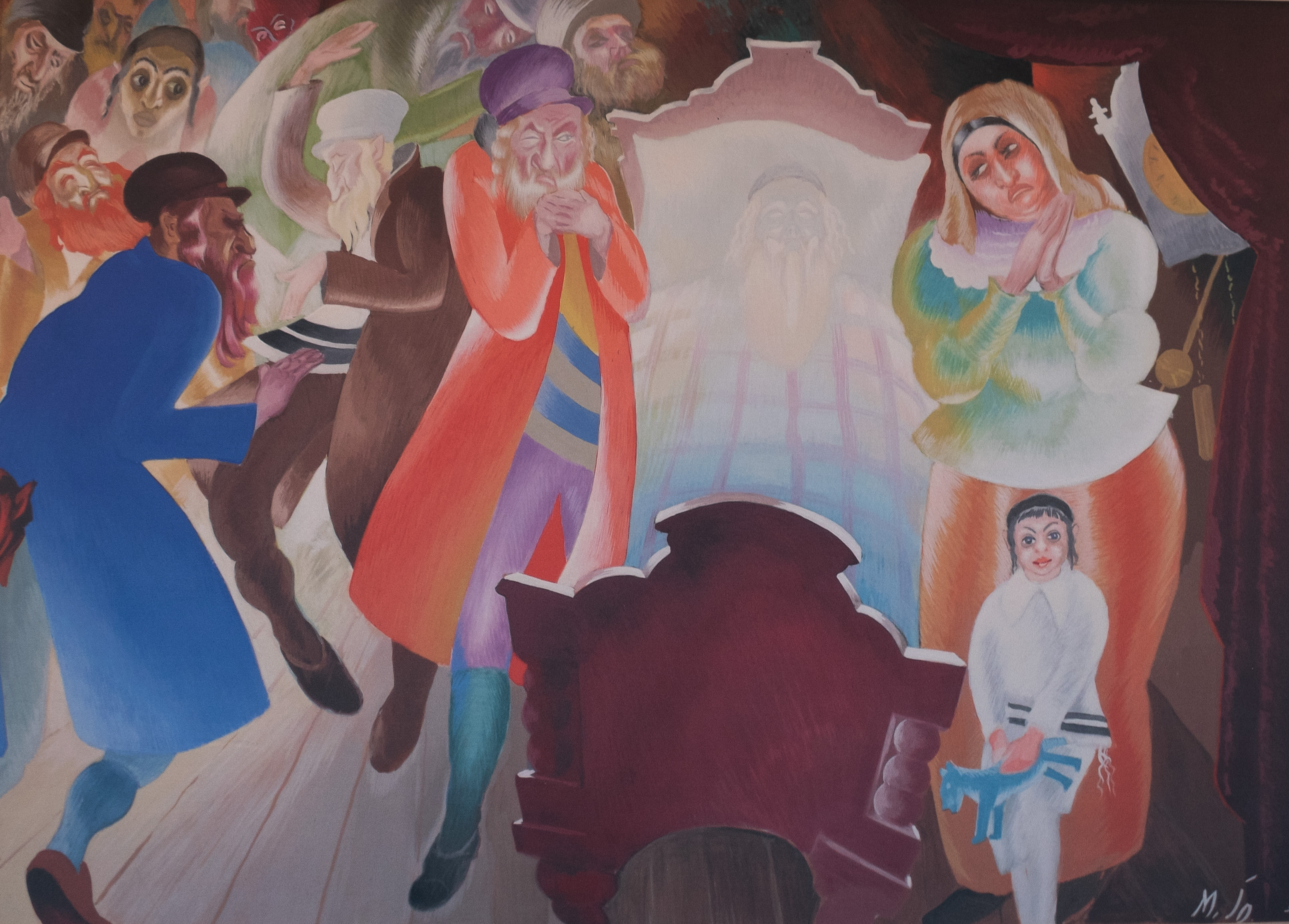 The catalyst for this exhibition was an earlier show from 1939 in Rīga and in Liepāja – The Jewish Graphics Exhibition with 252 exhibits featuring 60 artists from Latvia, Lithuania, Poland, Germany, the USA, the USSR and Palestine. The 1930s show was memorable for its scope and quality and for the fateful fact that for many artists, it became their final public display before WWII, for most – the last they would ever have this side of the grave.

To quote from a review in the Rīgan Jewish paper Unzer Vort: “Scattered across dozens of states, hundreds of cities and thousands of houses, lie the jewels of Jewish art. They lie and wait to be found. At the start of the 20th century, Eastern Europe experienced the rise of several intellectual and art groups that aimed to promote what they called “Jewish art”. The most famous movements were the Kyivan (later Warszawian) Kultur-Lige and the Jung‑Idysz from Łódź. The latter was active between 1918 and 1921 and was heavily influenced by the leading avant‑garde artists – Marc Chagall and El Lissitzky.

The first exhibition of Jewish artists in Latvia ran from 15 November through 31 December 1920. Its catalyst and curator was artist and art historian Michael Yo. In the introduction to the exhibition catalogue, he wrote: “…The show represents the most significant trends, from traditional romanticism to the latest modernist pursuits. In any case, it paints a clear picture of the work of Jewish artists on Latvian soil.” And then he actually set the focus of public debate for the coming years, asking if there is such a thing as distinctively “Jewish art”, or are we simply talking about the work of artists who also happen to be Jews, mentioning “the cravings of art-starved Jewish popular masses” and wondering if “… a Jewish artist, rather than an artist who is also a Jew, will heed this fearsome call, the stormy coming of a new and mighty epoch”.

However, several more years passed before any meaningful and visible activities began in the Jewish art life. On 17 February 1927, The Society of Jewish Artists was established with a broad aim to “invest collective effort in the promotion of art and craft and give material and moral support to member artists”, making no mention of any artistic or political goalposts. It brought together around 30 artists and mainly focused on exhibitions – five were held in just seven years. The shows were featured in the press, also Latvian, but some of the reviews were fairly critical. Despite real public interest, after 1932, the society stopped organising exhibitions, and after the coup by Kārlis Ulmanis, in September‑October 1934, it was closed as “politically undesirable”.

The work of several artists had a strong regional context – their range of themes included Latgalian landscape, local rural scenes and characteristic portraits of the residents. If many depictions of Daugavpils and Krāslava did not survive or are only known from reproductions in the press, the urban scenes by Moses Parparov have been preserved and give a fair idea of what critics called “charmingly captured genre realism, showing the distinctive way of life specific to Latgale and its people, including some typically Jewish characters.”

The current exhibition is both an attempt to reflect on the pre-war shows by Jewish artists and to bring the work of some lesser-known creators to a broader audience. Some of them lacked even basic biographical data, so the exhibition was a joint and equal effort of curators and art historians. The title, Jewish Artists in the Interbellum Latvia: In Pursuit, references not only the artists’ attempts to find their own identity but also the research process initiated by the curators.