ECHO OF THE MIND 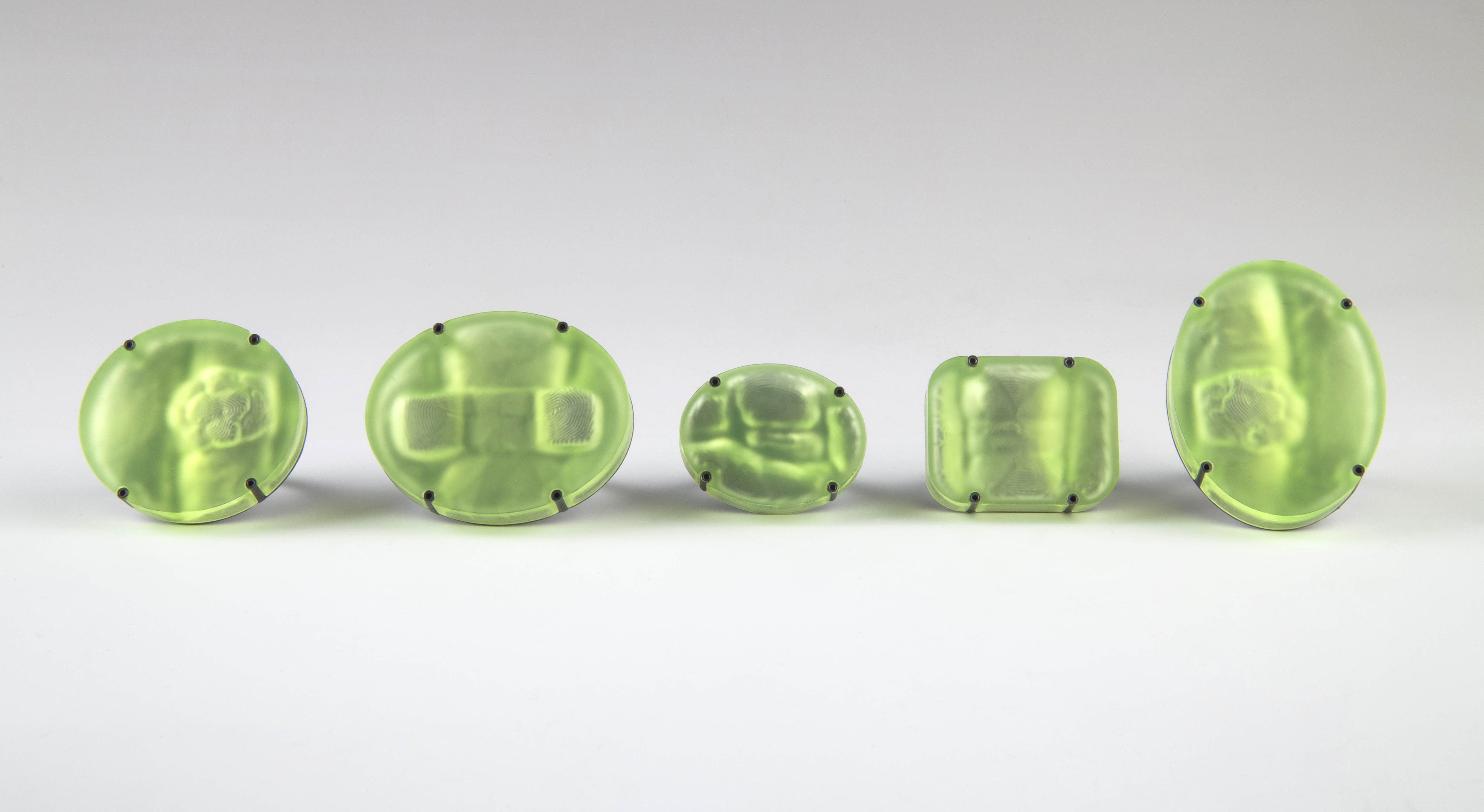 The current topic explored by Jana Machatová and Peter Machata builds on their previous artistic programmes. The artists have worked with art jewellery since the late 1990s, both separately and together. The jewellery clearly shows their shared interest in personal and collective memory and the landscape of the body. Jana and Peter are leading figures in the Slovak jewellery scene. They have built their international profiles through representation in specialised galleries, publications in print, numerous exhibitions, symposiums and workshops, including the most renowned jewellery event – Schmuck in Munich.

Jana Machatová studied jewellery at the Academy of Fine Arts and Design in Bratislava under Anton Cepka and Karol Weisslechner. In the Where Are You From collection Jana disengaged from sentimental childhood memories (typical of her previous work) and tried to demonstrate her personal experiences with the political regime she grew up in. This was her way of dealing with the past. Here, the creative process was meant as a memento rather than optimism about memory. Jana ironises the motifs extracted from the schizophrenic way of life in socialist society, but some topics she encounters are hardly transferrable to the jewellery medium in its classic form.

Jana’s most recent collection, Portrait of a Woman, depicts women, their problems and social standing through old newspaper and magazine fragments. The artworks combine two opposing yet related mediums – sentimental clippings from the early 20th-century Frauen-Fleiss newspaper and scraps from the Everyday Gymnastics book published in the 1980s. These motifs are combined with Jana’s own classical jewellery-making techniques.

Peter Machata studied sculpture at the Academy of Fine Arts and Design in Bratislava under Jozef Jankovič. Both of Peter´s collections – Stigma and Portrait of a Lady – share the hand motif. The hand is for the artist the most significant trait of human nature and a means to express opinions, statements and emotions. Stigma is often used in religious contexts; Peter, however, uses only its visual form. The hand with its palm is where he can display timeless symbols and icons that influence him. “The signs of time in the form of societal, religious and ecological symbols are imprinted into the palms. I am myself stigmatised by the time, culture and my personal memories,” states the artist.

In the Stigma collection, the palm is the place for a token, while in the Portrait of a Lady, the artist works with the hand as a human trait. He moves the attention from a woman’s face to her hand when creating her portrait. It is typical for Peter to combine the latest technologies with classical jewellery‑making mastery – he digitally recreates the hand to complement it with his emotional intervention.