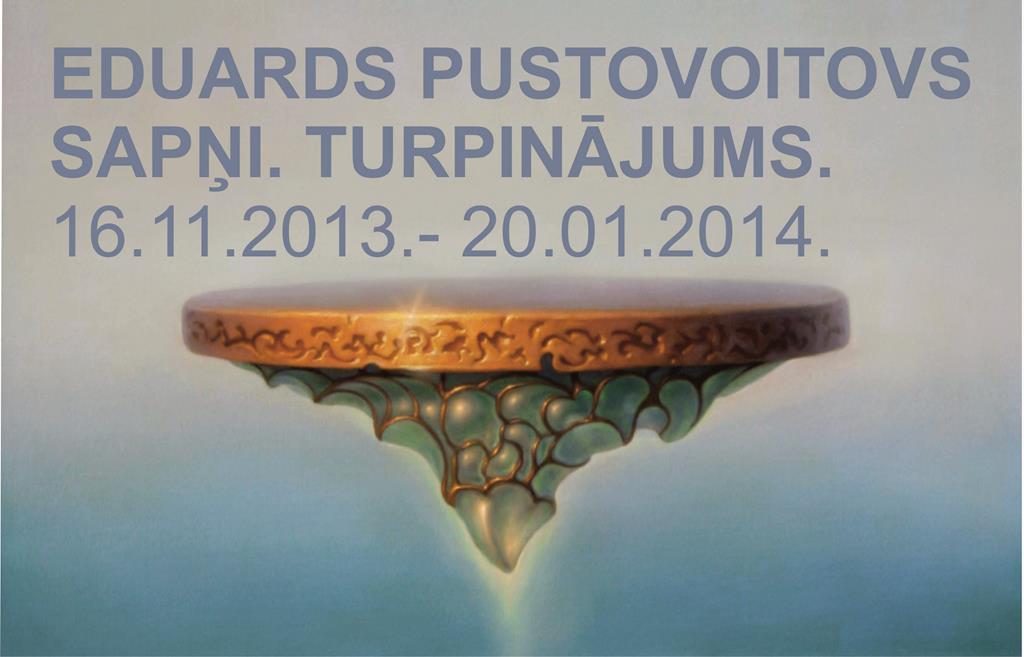 There is no use to look for the plot in my paintings. There is no plot.

There are images emerged from my world view and emotional experience.

The paintings are the ones who create me, not me creating them.

Edward Pustovoitov was born in 1964 in Makeyevka, Ukraine. He gained the Designer’s qualification at Odessa Institute of theatrical and artistic studies. Irresistible desire of travelling once led Pustovoitov to come to Latvia and to join the Riga nautical college; after graduating he worked as a sailor at Latvian Shipping.

In 1993, being a resident of Riga, the young sailor Eduard, as he is telling, accidentally arrived to the Netherlands and visited Amsterdam Museum of Contemporary Art, where he for the first time got acquainted with the world-famous, scandalous Spanish surrealist Dali , more precisely – with his works.

After returning to Riga Pustovoitov arranged his studio and began to paint. Since then, the artist spent almost every day in his studio – at first in Riga, and later in Kraslava. However, the artist did not interrupt travelling: now the painting is his travelling.

Very soon a new and inexperienced artist became a „genius” and success greeted him at every turn. Art lovers called Pustovoitov the world-class painter, the follower of Salvador Dali and the creator of new philosophy of art, and his works as genious ones. American critics called his style “the expressive synthetism” because Pustovoitov’s work is the synthesis of creativity and secrecy of imagination.

The artist is outstanding representative of the surrealism: his goal is to discover the world of the unconscious, because there is one. Pustovoitov says, “Sometimes I cannot explain my paintings”. Probably he says like that because his works are known as “the paintings of future”.  Art historians even introduced a legend that before death the Spanish painter Dalí in some mysterious way transferred his skills directly to Pustovoitov. It is not accidentally that the first artist’s painting was “The memory of Salvador Dalí .”

Pustovoitov’s works can not be explained and retold. They do not have the informational background, as each work is a mystery, an enigma, philosophical dialogue, but with deep meaning. As a fantastic dream Pustovoitov’s paintings link the beauty and the ugliness, the myth and the reality.