Exhibition project by artist Alexei Kuzmich TEMPLE OF THE MADONNA 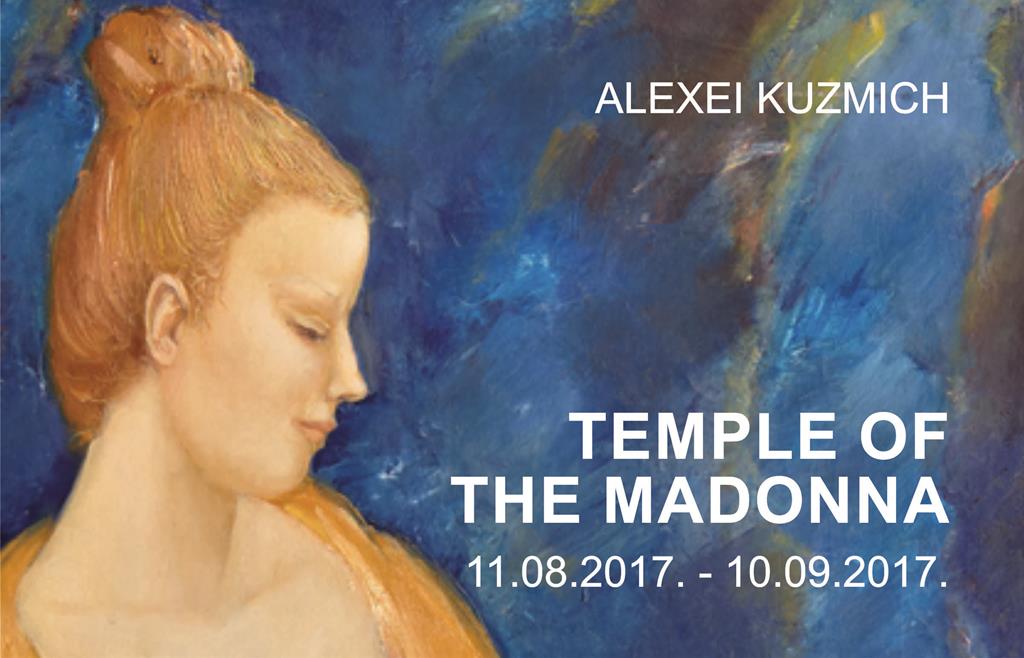 The image of Mary – Madonna – is an image of the Mother – kind, understanding and forgiving. Her name is always inextricably linked with purity, righteousness and patience. At all times believers turn their prayers, hoping for her mercy, blessing, understanding and compassion. From ancient times the theme of the Madonna has troubled all creative personalities – artists and sculptors, poets and writers, philosophers, actors and others. The world knows images of the Madonna created by geniuses – Raphael, Leonardo da Vinci, Rembrandt, Botticelli, Rubens, Bellini, Renoir, Picasso…

The exhibition project “Temple of the Madonna” by the artist Alexei Kuzmich presents the theme of the Madonna and motherhood in Belarusian fine art at the turn of the late 20th and early 21st centuries. The goal of the project is the revival of spirituality and classical traditions in contemporary art.

Alexei Vasilyevich Kuzmich (1945-2013) is a Belarusian artist who devoted all his creative work to the chanting female beauty – its spiritual roots, all-forgiving love, and goodness. During his life the painter created about 1000 paintings depicting the image of the Madonna, where he was tirelessly searching for the ideal of a Slavic woman. The achievement of Alexei Kuzmich is the creation of the world’s greatest collection of paintings with the image of the Madonna. His name is fixed in the book of records of Russia, CIS and the Baltic States named “DIVO” (Miracle). In the entire history of art, no artist in the world has displayed the theme of the Madonna so widely. A. Kuzmich actualized the eternal theme in art, and revealed the image of the Madonna of the XX-XXI centuries. His canvases with Madonna’s faces are known far beyond Belarus, and not without reason he is called the Belarusian Raphael.

He glorified the woman, her beauty, her sacrifice on earth, her noble divine mission among the people. He revealed to the world the magic image of a Belarusian woman, a Slav woman, and through her he talked about his own country, Belarus.

In his painting, the artist raised problems of a philosophical nature – the rationale of a man’s presence on Earth, his moral duty, mission of the woman-mother-Madonna, the spiritual role of the Slavic peoples in the evolution of the entire mankind. He thought about the problems of spiritual development of a man, about life in eternity and death during one’s lifetime, about real beauty and treasures of kindness, about mercy and the opposite – about doings of the devil.

The viewer is invited to get acquainted with the paintings of the artist Alexei Kuzmich from his world’s greatest collection of paintings depicting the image of the Madonna. The exposition includes known series of works and individual paintings on the theme of the Madonna, woman, and mother.