A FORERUNNER OF SWISS IMPRESSIONISM 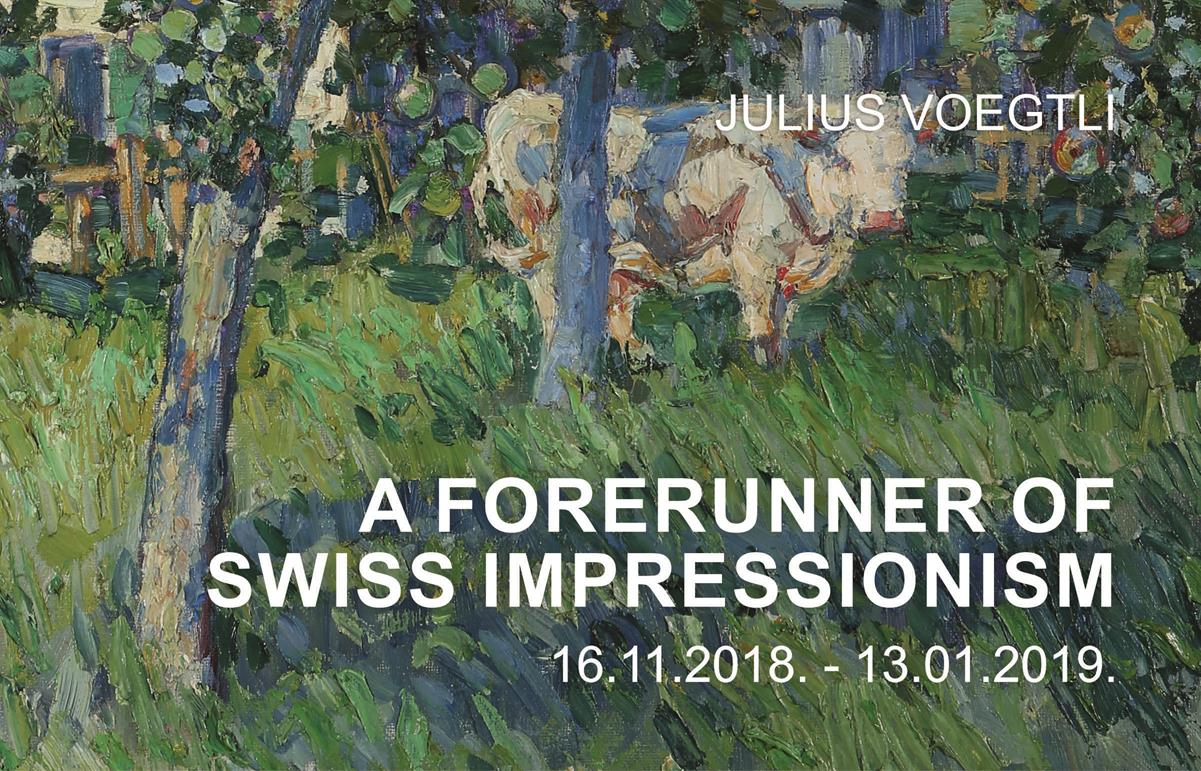 The Rediscovery of an Eminent Swiss Landscape Painter and Portraitist

Julius Voegtli was born in March 1879 in Malters, western Switzerland. He had his training as a decorative painter at the Gewerbeschule [Vocational school] in Basel and in a traineeship in Basel. He also studied art at the Academy of Fine Arts in Munich. There, he was particularly interested in landscape painting and became enthusiastic about the impressionism of the French masters, namely Cezanne.

Julius Voegtli’s landscape painting was repeatedly referred to by art critics as having the highest rank in the context of his complete works. High peaks, glaciers and heroic canyons are not within his scope. In this respect, he falls outside the scope of Swiss genre painting.

On the one hand, in his works with floral motifs, there is the influence of Impressionism, which he encountered during his apprenticeship in Munich.  On the other hand, the painter is undoubtedly under the spell of the floral splendor of his homeland. The area around Biel is known for its almost Provencal or Mediterranean-like vegetation.

Equally masterful is his cityscape of Florence, created in l933, which receives its excitement and its magic charm from the reflection of the classic Florentine buildings and bridges on the Arno waters.

In 1927, Voegtli painted a masterpiece which is reminiscent of Rembrandt’s paintings of councilors if we look at it from a distance. It shows the artist in his role as construction director with the other nine members of the municipal council of Biel. All human portraits of Julius Voegtli have very individual traits and characteristics. They are distinct. Among the highlights of his late work, which was painted under the burden of serious illnesses, are four portraits of the so-called “Spahis”. They were soldiers from the French colonies of Africa, who had come into German captivity after the occupation of France by the Hitler army. Some of them managed to escape to western Switzerland. Julius Voegtli gives the African war refugees very expressive faces and also gives them dignity, pride and willpower by having them wear red robes. They should be Julius Voegtli’s last pictures.

Voegtli’s painterly work remained in the private possession of the descendants and was barely noticed publicly. Apart from some exhibitions in Switzerland, a collection of 32 paintings was shown at Dounan Art Museum in Kunming, China from 16 Dec. 2017 to 25 Jan. 2018.

It will be a stroke of luck not only for the history of art in Switzerland, but for collectors around the world, that a landscape painter and portraitist of national and epochal significance is rediscovered and made accessible to the international art market.