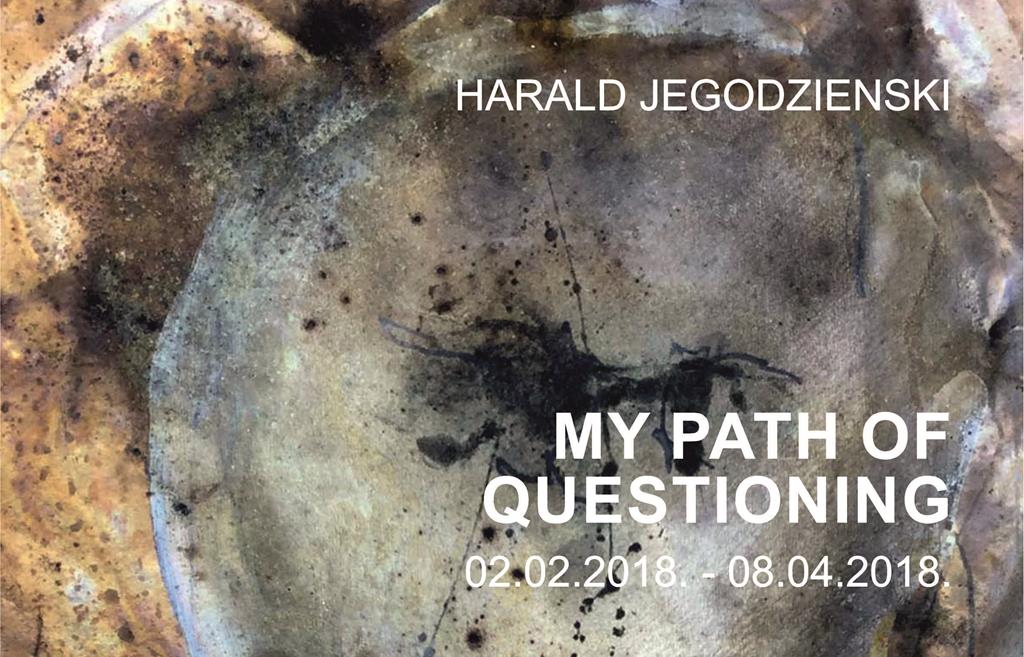 My Path of Questioning

What ideological stance do I take and what artistic beliefs do I adopt to support it?

Is artistic expression an adequate medium of communication with my fellow humans?

What can communicate a message and why does it want to be communicated?

Do I wish to stir feelings or address the spirit, or maybe both?

If I must have artistic expression, what is this ‘SELF’ that wants to announce itself?

Where are the ends of individual ‘red threads’ which reflect my true goals at an age of being flooded with images and information?

Artist Harald Jegodzienski was born in Kassel, Germany, in 1952. In 1973 through 1979, Jegodzienski studied art pedagogy at Kassel University, wherefrom he graduated in 1985 with qualifications in fine arts and ceramics. In 1988 through 1991, Jegodzienski taught at Justus Liebig University Giessen (Germany). In 1991, he was admitted into the Association of German Artists. In 1997, professional cooperation between Jegodzienski and Latvian artist Valda Podkalne lead them into matrimony. In 2003, Jegodzienski became the first and, so far, the only foreign artist without any historical connections to Latvia to be admitted into the Latvian Artists’ Union. In 2007, the couple moved to Latvia and currently reside in Turkalne, Ikšķile municipality.

Harald Jegodzienski has continuously developed his creative talents in painting, sculpture, photography and poetry. The artist has held more than 20 one-man shows as well as taken part in a number of group shows in Germany, Latvia, Luxembourg, Switzerland, the Netherlands, the Czech Republic, Austria, Great Britain, New Zealand and elsewhere. He has also participated in numerous ceramics and sculpture symposia in Austria, Hungary, Latvia, Denmark, Israel, the USA, Poland and Germany.

In 1985, the artist was awarded Grand Prix in ceramic sculpture at the juried exhibition “German Ceramics”, followed by Grand Prix of the international ceramics symposium in Israel in 1993. In 1989, Jagodzienski founded the Liberal Arts Academy of Giessen. He continues to be actively involved in teaching by conducting art seminars throughout Germany, Austria and France.