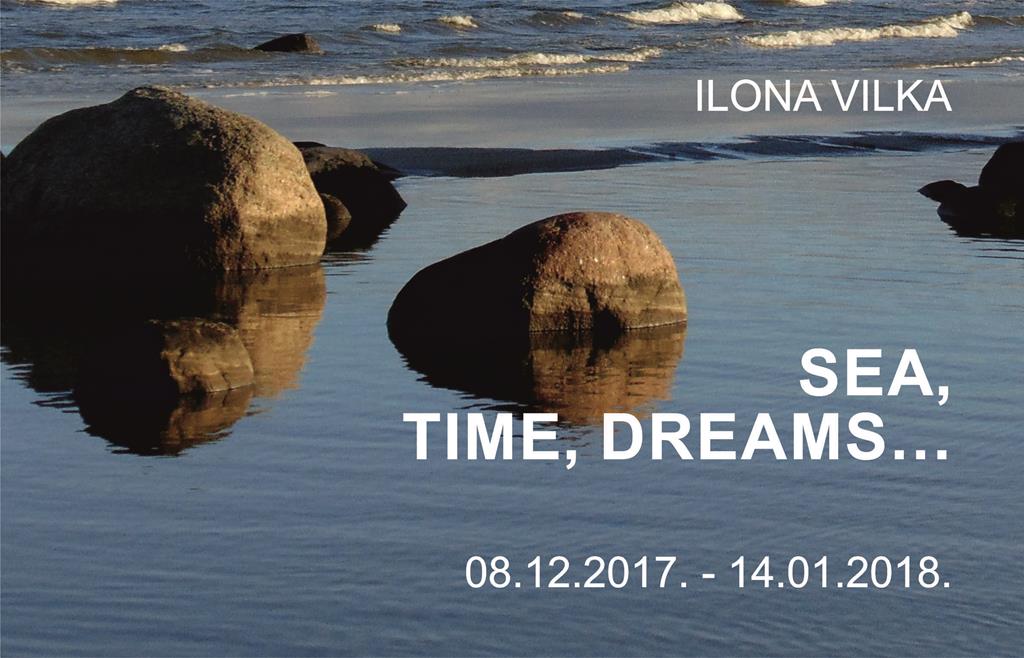 Photography excites, photography grabs your attention, photography plunges you into memories of the captured moment, photography animates. Ilona Vilka is captivated by seascape photography. She took it up seriously in 2010. Soon enough, in 2015, the artist opened her first photo exhibition, “Sea”, in Jāņa Sēta. A number of exhibitions followed at regular intervals, both in Latvia and abroad. The artist has published a set of postcards with seascape photography, several albums as well as pocket calendars for 2016 and 2017. Ilona’s versatility is highlighted by another line of interest – she also writes poetry. Her debut collection “Time and Rosy Dreams” was published in 2015.

Ilona Vilka was born in Rīga on 7 April 1940. Soon after her birth, World War II reached Latvia, and Ilona’s family fled the country as refugees. Ilona’s schooling began in a German town of Flensburg. Following a return to Latvia and a tragic loss of her parents, Ilona was sent to an orphanage – first in Igate and then in Rīga. There she met a number of educators who not only taught their subjects, but also became mentors to their students in all spheres of existence and prepared them for practical life beyond orphanage walls. At that point, Ilona took up photography and started developing her work. It is with utmost gratitude and infinite affection that she remembers her teachers – Anna Balodīte, Aleksandrs Leperis, Alberts Silakalns, Helēna Lazarēviča, Aleksandrs Kārkliņš, Elfrīda Celme and especially Ādolfs Švānbergs.

In 1960, having graduated from Rīga Secondary School No 1, Ilona enrolled in the Latvian Academy of Sport Education. Her career as a sports teacher began in 1964. Even then she showed signs of creativity by making clay medals for her athletes and little cast glass pictures. These works were later exhibited both in Latvia and abroad.

Once an athlete, now an artist, Ilona Vilka proves that life is never boring, provided we treat it with a keen interest. The artist continues to enjoy life and demonstrates this skill to us – admirers of her talent. In her photography series exhibited at Daugavpils Mark Rothko Art Centre, the author presents seascapes featuring sunsets, waves, stones and pebbles, enabling the viewers to perceive the extraordinary beauty of the sea, the captured moments of the passing time and a beguiling world of fantasies and dreams.