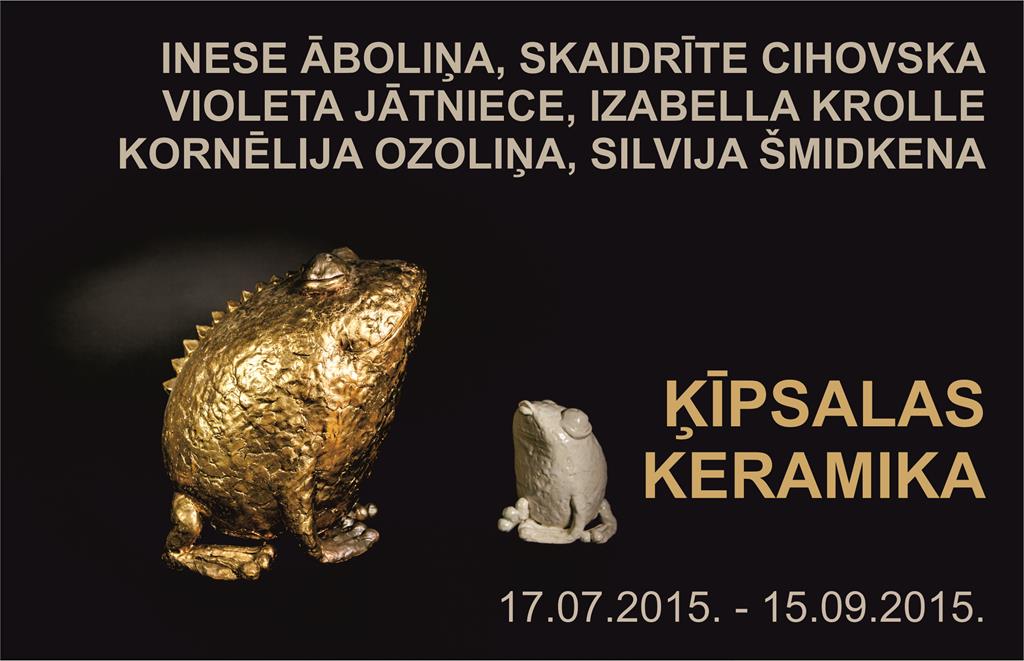 Ceramics of Ķīpsala – the phenomenon of Latvian art and culture of the second half of the 20th century, that has formed several generations of ceramists and has enabled strengthening of Latvian traditions in ceramics and the contemporary ceramics in Latvia in general. This was a bridge that linked the traditional and professional ceramics, taking the best from both sides, and this bridge was built by people, by artists.

Ķīpsala started developing into an isle of clay in 1945, when a ceramist from Latgale – Staņislavs Kaļva – arranged there a workshop in one of the old houses, therefore we could say that this year, the year 2015, Ķīpsala ceramics celebrates one of its anniversaries, namely, the 70th anniversary. Later, in 1951, Staņislavs Kaļva moved to the former fish curing factory in Balasta dambis 34. Due to its Latgalian origin the workshop was called “Latgales keramika” [Latgale Ceramics] at that time. In 1954, the workshop was incorporated into the integrated plant “Māksla” and became one of its departments of creative production. Since that time, several times the workshop has changed its name, has changed its status, also appearance, obtaining spacious premises and an exhibition hall; however, widely it is known as Ceramics of Ķīpsala. In 1964, Ķīpsala ceramics workshop started focusing mainly on creative work, gradually giving up production. This is the time when the generation of ceramists, who essentially changed the developmental tendencies in contemporary ceramics, started to work in Ķīpsala, and this place became a kind of academy for the ceramists throughout Latvia.

In the 70s and 80s of the previous century, the ceramists from Ķīpsala made the name of Latvia known in Europe – they received prizes and awards in international exhibitions, participated in symposiums and other international events. From its initial period, more than forty ceramists have worked in Ķīpsala ceramics workshops, and in the Soviet times, under the conditions of informative vacuum, each of them, to a greater or lesser extent, created the image of ceramics in professional art of Latvia, which resulted into a fully competitive field.

Our golden age artists – Inese Āboliņa, Skaidrīte Cihovska, Violeta Jātniece, Izabella Krolle, Kornēlija Ozoliņa, and Silvija Šmidkena – participate in the exhibition. They still work in Ķīpsala ceramics workshops, arrange exhibitions and participate in other art activities. Within the frame of the exhibition, we also present the book “Mūsu Ķīpsala” [Our Ķīpsala] written by Silvija Šmidkena, which contains conversations and memories about artists of Ķīpsala group, about their childhood memories, their art, life and their social life. The story consists of interviews and memories about artists and events in the art world of Riga and Latvia, recorded by Silvija Šmidkena from the 80s of the 20th c. until today.