Daugavpils Mark Rothko Art Centre ›
Ingūna Levša On the Other Side 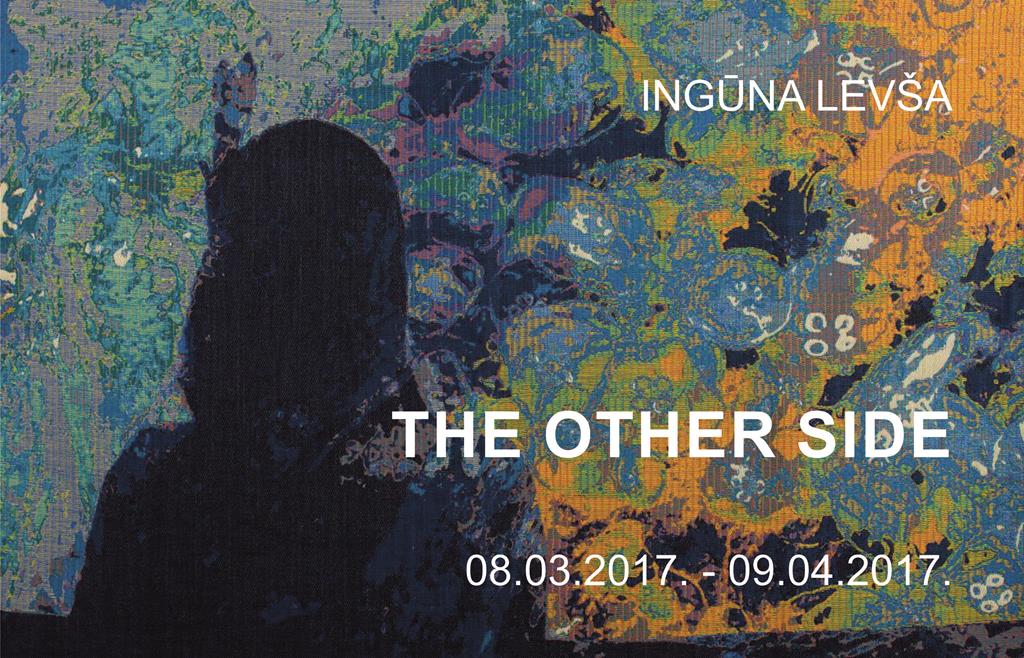 The exhibition “ On The Other Side ” spotlights images, environments and themes that the artist finds important as her personality-makers, for example, a forest, tangles of tree branches, which have been used several times in different contexts, are symmetrically arranged as a totem pole, as well as silhouettes of the artist herself and her husband that have been placed amid natural elements such as mushrooms, sea and water blooms. Ingūna Levša works in Jacquard technique, weaving digital tapestries, allowing her to create complex compositions referencing on and include more of the surrounding reality into them.

The artist works mainly with photographs, integrating various recurring elements in them. Some of the elements are arranged in kaleidoscopic compositions. Thus, private mythology and subjectivism interacts with generalized images and metaphors.

With her canvases Ingūna Levša presents a new approach which is relatively rare in Latvian textile art. It is largely based on application of realistic forms and solidity of storyline. The artist offers a new perspective on potentials of textile, advantages of modern technologies combined with the ability to create deeply personal messages.

Since 2001, the artist actively participates in exhibitions. She has taken part in eight solo exhibitions and about 30 group exhibitions both in Latvia and abroad. Her works displayed at the exhibition were created in Guimarães (Portugal) and Bergen (Norway).