Lars Strandh “BEHIND THE HORIZON” 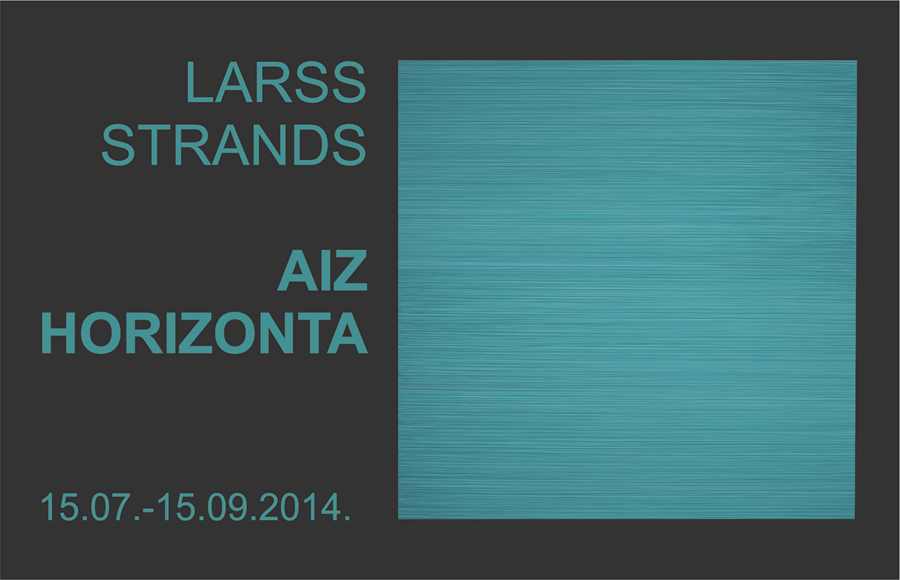 Lars Strandh is a Swedish born Norwegian artist. He studied art at the Oslo National Academy of Arts. For many years Lars explores colour in its limited range. As the artist says himself, his work can be described as a “monochrome polychromy”: at distance seeming monochromic, they appear multi-coloured, and different in texture in the foreground. The simplicity created by the artist during the work on a painting becomes complex, and the result – meditative. A continuous link to the horizon in the form of associative perception is present in the artist’s work. The artist embodies patience, precision and restraint characteristic of the people of northern Europe. However, this restraint characteristic is provocative – it generates a resonance and an illusion of vibration of consciousness.

It seems that the works by Lars Strandh do not represent anything but monotonously striped canvases, still they are fascinating. With a missing narrative the canvases unobtrusively captivate the audience: significant becomes what happens with the observer, rather than what is displayed on the canvas. Strandh’s work is a kind of dedication to a slow and calm reflection of an existential flow that invites the viewer to see, feel and think.

Picturesque embodiment of transcendental aesthetics of the artist is able to create works that are similar to a moment of relaxation in an atmosphere of postmodern mutation culture and continuously shrinking time in space.

Strandh offers a customized configuration of space and time where it is important to see the relationship between the visible and invisible. Every time it is a separate conversation, in which the artist invites the viewer to defragment his consciousness, and selfishly universalizes his personal world, trying to express it “till the end” so that nothing is left to others.

Horizon is typical for the work of Lars Strandh. The artist invites everyone to look there where previously he was not allowed to look. Horizon, as a symbol of unrealized and unfulfilled dreams and desires, with drug force seduces desperate souls immersed in a surreal illusion of impending change. The world beyond this horizon is uncertain for the artist himself, as well as for the audience: sometimes it allows to find solace, and sometimes it leads to fatally existential reflections.