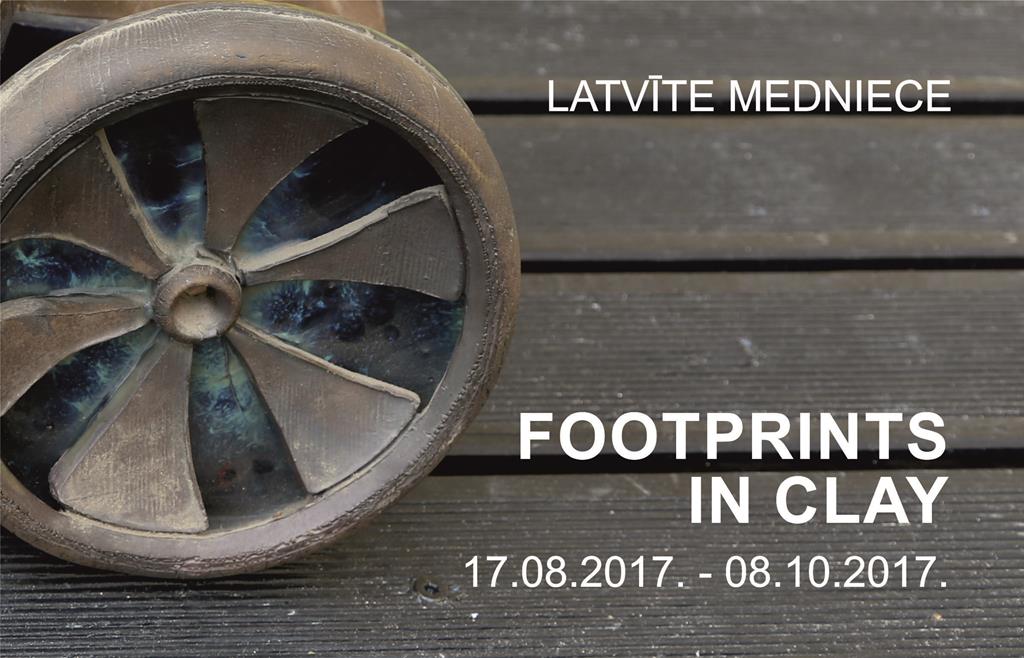 “Ceramics is the most attractive work in the world,” says Latvīte Medniece (1924), one of the most significant and the oldest Latvian ceramists alive. She graduated from Riga Arts and Crafts Secondary School Department of Ceramics (1949) and the Art Academy of Latvia Department of Ceramics (1955). A few years spent working at Riga Porcelain Factory and then devoting herself to creative work, she was able to explore various ceramic materials and professional techniques. However her greatest interest was caught by clay which later became her main material. And since then, she almost never ever works on a lathe or creates dishes. She makes shapes – mostly from plastic clay plates. Pēteris Martinsons – the most famous colleague of L. Medniece – precisely described her as a “sculptor of ceramics”, who with her “professionally elaborated works, excellent feeling of form and imagery, convincingly occupies her own place in the classical Latvian art. The works of the artist show her understanding of nature and fates of people and are based on the Latvian mythology and folklore”.

Folk songs, fairy tales, and legends heard from her grandmother and mother are indelible impulses for her imagination. The surrounding environment is where several great Latvian poets and writers came from. The ever-changing wave games of the sea, fishing as the second oldest way of living, as well as harsh and strong seaside men and women became an essential part of life and creative work of L. Medniece.

Since 1955, Latvīte Medniece participates in exhibitions with her porcelain dishes decorated with overglaze technique and realistic human and animal figurines. Her simple, clear and logical building-up of all things, their mutual coherence and inclusion in the space, her respect for genuine, natural materials and her profound performance – these are now the main issues to be addressed. They bring back to the basis, to deep exploration of ethnographic and archaeological materials. She started with figurines and wheel thrown pots, however, at the beginning of the 1960’s she turned to clay tile reliefs with figurative storylines.

A decisive turn is her retirement from work at school and joining the Ķīpsala ceramics workshop originated and supported by the Artists’ Union of Latvia. For more than three decades she worked there shoulder-to-shoulder with P. Martinsons.

Gradually, Latvīte Medniece found her own specific stylisations suitable for ceramics and main principles of form formation, but her techniques over time and depending on the nature of the theme and image are changing and endless. Nothing seems to be exhausted to the end, there is still a continuation, something behind it and something to add. No other ceramists working with figures in Latvian art has such a depth of thought as L. Medniece.