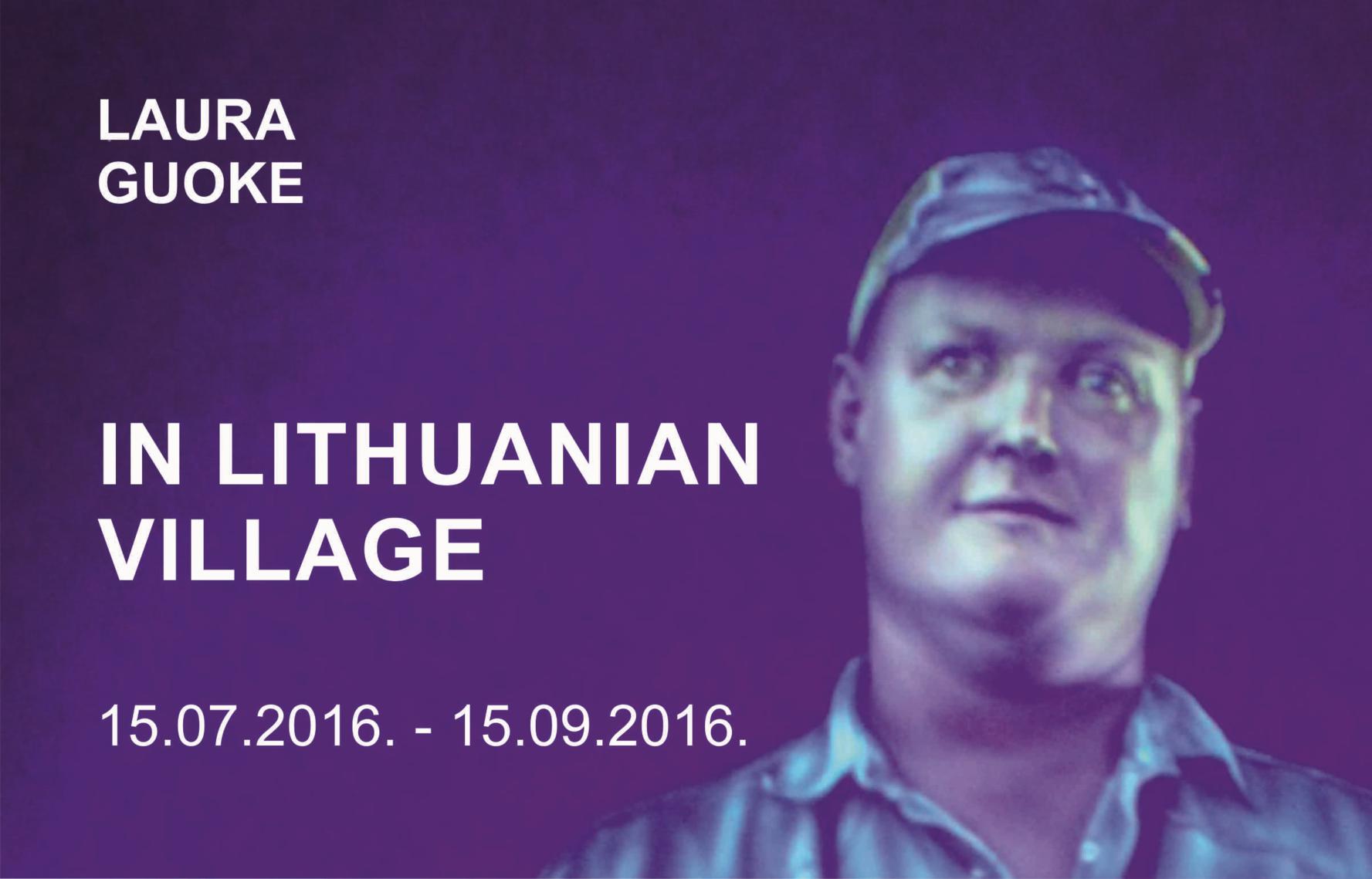 The journey full of many impressions started in 2015 and has continued up to now. Aim of the journey is to memorialize people residing in villages of the Northern Lithuania by various forms of artistic expression.

One of the objectives of this project is to help a spectator to notice that in today’s world of intensive virtual social life, reckless hunt for success, and competition becoming more and more cruel, the stereotypes created by mass media of the people in rural areas living slightly different, more peaceful life are rather misleading. In summer months, while travelling through different villages, I met many interesting people, listened to many special and sad life stories.

This artistic project is also my acknowledgement to the village where I have already lived for six years, where I find silence and able to cut myself adrift from meaningless noise which is so abundant in our modern world. The people of various age residing in rural areas of the Northern Lithuania are depicted in the portraits of this exhibition. A portrait to myself is an opportunity to memorialize a specific person, and also an opportunity through any visible form to go deep into the invisible. After all, the portraits created by us all are also the soul receptacles. Thanks to some special programmed illumination and unique artistic technique, the portraits show up on canvas gradually. In the beginning, a spectator observes a completely white canvas; afterwards, when the portrayed person slowly shows up, the background of the piece of art turns to black and merges with the obscure exposition space. In a few minutes time, the portrait gradually starts vanishing, returning to the empty white canvas. The method of creation of these portraits and expositional solution not only reminds of the emptying villages of the Northern Lithuania, but it is also a metaphor of the life duality symbolizing permanent life and death cycles.

Usually, I dedicate 2-3 months for creation of one portrait. Almost every day, at least 8 hours, I work in a complete darkness in the light of lamps of a special spectrum. During this time, I am in love with every person being portrayed… I am aware of any different cosmic images seen in their irises, I calculate all different tints found in their hair, I see how their ear shapes differ and I also remember all folds of the clothing that they wear. Unfortunately, even this time is not sufficient in order to depict the visual beauty of these people that we see and understand and which is present in any of us.

The life journeys of these people are so different. Their features differ. However… all of them look from their canvases at this world, at us, before vanishing in the current of time and in the comforting darkness of eternity waiting for us on the other side.

L.Guokė records not only negative but also positive manifestations of diverse influences which have formed the most pronounced features of a modern Lithuanian village. A portrait created by her is miscellaneous, with various light and dark colours, maintaining strong links with the past, history or hastily exchanging own values into the vision of a better life. In the words of the artist, “invisible” people live in the vanishing homesteads. The people whose days are filled up with daily concerns and works rescuing them from the total decay. They include not only old men waiting for their children to return from foreign countries. They are also young people about whom nobody cares but they care about all. Who attempt to be modern and topical, who very often imitate customs of the countries not really known to them and try to adapt such customs in their daily life. At times, it looks lamentable, at times humorous and at time tragic. Such artificial, spontaneous processes become a particular virus destroying uniqueness of the Lithuanian village and impeding its natural development. The author, having explored rural areas and characteristic features of the people living there for a long time, provides the whole scale of visual solutions, presumptions on what is important not solely to her personally, but also to any of us, finding time to think about true values, ability not only to take but also to give and, finally, about the meaning of our existence. Her creations are the portraits of people evidencing themselves their subsistence.