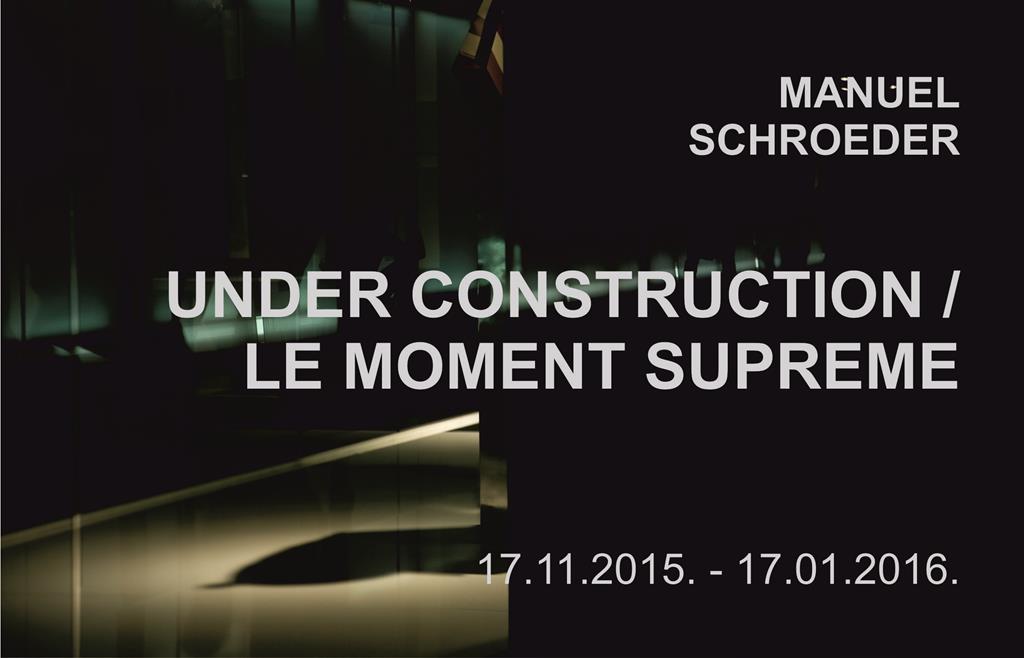 Often puts the mundane, the long familiar only through unfamiliar perspectives and selection in a new light. In concert contest is memory and reality mix, particularly intense in places that are currently undergoing a change of meaning in their function.

It is the phenomenon of different qualities of perception that drives the artist Manuel Schroeder in his work. His main focus is the symbolic power of the seemingly self-evident. The project focuses on special places, whose meaning has changed in recent years. In appearance they are still marked by their former function as well as by the time their characteristic design. The selected locations are atmospheric compressed by the tension of their past and present appearance. They provide inspiration and trigger associations. In the photographic work Le supreme moment Manuel Schroeder is dealing with the reality of these places and works of expressions that match the volatility of our memories.

Over the medium of light motifs are illuminated diffusely or selectively. The lighting design allows a wide range of modifying interventions. She sets the tone, hidden in a double sense and focused our attention in the game with the shadow on specific sections. With the medium of light Manuel Schroeder working on the many facets of memory and its rich spectrum between superb clarity and uncertain, mysterious blur.

The selected locations occur as a workplace, a source of motives and exhibition space in appearance. They exemplify the energy that can release the change of a place. They are visible bridge between the past and the present. Your story of social developments. In his performance Manuel Schroeder continues to evolve and creates a multifaceted symbol and strong structure that includes the viewer physically with.

Manuel Schroeder’s works bear witness to a great sensitivity to the diversity of urban life. As a photographer, he goes in search of clues, focusing on the everyday, the seemingly unspectacular. He uncovers inconsistencies. As an artist, author and lecturer in social photography, he draws our attention to the disparity between urban architecture and builders. It depicts how carelessly in the cityscape of expression of warmth, communication and security services were sacrificed. His paintings are not found in scene, but the result of an intuitive approach and show the feeling for the special moment of a seemingly complex staging.

In his works, Manuel Schroeder takes an unusual perspective and shows less spectacular views and scenes as eloquent. He made aware of their messages that tell the story together and loneliness in the crowd in an urban environment. His Title likes to play with ambiguous content of terms that trigger a chain of associations and make familiar notions in question. Schroeder satirizes about unusual remuneration expectations and wishful thinking and confronts them with unexpected offers. With the media of photography, video, installation and also performance, he aims at a new awareness of the perception of the familiar. He makes it clear how much the penetration of conscious and unconscious ways of seeing the subjective interpretation, our behavior and our memories formed.