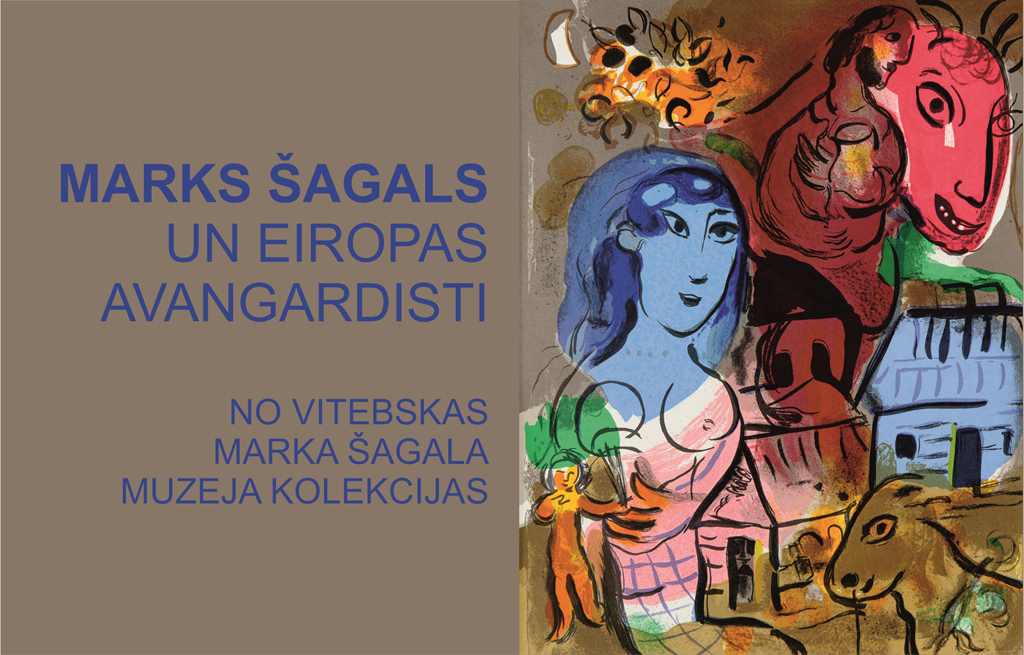 Marc Chagall is one of the legendary artists of the 20th century. The artist, who has born in Vitebsk (Belarus) and died as the citizen of France, became the master whose signature style is undeniably recognized in different parts of the globe.

This exhibition presents the creative work of Marc Chagall on the scope of the 20th century avant-garde art classicism, stylistic innovations and formal search of the West European and American artists. The creative work of Georges Braque, Alexander Calder, Alberto Giacometti, Fernand Léger, André Masson, Henri Matisse, Joan Miró, Pablo Picasso, Jean-Paul Riopelle, Antoni Tàpies and Raoul Ubac allowed to significantly expand the boundaries of art thinking of the time. “The artists of the 19th century realized that they constantly need to have a model in front of their eyes, in the 20th century they realized that they should not see the model at all” , noted the American writer Gertrude Stein in her memories about Picasso. 1

Art has always been a buffer between reality and human consciousness. Art evolves along with the life generating it, and the change of its sculptural language is a natural reaction to the realities of the new era. Stein wrote in her essay about Picasso, “When I was in America, I flew a lot with airplanes for the first time in my life and when I looked down at the earth, I saw that it is all cubistic although cubism was created when no artist has yet seen it from an airplane. I saw there on the ground a network of Picasso’s lines, radiating in different directions, building-up and destroying themselves, I saw the simple solutions of  Braque, I saw the wandering lines of Masson, yes I’ve seen it all and again I was convinced that the creator is modern, he realizes what is modern when contemporaries still do not know it, he is modern and since the 20th century is the century which sees the earth as it has never be seen, the earth  gets the enormity that it has never had before.” 2

Alternation and even coexistence of Fauvism, Expressionism, Futurism, Cubism, Orphism, Constructivism, Purism, Abstract Art, Dadaism, Surrealism, Pop Art and other trends make the 20th century an exceptional time in the history of art.

The work of Marc Chagall stands out remaining figurative against the background of turbulent plastic experiments and searches of his contemporaries. However, lifelikeness and naturalism, traditionally understandable to viewers, are most often used by the artist for completely different purposes.  In the work of Chagall, motifs, metaphors and the likeliness of everyday reality are transformed by individual perceptions of the author and create other worlds. “In my paintings there is no detailed stories – no fairy tales or folk legends – said Marc Chagall. Maurice Denis has said of the French synthesists of 1889 that their paintings were “surfaces covered with colours arranged in a certain order.” For the Cubists a painting was a surface covered with forms in a certain order. For me a picture is a surface covered with representations of things (objects, animals, human beings) in a certain order in which logic and illustration have no importance. The visual effect of the composition is what is paramount. Any other non-structural consideration is secondary.” 3

From the 20th century we inherited freedom of searching, unrestrained variety of forms, free coexistence of different artistic codes, traditions and tendencies. By looking at the works of artists of that time, we can try to understand them and even understand ourselves. According to Sartre, “culture doesn’t save anything or anyone, it doesn’t justify. But it’s a product of man: he projects himself into it, he recognizes himself in it; that critical mirror alone offers him his image.” 4

What felt real yesterday, at the present day, when the 20th century has passed away, probably allows us to see differently.