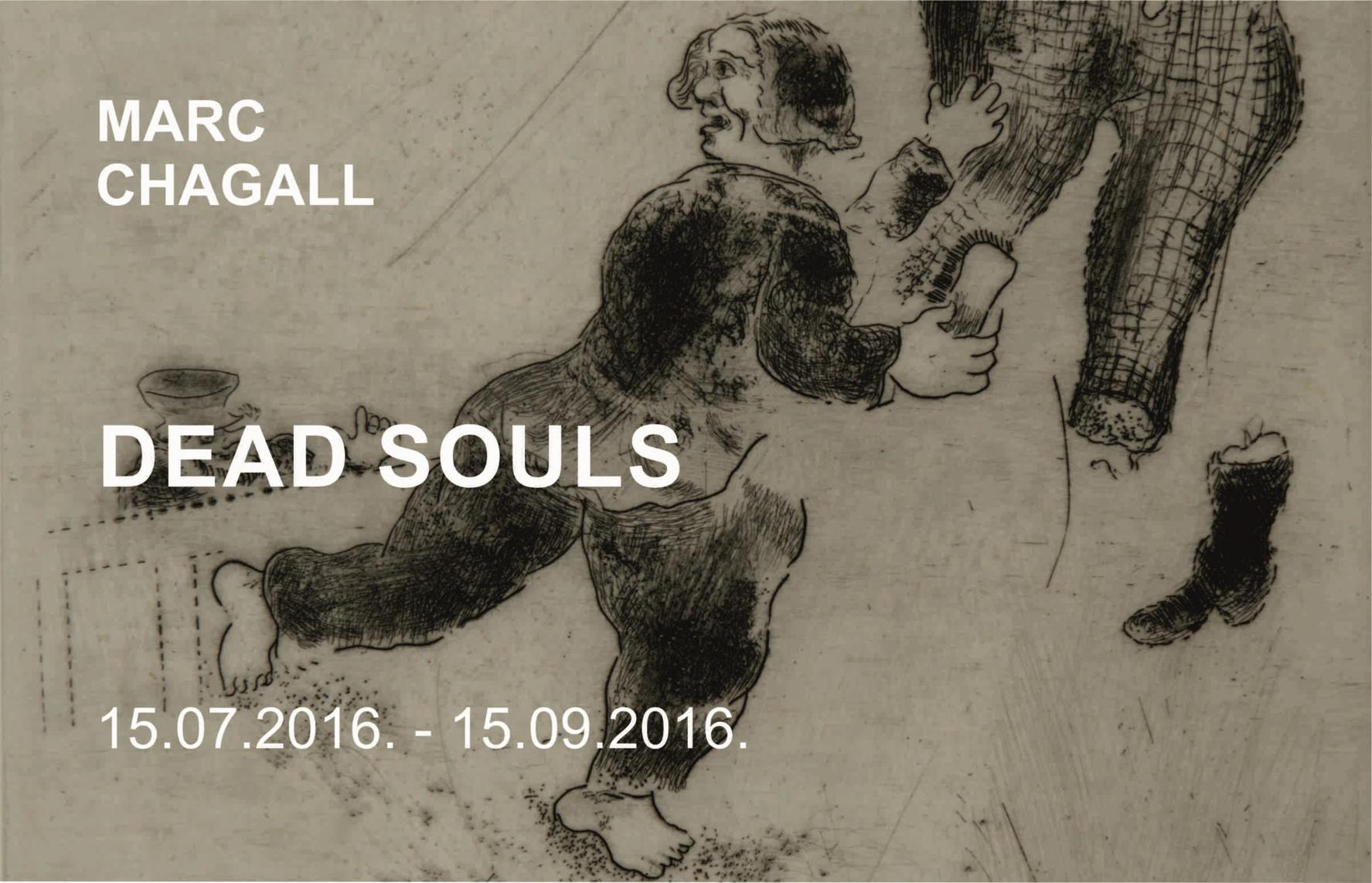 The series of illustrations of Marc Chagall to the poem “Dead Souls” by Nikolay Gogol is a special chapter both in the artist’s work and in the illustration of the famous poem.

Chagall began his work on illustrations for “Dead Souls” in 1923 commissioned by a well-known publisher and merchant Ambroise Vollard. By the beginning of 1926, 96 sheets of illustrations in the technique of etching, dry point and aquatint were completed.

In 1948, Nikolay Gogol’s “Dead Souls” was translated into French by Henri Mongault and with illustrations of Marc Chagall was published by another prominent publisher – Eugene Teriadom. Circulation of the “Dead Souls”, published by Teriadom reached 368 copies. In the same 1948, Chagall’s and the publisher’s work received international recognition and was awarded the Grand Prix at the Venice Biennale.

In the illustrations of the famous poem, Marc Chagall, like no other artist, was able to gain an insight into the essence of the poetics of Nikolay Gogol. Without any particular strive for designing the book as an artistic whole, he focused on these illustrations. In the series he reproduced almost all major episodes of the literary narrative, as well as the ones briefly mentioned by the writer. Closeness to the “letter” of the literary masterpiece with all its details, a delicate understanding of Gogol’s humour and irony and the artist’s own plastic language allowed Chagall to create a visual equivalent of the literary text.

The complete series of etchings to the “Dead Souls” nowadays is a rarity for museum and private collections. In the space of the former Soviet Union, it can be found in collections of only four museums: the State Tretyakov Gallery in Moscow donated by Marc Chagall himself in 1927, the State Hermitage Museum in St. Petersburg, to which it was also presented by the artist himself in 1981, the Pushkin State Museum of Fine Arts in Moscow and the Marc Chagall Museum in Vitebsk.

The series of 96 etchings was donated to the Marc Chagall Museum in Vitebsk in 1999 by the artist’s granddaughters Meret and Bella Meyer.

Director of the Marc Chagall Museum in Vitebsk