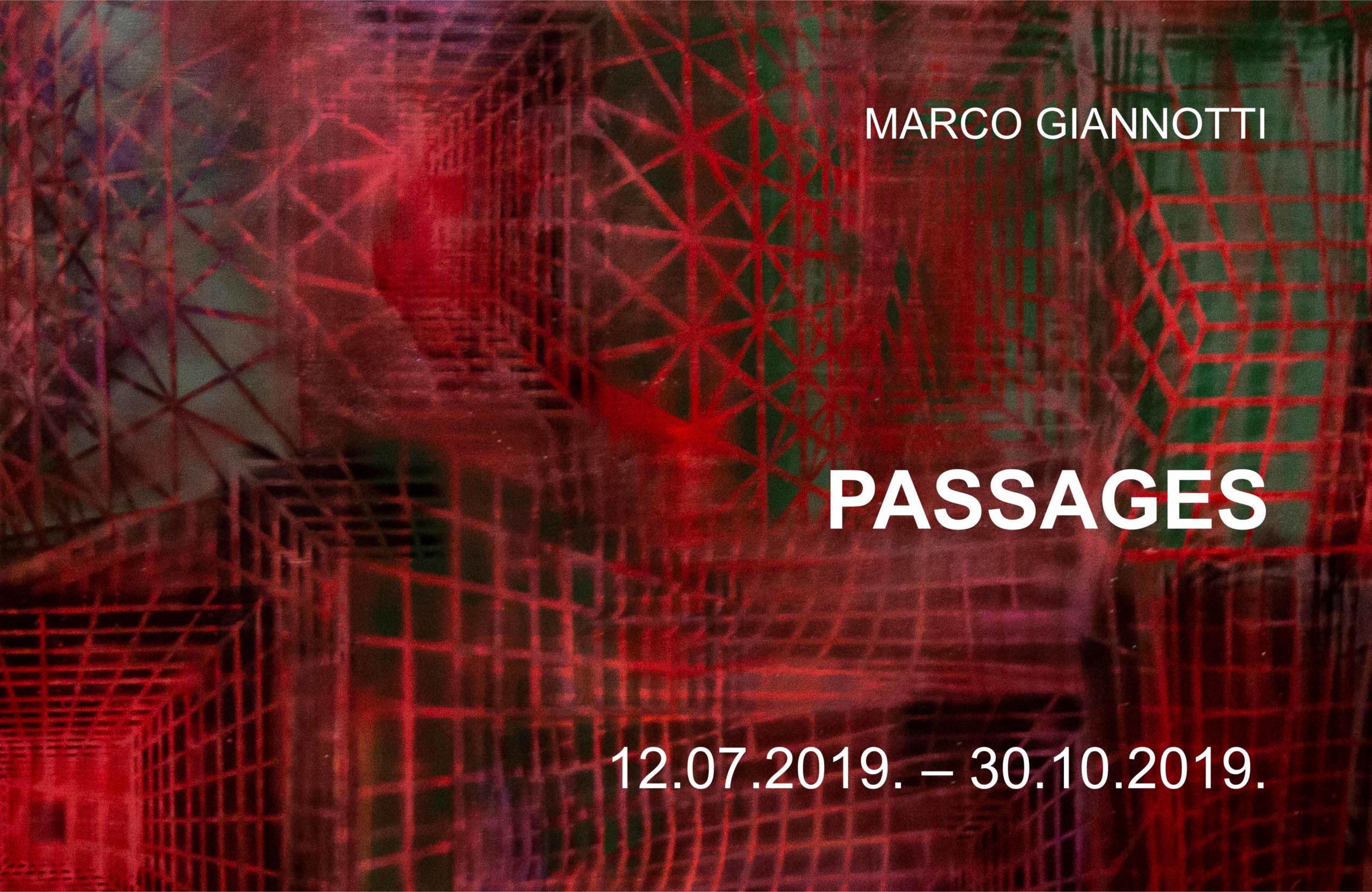 In Marco Giannotti’s recent paintings there unfolds a dialogue at least as venerable as the High Renaissance when the art of Florence opposed Venice’s. Namely, between drawing/line and color (disegno and colore). These contending elements were long germinal in Giannotti’s work – at least since the “Facades” series (“Fachadas”, 1993). However, the artist has continued to lend them strikingly modern forms appropriate to the New World of his Brazilian homeland, as well as our increasingly dark times. By no coincidence, too, the American Abstract Expressionist Mark Rothko famously described his haunting images as “facades”. Giannotti thus aims to synthesize tradition with the example set by one of the past century’s greatest masters of abstraction.

The dizzying linear perspectives that now infiltrate Giannotti’s compositions assume the semblance of grids. Grids have ancient links with architectural designs and their modules, not to mention the order associated with city plans. In short, grids organize and delimit potentially infinite expanses. As such, a quintessential modernist architect, the German Mies van der Rohe, evolved a gridded “universal space” during the late 1920s as a way to rationalize his ideal buildings. By contrast, Rothko’s rectangles may be a retort to a similar outlook: Piet Mondrian’s utopian rectilinear designs involving a marriage of horizontals and vertical color planes. Nevertheless, in Rothko’s hand this bright clarity assumed a more enigmatic, tragic quality. The same applies to Giannotti’s latest work. Here, melancholy colors – subfusc purples, maroon and dusky blues – marry with vertiginous urban perspectives. The former suggest a homage to Rothko’s idiosyncratic yet unmistakable colorism. The latter at once recall the eighteenth-century Italian artist Giovanni Piranesi’s extraordinary “Imaginary Prisons” with their plunging, awesome vistas and the altogether new, virtual dimensions that cyberspace has created. Giannotti’s painterly vision leads us on a gripping path interwoven between these existential extremes.