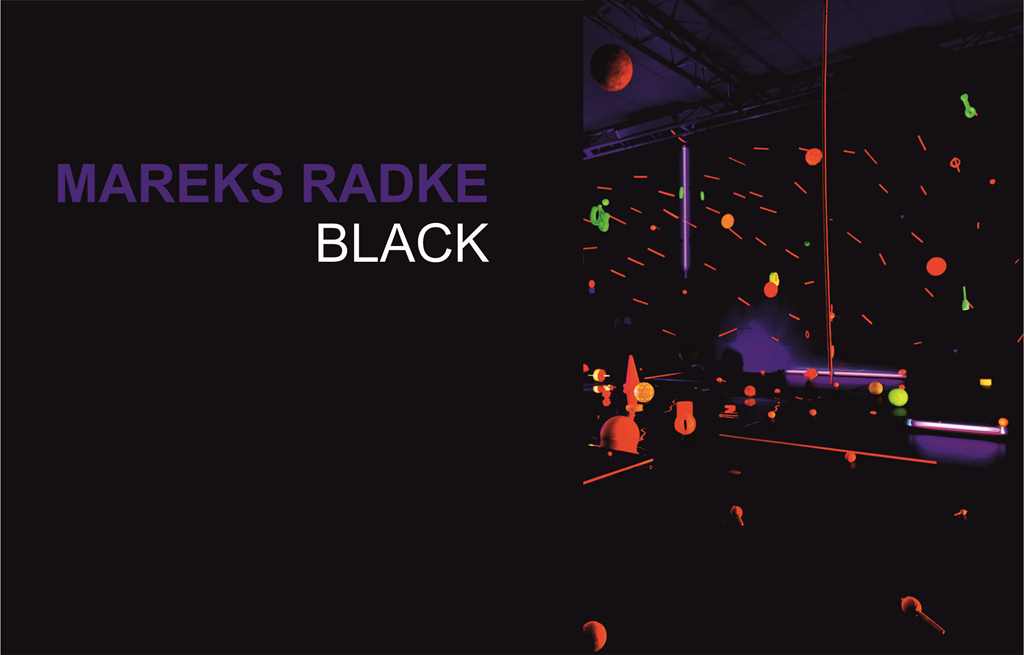 Marek Radke was born in 1952 in Olsztyn, Poland. During the 1970’s he studied art and pedagogy in the Universities of Gdansk and Poznan. In 1984, M. Radke moved to Germany. By the end of the 1980’s Marek Radke abandoned figurative painting and focused on abstract geometry. The artist had always been impressed by geometry’s ability to rationalise and to put in order the world of emotions and thoughts. However, Radke’s geometry is not the same modesty that inspired Bauhaus artists in the early 20th century and American minimalist artists in the middle of the century. The artist draws inspiration in nature which virtuously disturbs the order of “pure” geometry, thus introducing a living harmony in it by a lively game with space, light, colour and shape started by the artist.

Here Marek Radke offers a futuristic installation-exhibition “BLACK”. Black is a quite complicated and meaningful symbol which at the same time is connected both with the darkness, death and the mother’s lap that creates and evolves a new life. The black also indicates duality of the light and darkness that is necessary for the continuity of life. The black appears when there is no colour and no light.

The “BLACK” by M. Radke is like a primordial chaos or a mysterious matter in which the artist creates his own “order”. Every visitor here is being invited to participate in the artist’s “private” act of the creation of the world and to enrol a three-dimensional game of object relations, feeling a tension that the artist is able to make by the motion of emptiness.