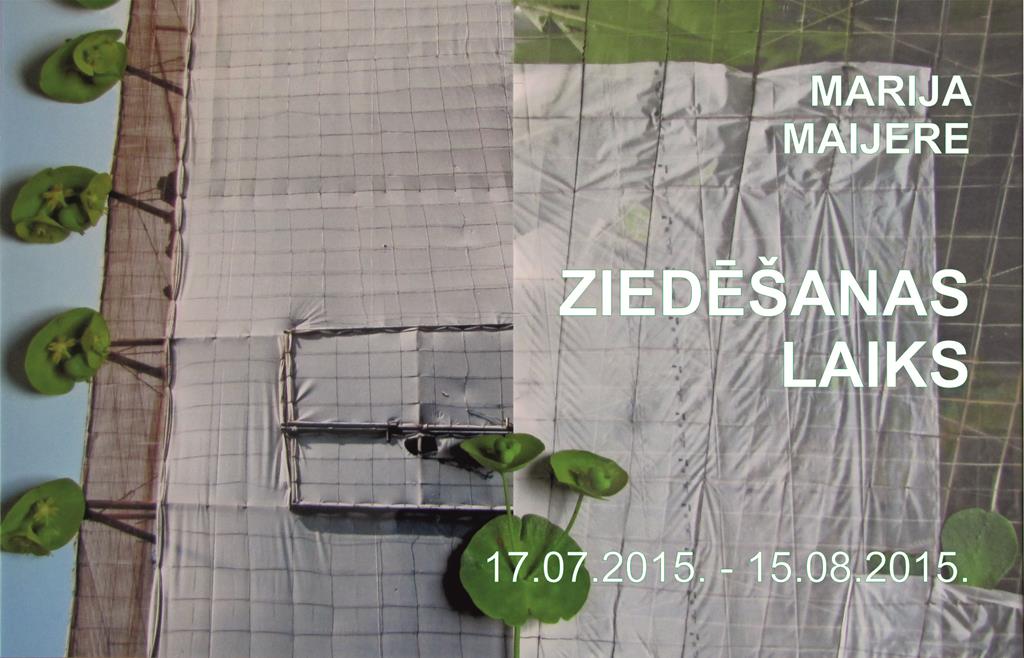 Maria Maier was born in 1954, Amberg (Germany), and has studied pedagogy and history of art. Since 1992, after a lasting period of pedagogical activity and many study and job trips while staying in South-East Asia, Central America and Africa, M. Maier is a free-lancer. She lives and works in Kofering and Regensburg. During her long experience of exhibitions she has arranged several solo exhibitions and participated in group exhibitions held in museums, art societies and galleries in Germany and abroad. Her works are seen in many collections and are exhibited in several public places. In 2005, the artist was awarded the scholarship of Virginia Center for Creative Arts in the USA, but in 2011 – the scholarship of Tyrone Guthrie Centre in Ireland.

While on scholarship in Ireland in 2011, Maria Maier discovered colors of nature anew for herself. The diversity of forms and colors of blossoming flowers and bushes in their constant rhythm of flowering and withering enchanted the artist so strongly that she started to observe and collect flowers of different species, and artist’s abstract “notes” in the form of associative paintings were devoted to them. Later the artist took photos of these pairs of flowers and pictures, and then applied tempera to the enlarged copies of photographs, doing this during the two previous years. In the result, a lot of color expressions of “blossoming” were created, which, despite the complicated way of their creation, are full of charming easiness and freshness. Maria Maier has found a shrewd name for describing these sensible, “fluid” works – “Scent of a Color”.

One must not misinterpret the seeming giddiness from flowers. Maria Maier’s floral subjects are not classical pictures of flowers. Here she focuses more on color, form and structure. The artist from Regensburg, who in general readily enjoys engaging in architectural phenomena, has remained loyal to her style also in relation to flowers. Maier took photos of her motives in a well-tried way and later differently processed them. Color fields and lines add to and recolor the floral “heroes”. Maria Maier has cut some photos into pieces and put them together again like collages so that they would work like graphic ornaments.

The exhibition combines the gentle illumination of innumerable colors of flowers with several photo collages and series of drawings depicting abstract floral forms. However, the most essential thing is that all this uniqueness has been synthesized into a singular vision of the artist who usually depicts urban motives, but here, through forms and colors, shows nature and uniqueness of its natural cycles. Time and space, being essential themes of the artist’s creative work, are to be seen in a new light.