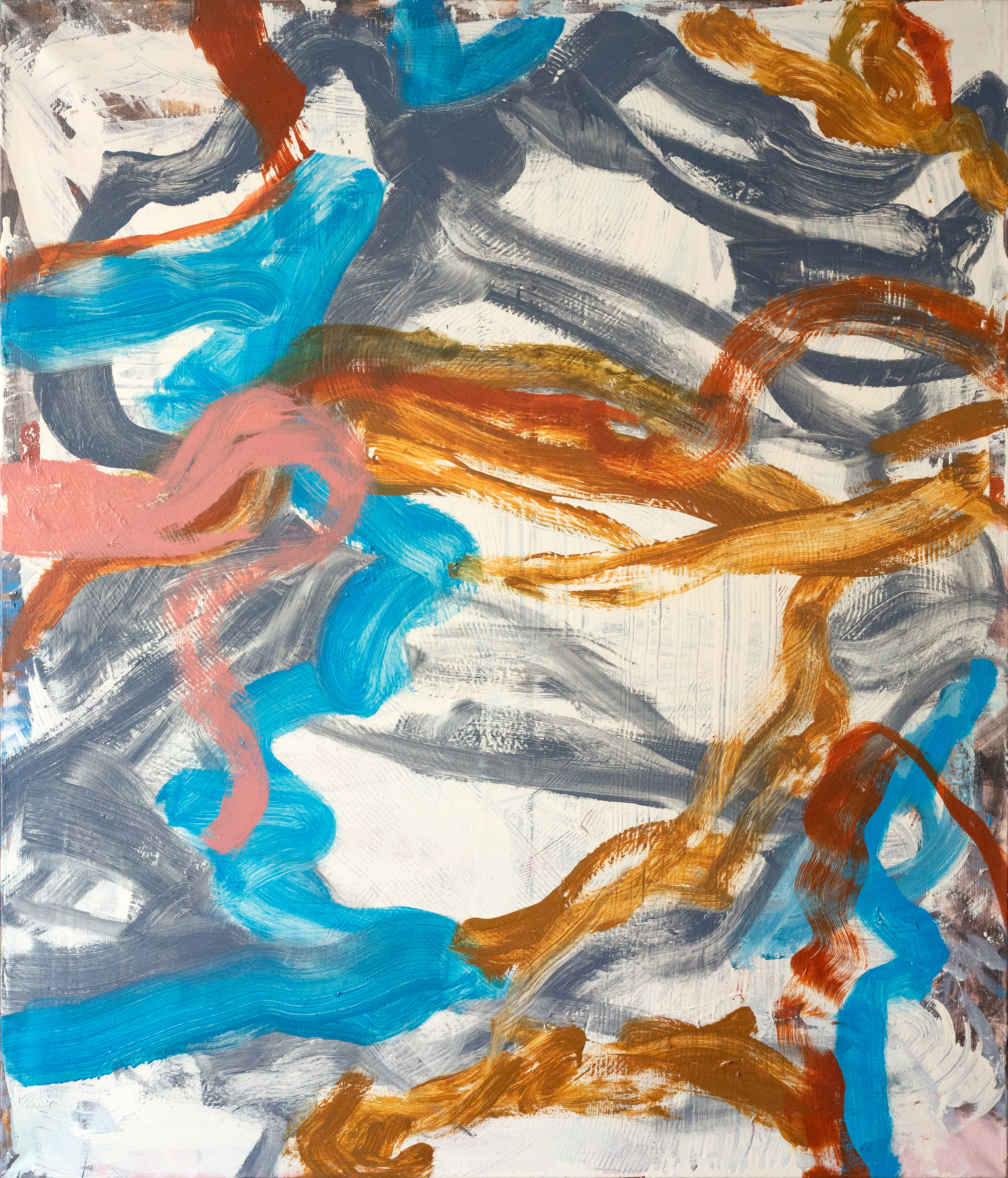 The Mark Rothko Art Centre presents a major solo exhibition by Australian-born Paris-based artist Anthony White for the first time in Latvia. Mobilising Material contains previously featured artworks that formed the inaugural exhibition The Curious Eye Never Runs Dry of the United Kingdom-based gallery Informality in 2019. The 30 works across 380 square metres of the Rothko Art Centre see the artist reflect upon the effects of Western capitalist civilization on our modern environment by revisiting themes of involuntary detention, injustice and migration. White’s artistic work revolves around the notion of reclaiming the act of dissent through the production of cultural objects.

His research is situated at the intersection of several fields in the social space, including politics, human rights and postcolonialism. He works with painting, drawing, collage and printmaking. Through this practice, he tackles relevant questions to our time to encourage the citizen to reflect upon power and how our collective curiosity might be used to dismantle the structures that continue to fuel those contemporary systems of power.

The driving motivation for the exhibition draws from literary sources and well as contemporary world events, most notably Foucault’s cornerstone postmodern text “Discipline and Punish” (1977) and also Franz Kafka’s short story “In the Penal Colony” (1919). The artist believes it is fundamental to raise questions about surveillance, detainment and injustice and invites us to think about different states of being, using his practice as a vehicle for philosophy and, ultimately, personal emancipation.

The artist is particularly interested in surveillance issues as they relate to systems of state power. The Daugavpils Fortress provides an ideal context for his continued investigation of these concerns. Intended as both a defensive stronghold and a colossal display of cultural strength, the fortress (which in aerial views resembles an immense eye) defended the western borders of the Russian Empire against invasion by Napoléon Bonaparte’s Grande Armée. Construction of the 150-hectare bastioned fortress began in 1810, the year The Vendome Column was erected in Paris – a forty-four-metre tall monument to Napoléon’s military victories crowned by an all-seeing statue of The Emperor gazing omnipotently over all of Paris, across Europe and beyond.

To give a sense of the dynamic opening chapter of Foucault’s book covering punishment in all its forms, White has utilised various techniques of collage, spray paint and direct paint applications. Docile Bodies is a large work incorporating collage and mixed media. The concept of punishment and the evolution of its history led the artist to respond to the text. The force of punishment has altered through the ages, from being inflicted upon the body to being directed towards the soul.

The exploration of involuntary detention becoming the new torture device parallels the political situation in the Australian-controlled Manus and Nauru Islands in the Pacific Ocean.

In this piece, which is White’s salute to the Venetian mid-century avant-garde artist Emilio Vedova, a key figure of the Italian resistance movement, ribbons of paint like root masses move searchingly across the canvas, recalling Vedova’s description of all artists’ “eternal sense of investigation”.

The collage works made using graphic vinyl signage found on the streets of Paris reference the research of climate change experts Pablo Servigne and Raphaëlle Stevens.

Their collapsology theory proposes that the collapse of industrial civilisation is imminent without urgent collective action. These series of collages marry disparate forms, ranging from the spontaneous gestural work of doused rag imprints, gestural painterly touch and hard-edged geometrical imagery.

The collages combine important forms of analogue communication, including posters of advertising and musical acts from the Paris metro. Drawing from the urban cultural history of Paris, the artist uses these metro posters or “affiches” to build the image with tearing, re-cropping and utilising painterly interventions acting as a form of dissent and to dwell on modes of community and collectivity.