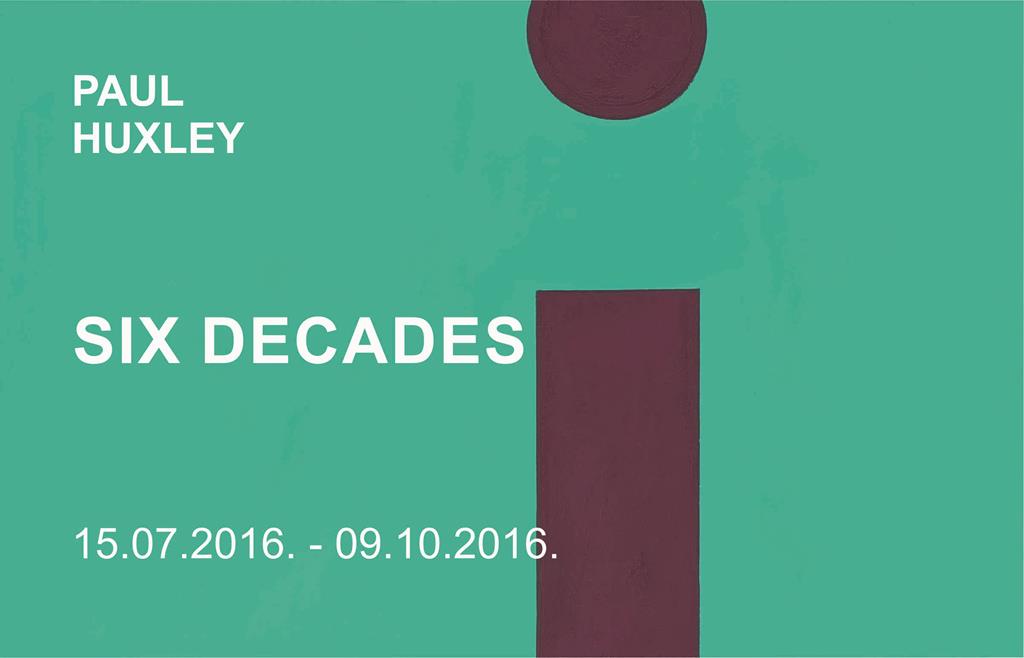 British painter, Paul Huxley (1938) has played a central role in British art both as internationally recognized artist and as a respected mentor. He taught at the Royal College of Art from 1976, and was Professor of Painting there from 1986 until 1998, when he became Professor Emeritus. He has worked as a visiting lecturer at Glasgow School of Art. His art work is to be found in important collections in leading international and British museums.

As a young artist Huxley was awarded a Stuyvessant fellowship which allowed to live and travel in the USA, while there he was to meet and befriended many of America’s leading artist including Robert Motherwell, Lee Krasner and Mark Rothko, Barnet Newman and Andy Warhol .

Throughout his almost six decades as an artist  his work has constantly been exhibited most recently earlier this year at the David Richard Gallery in Santa Fe, New Mexico.

Huxley was commissioned to make 22 ceramic mural designs for King’s Cross railway station in 1984, and has also produced work for the Rambert Dance Company (1991) and Pallant House Gallery, Chichester (2001).

Huxley was a member of the advisory panels for the Arts Council of Great Britain and the Serpentine Gallery. From 1975 to 1982 he was a Trustee of the Tate Gallery, and also served as chairman of its Exhibitions Committee. He was elected to the Royal Academy in 1987 and has been its Treasurer since 2000.