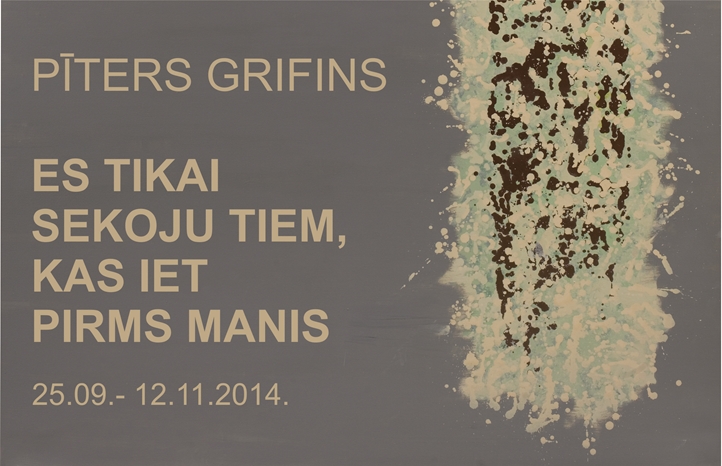 I am only the head of those that go before me

„…most paintings in this exhibition belong to a time when I really felt I found my own style, a mature style that best allowed me to explore my ideas.”

„It is not that the paintings become totally abstract it is that they play in this space between abstraction and figuration – really what I am aiming at is a state of having a form that suggests the human presence without necessarily having a human figure.”

„At the same time, I don’t like to feel trapped by stylistic restrictions. I feel that I’ve developed a kind of visual alphabet which can be used in any manner I choose and many of these choices come through the process of painting I could really relate to that statement Matisse wrote in Jazz: „Prisoner? An artist should never be: prisoner of himself, prisoner of a style, prisoner of a reputation, prisoner of success”

„During my final year at the Royal College of Art I won a scholarship that allowed me to live and work in Rome for two years and there I was surrounded by so many ways of depicting the human figure. There were examples of more than two millennia of representations of the human figure from the Etruscans to early Christian mosaics, to simple Romanesque depictions and onto the sublime paintings of the Quattrocento with Piero della Francesca and Fra Angelico which led through to the high renaissance of Michelangelo, Raphael and Botticelli and onto the beginnings of the baroque with Caravaggio and on it went right through to the twentieth century. Another influence, though I wasn’t aware of it at the time, but one which played a major role in the development of my later work was the many fragments of Roman sculpture which were everywhere.”

About parallels between art work, music and poetry:

„I listen to lots of different types of music particularly in the studio when I’m working and for me it helps in creating the right ambiance, the appropriate atmosphere in which I like to paint. What I like about Paolo Conte is that his band are multi instrumental and the songs merge many varying styles of music but they are unmistakably the sound of Paolo Conte. You have different notes creating different colours, different textures, different spaces and in a sense it is like the language of painting where you have stops and starts, spaces and forms and line and mass. All these things are working on many forms of music, jazz, classical etc. It’s a play of tensions, a play of rhythms a relationship of form to space and language to content. With Neruda it is not only the deep human feeling in his poetry, it is also his use of metaphor to reveal and conceal. He reveals a certain thought or expression and yet he can conceal it by the metaphor. You have to go through the metaphor to get to the essence of the expression. In my work I do a similar thing through the fragmentation of forms and the layering of paint. Again it both reveals and conceals elements within the painting which can help in creating a visual statement that goes beyond the image.

What I did with the Neruda paintings was to paint in acrylic which I had never used before  and to paint using implements that I wasn’t familiar with, wooden sticks, pieces of card, fingers etc. As well as using acrylic paint, which has a very different feel to oil paint, I also used quite a lot of collaging and mixing in dried pigment into the wet paint. It really helped me to avoid falling into the trap of simply illustrating the poems and gave me a freedom to get to the essence of the poetry. It was the same with my work with the novelist and playwright Ariel Dorfman and the Spanish philosopher Ortega y Gasset. I guess that what I am trying to do is find a way of combining the written word and the visual image to create a new form.”

From interview by Isabelle Caussé