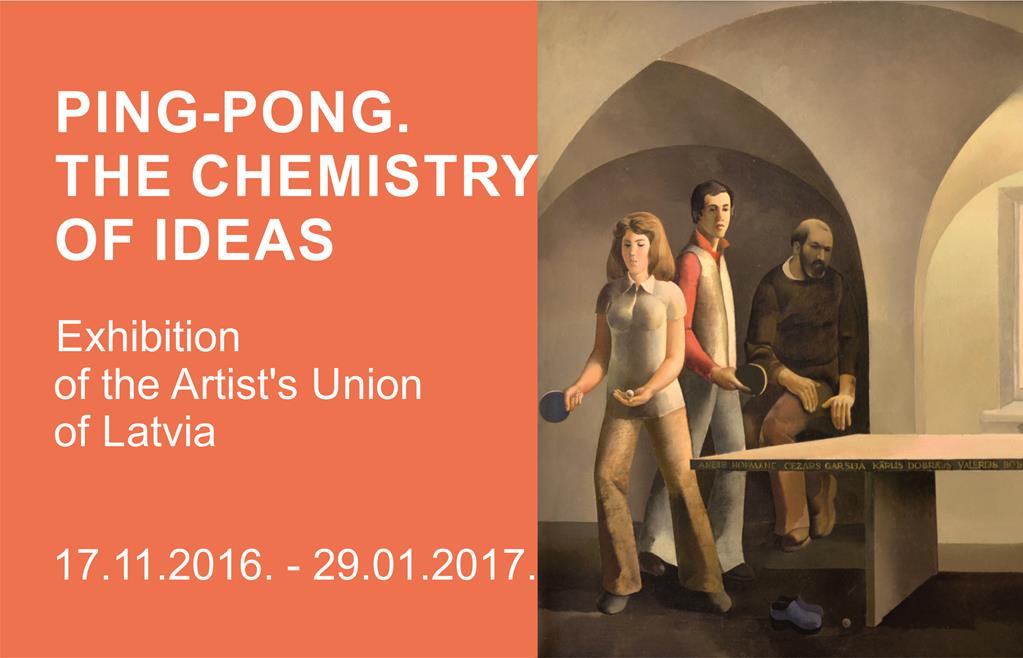 The Museum of the Artists’ Union of Latvia (LMS Museum), renewing its collection of artworks, calls to remember or to view artworks of the 2nd half of the 20th century which though the display of the exhibition “Ping-pong. Teamwork of ideas” reveals the spirit of competition in art life of the time.

The broad exhibition shows the scale of the recent era – both in large-size works and the varied language of art created by artists. Their creative and active spirit has been relentless in their desire to compete. Richness of styles, as well as efforts to explore and to study the nature and the world, to style and to generalize, to muffle and to stress – it all works as teamwork allowing artists to enrich each other. Even completely opposite works were perceived as challenges, requiring even higher rigor in depiction, in choice of colours and in tonal refinement. An artist enriched another artist, while the viewer’s role and call was to grow along and to understand the artistic ideas.

Authors of the exhibition wanted to create a “teamwork” and to give the viewer an opportunity to see development of art between oldest and the most recent works of the exhibition, namely, “The potato harvest” (1947) by Gunārs Hermanovskis and “Sweet Smoke” (1990) by Valdis Krēsliņš, where through the display of active life processes (harvesting, fish smoking, pastoral motive etc.), intensive use of means of expressions and being in the centre of life the artists achieve “obedience” of images and observance of the world “from a distance”. The exhibition is dedicated to rather topical and contemporary issues – such as an artist’s role, his or her support in different eras, artist’s activism at that time and reconciliation now.

The author of the idea: sculptor Igors Dobičins, president of the society “The Artists’ Union of Latvia”.