Pjotrs Hudobčonoks “Daugavpils at the Beginning of the 20th Century” 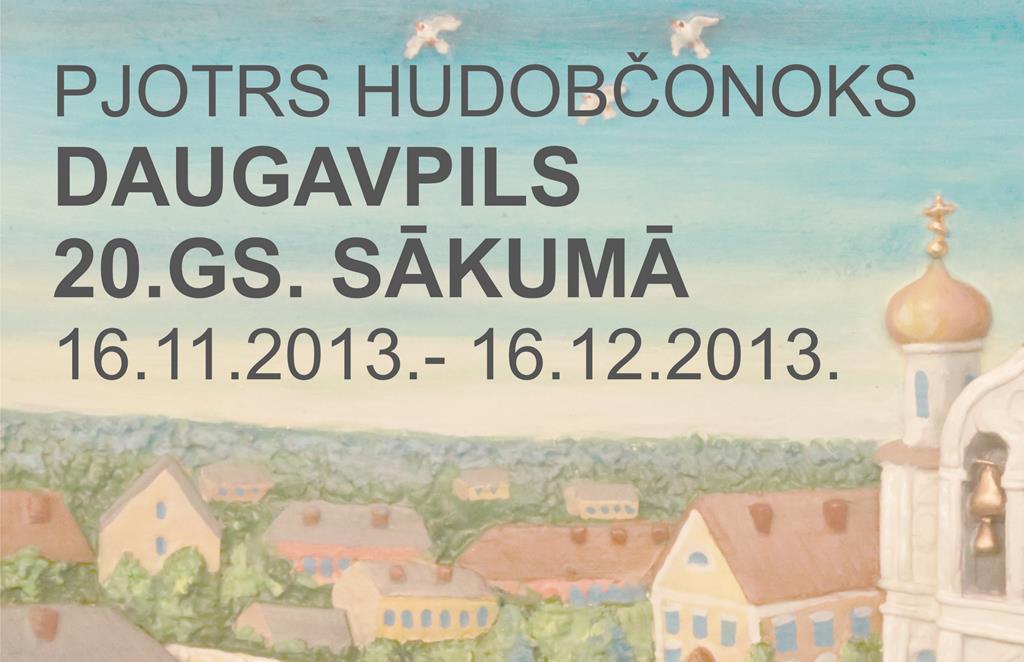 “Daugavpils at the Beginning of the 20th Century”

Works by Pjotrs Hudobčonoks have been displayed at exhibitions in many countries: Russia, Poland, Ukraine, Finland, Germany, France, Portugal, The USA and others, having had there great success.

P. Hudobčonoks’ creative work is a remarkable example of the synthesis of old traditions, new content and new technique. One of the sources he draws on in his creative work is the traditional Russian “lubok” (a simplified kind of traditional Russian folk art) with its own marked plot, humor, specific imagery and syncretic character, where picture is combined with text. A further development of traditions and author’s ways of expression is manifested in his sculptural-plot-based compositions. These compositions are sculpture and painting simultaneously, they are a solution to a complicated task of depicting a full volume in a narrow environment. The volume is created by employing both plastic and pictorial means. The artist uses the complicated kaolin-based composite material.

The specific feature of this unique master’s creative process lies in the fact that he does not use any sketches or drafts for his work. Like a director, he works according to the scenario written by himself. The world of the artist’s imagery is infinite. A readable expanded plot is a characteristic feature of P. Hudobčonoks’ compositions. With great love and skill he provides significant details in his compositions; and sometimes these are just the details that reveal the essence of what is happening.

Due to his talent and mastership, his inner culture and deep understanding of his time P. Hudobčonoks finds and reveals new and richer plastic possibilities of his pictorial language.

The artistic image is immediately embodied in a sculptural form. Painting is an important final stage of creating a sculptural composition. Painting is done by applying the technique of cold enamel after firing and prime coating. The artist has a deep understanding about decorative and emotional qualities of colors. P. Hudobčonoks’ works delight us with bright colors and vivid color combinations; they attract a viewer by their smile and good humor. The world in his works is pure and light, they are permeated by frankness and humaneness.

Some qualities of his creative work make us recall paintings by such old master as Pieter Bruegel, Adrian Brouwer, Jan Steen, Adrian Ostade.

Sculptural – plot-based compositions are the result of artist’s philosophical reflection and creative search. The emergence of such original “theatre in miniature” has been undoubtedly encouraged by his long-term work in the position of chief artist of the Culture Palace, as well as by his participating in producing design for theatre performances, preparing circus numbers, concerts, making sketches of costumes, stage design and puppets.

The emotional expressiveness of P. Hudobčonoks’ works resounds in the hearts of the viewers.