Play of light and dark 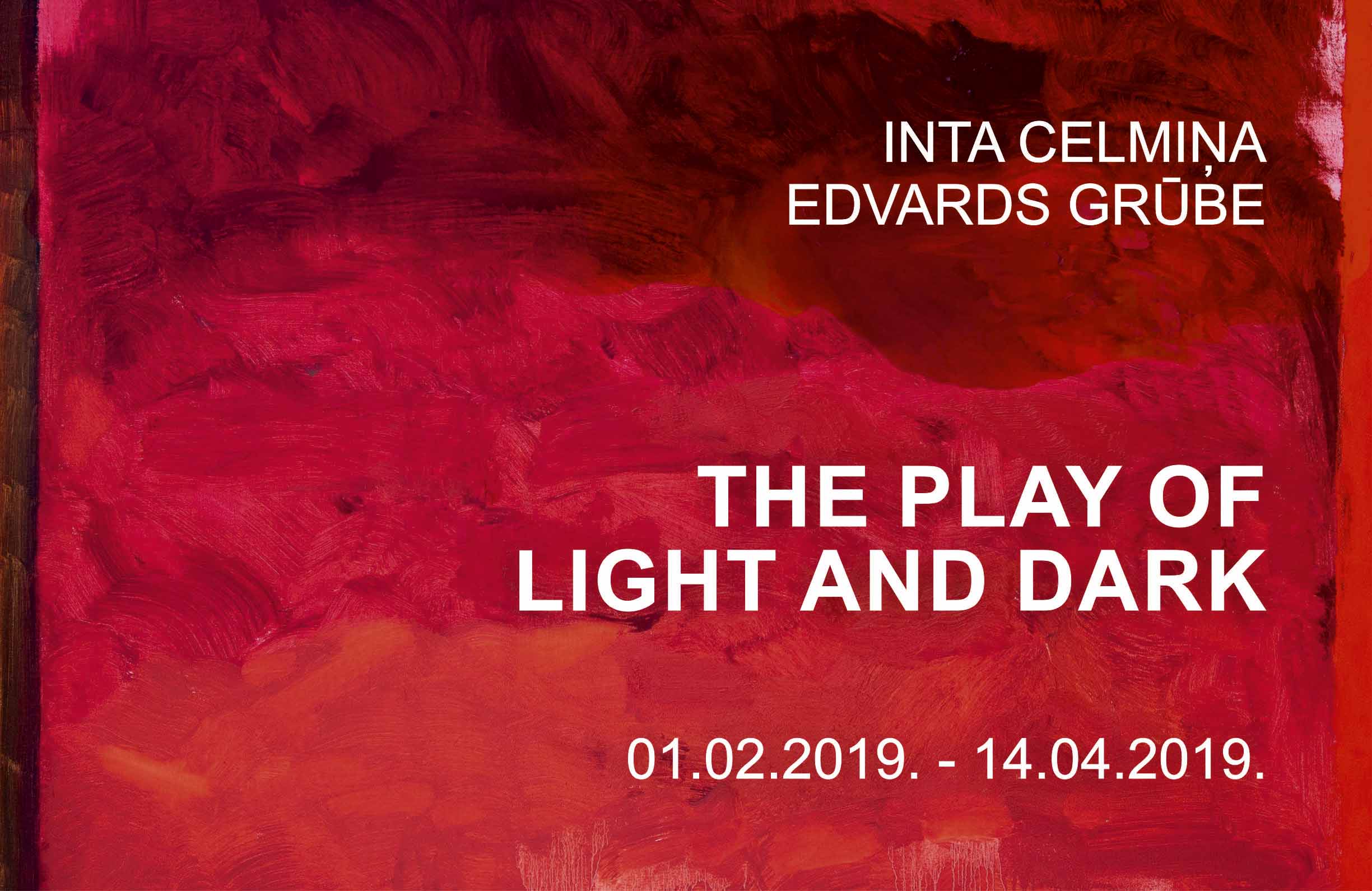 Painting will exist as long as light itself – colour and shape can appear in the most incredible ways, either through the artist’s conscious effort and intention or as unexpected twists of the endless game of themes, techniques and compositional arrangements.

The title chosen by artists Inta Celmiņa and Edvards Grūbe for their joint exhibition project at Daugavpils Mark Rothko Art Centre, at first glance, can seem frivolous and lacking proper gravitas. And yet, if we take care not to downplay the meaning of game to its narrowest sense and imagine our lives as journeys of perception, we cannot help but admit that we are all players in a universal game, so why not apply this term to artistic processes? The outcome of this game is known only to the players involved, but we see their artwork that has value in its own right inasmuch as it reveals the lived experience of each artist, things either specific to their backgrounds or common to all.

Undeniably, both Inta Celmiņa and Edvards Grūbe are brilliant masters of the brush who have shaped the traditions of 20th and 21st century Latvian painting and, to this day, remain faithful to its fundamental tasks, pursuing topics that stem from core values found in the natural interplay of light and dark. Artist Inta Celmiņa explains that the exhibition is an ode to contrasts in nature and in painting. Contrasts that invite us to open our eyes to the triumphant power of colour and its subtle nuances; that allow expressing different emotional states and staging original shows about topics that concern us with a view to attracting spectators. In paintings by Edvards Grūbe, light is their central element, solemn and majestic. Meanwhile, the light of Inta Celmiņa flashes in mysterious dark. What unites us is our shared understanding of the principal goals of painting.

Inta Celmiņa was born in Rīga on 7 January 1946. In 1946, she graduated from Janis Rozentāls Rīga Art Secondary School wherefrom she went directly to the Art Academy of Latvia to study at the Department of Pedagogy (1964-1969). In 2001, she completed a master’s degree at the Academy.  Celmiņa exhibits her work since 1969. In 1976, she was admitted into the Artists’ Union of Latvian. So far, the artist has had over 25 solo exhibitions in Latvia and abroad and participated in countless group shows. Her work is held in private hands and featured in prominent museum collections both in Latvia and beyond.

Edvards Grūbe was born on 3 November 1935 in Rīga. In 1946, he was admitted into year six at the newly established Janis Rozentāls Art Secondary School, which he finished with the first crop of graduates in 1955 to pursue tertiary education at the Painting Department of the Art Academy of Latvia. Grūbe joined the Artists’ Union of Latvia in 1968. In 1992, he completed a master’s degree in art. Grūbe exhibits widely since 1974. He has had over 25 one-man-shows and appeared in countless group exhibitions in Latvia and overseas. Artwork by Grūbe holds prominent positions in the collections of Latvian National Museum of Art and the Museum of the Artists’ Union of Latvia. It is featured in museum collections in Russia, Lithuania and Germany as well as held in private hands in Latvia and abroad.