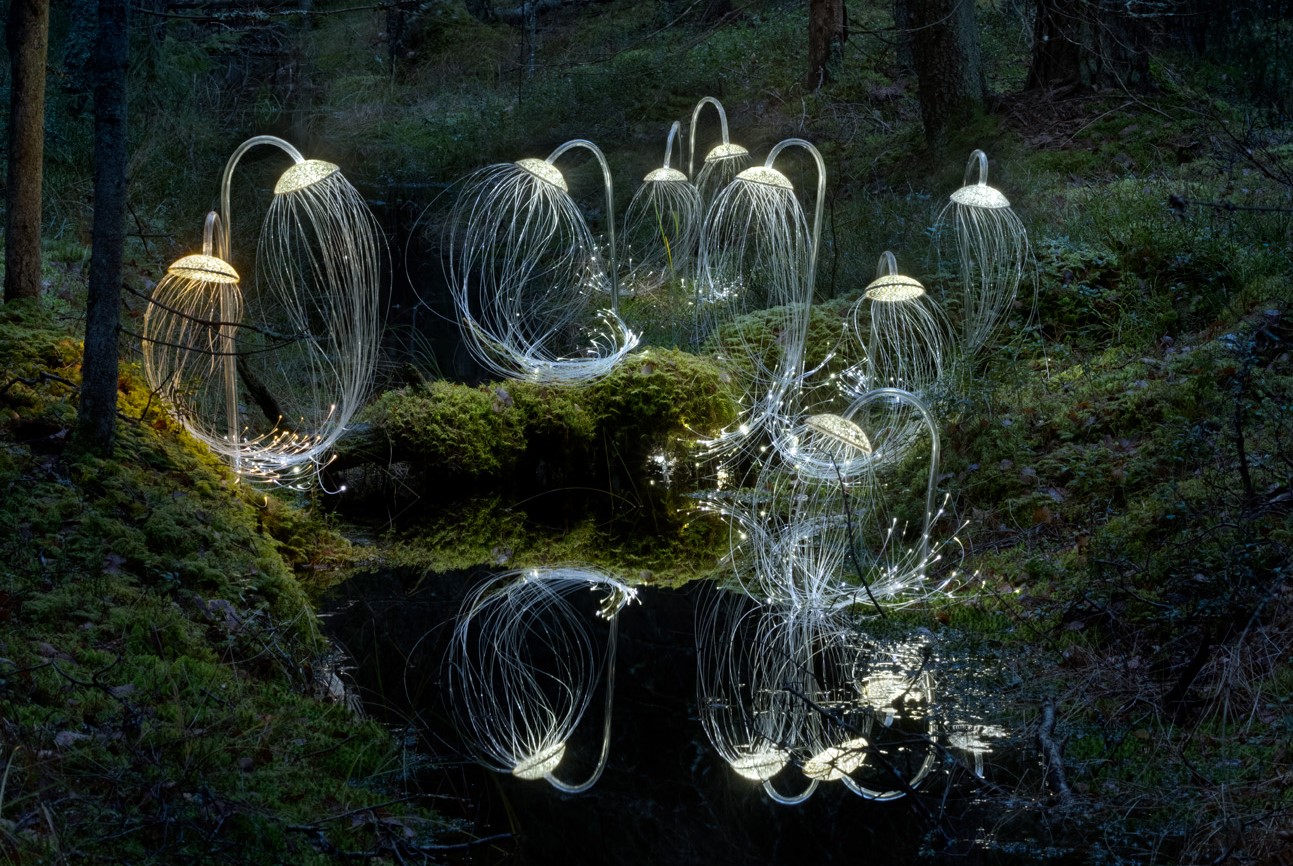 Last autumn, between the first autumn storms, Toomas Tuul, one of the best Estonian nature photographers, and Anne Türn, an outstanding Estonian ceramist, set off to find reflections in the beautiful and enchanting wilderness of their country.

“I provided the ‘models’ in the form of illuminated objects and installations, and the photographer used his skills to find the right place and capture the spell of the moment. Our aim was to create realms that would show ceramic objects as a part of nature.

The lens captured porcelain, glass and fibre objects as if they were organically one with the surroundings, almost as if they had emerged from there.

Creating illuminated ceramic sculptures that would naturally blend in with nature, finding exactly the right place and light, seizing the moment and bringing it to the audience – it has been an amazing journey.”

This installation display inspired by nature applies the concept of reflection to human relations. This may explain the appeal of the exhibition – the dreamlike woodland mysteries manifesting as illuminated formations, coming forth from the giant photos on the wall and from the gallery floor, create mystical, magical spaces, with darkness and light touching similar reflections in the most hidden places of our soul.

Water is the essential natural element in and around us, and it has the effect of reflecting everything around it. Water seems to interact and communicate with everything, establishing with its reflections the essence of its surroundings. The same goes for human beings: they need the reflection from another human to get a deeper insight, to really feel and understand their true self. In isolation, without communication, without being able to reflect oneself from other human beings, the self-image starts to distort and lose contact with reality.

Anne Türn was born in Tallinn, Estonia. She began her artistic education at the Tallinn Art University (1984–1990) before taking a postgraduate course at Kassel University, Germany. Her professional affiliations include memberships in the Estonian Artists Union, the Estonian Union of Ceramic Artists and the International Academy of Ceramics. Türn keeps experimenting in various mediums, such as ceramics, glass and light installations. Her international exhibition record dates back to 1997 (Merit Award at the Fletcher Challenge Ceramics Award, NZ) and includes multiple distinctions, shows, workshops and art projects worldwide.

Toomas Tuul has been involved in photography since a very early age – he developed his first black-and-white photos in the darkroom as soon as he started school. Later on, he acquired professional skills at the Tallinn Technical School, Estonia, and the Institute of Visual Communication in Tampere, Finland. His photographer’s career started with jobs on television and film. He has contributed to over fifteen magazines and has worked as the photo editor for numerous books and magazines, including the Estonian Nature monthly magazine. Tuul is the author or co-author of nearly thirty photo albums and books. He has participated in numerous photo exhibitions and been on the organising team for the Estonian Nature Photo of the Year contest and several other events. At present, Tuul is a freelance photographer. 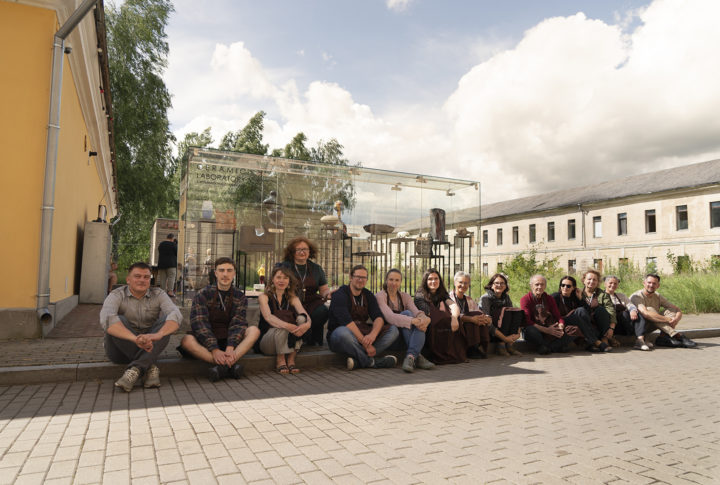 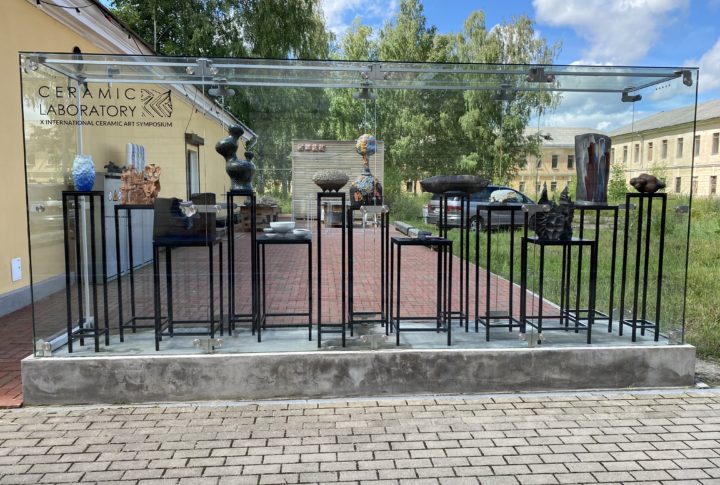