ROAD TO THE SEA 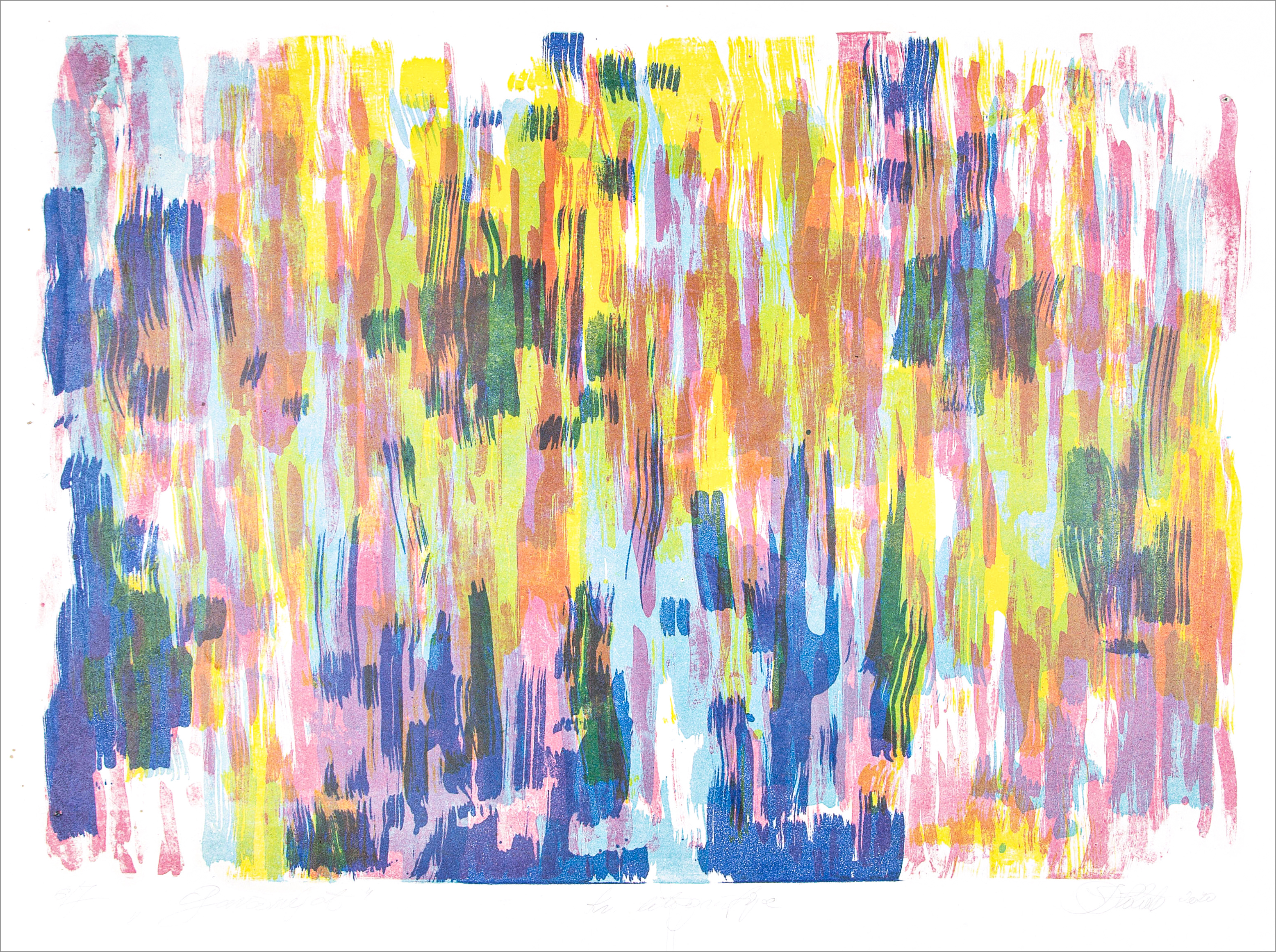 The unspoken and the unspeakable are two very particular concepts in the art of the second half of the twentieth century. They largely determined the form and contents of art on both sides of the iron curtain. Whilst Western art trends in the 1970s and 80s were driven by feminism, conceptualism and a critical stance towards traditional formats and materials, the socialist theory triggered the boom of the so-called associative imagery. This kind of art could, perhaps counter-intuitively, direct the viewer’s attention towards discussing the unspoken and the unspeakable in painting, sculpture and printmaking. This epoch coincided with the development of Ilze Lībiete’s graphic art, essentially shaping its remarkable depth. Furthermore, it dovetailed with the rise of Latvian lithography as a discipline, especially post-1976, following the establishment of the national Lithography Studio — honing this technique has shaped the “painterly” style of Lībiete’s prints and bolstered the position of printmaking as an art form on Latvian soil.

Nature’s forms and rhythms have always been prominent in Lībiete’s lithography, and this exhibition is no exception — they continue to set the tone for the artist’s imagery. Lībiete observes nature in general and abstract terms, focusing on light and shadow, movement and stillness, activity and passivity, presence and absence. For her, it is a story about cyclic structures and a certain order of things that also concerns the humans. In her prints, nature is at once timeless and ephemeral — its timelessness is expressed in transitory, emotional episodes where every passing moment seems gone forever, never to return again. It is a world experienced as a calligraphic dance of light and shadow, a sudden gust of wind or a flash of a landscape through a window streaked with rain, each leaving a certain rhythmical impression. Lībiete’s imagery appears romantic, but its concentrated expression is intensely uplifting, akin to the shining moment of revelation described in literary epiphanies. The clarity and specificity of her work emerge as a brief moment in time, plucked from the perpetual flow; as ephemeral symbolism caught at the peak of an emotional lift. This refined pulse of tension (concentration) and relaxation (dispersion) sets the general harmonious tone of Lībiete’s lithographs. It maintains the compositional rhythm and takes it further, into the infinite realm of decorative potential, as a structure of soft black-and-white lines or a nuanced mix of colour.

All the world is fragrant, like a word unsaid — this line from a poem by Leons Briedis is familiar to many Latvians. It suggests an abstract, philosophical take on reality, local sentiment and unexpected delight that fills you when you feel, both sensually and symbolically, a part of an infinitely vast world. In her art, Lībiete cultivates the quintessentially Latvian poetic tradition that rests on a synthesis of general and subjective emotional experiences. What is more, Lībiete’s epiphany-style lithographs throw a historical bridge across epochs. Her art is steeped in the expressive realist tradition of Latvian printmaking of the first half of the twentieth century (Vidbergs, Suta, Ābelīte, Plēpis, Junkers), blending with the associative imagery of the Socialist period that Lībiete shaped along with her contemporaries (Blumbergs, Rikmane, Dragūne, Krūmiņa-Karlsone, Zikmane, etc.). Meanwhile, her latest work reveals the untapped potential of this imagery whilst dovetailing with the global postmodernist culture. Through her lithographs made with steadfast professionalism, genuine interest in her subject and dedicated concern for balance in imagery, Lībiete tells about a cultural tradition that pursues harmony and seeks a fit poetic language to express it. As it happens, lately the value of harmony seems to be re-emerging with new vigour after an over century-long period of obscurity in Western culture, although it remains unclear if the trend is going to last.

Ilze Lībiete (1951) graduated from the Janis Rozentāls Rīga Secondary School of Art (1969) and the Art Academy of Latvia, Graphics Department (1976) to return to the academy several decades later for an MA degree in visual arts (2002). Her exhibition record includes multiple solo shows in Latvia, Sweden and Germany. Currently a lecturer at the Art Academy of Latvia and a guest teacher at Daugavpils University, she is active in book design and does commission work designing coats of arms in tandem with her spouse Juris Ivanovs. Former co-chair of the Chamber of Graphic Art for a period of ten years, she continues to organise graphic art exhibitions. Lībiete’s graphic design was used by the Bank of Latvia in two collector coins — “Duke Jacob’s 400th Anniversary” (2010) and “500 Years of the Rīga Castle” (2015).