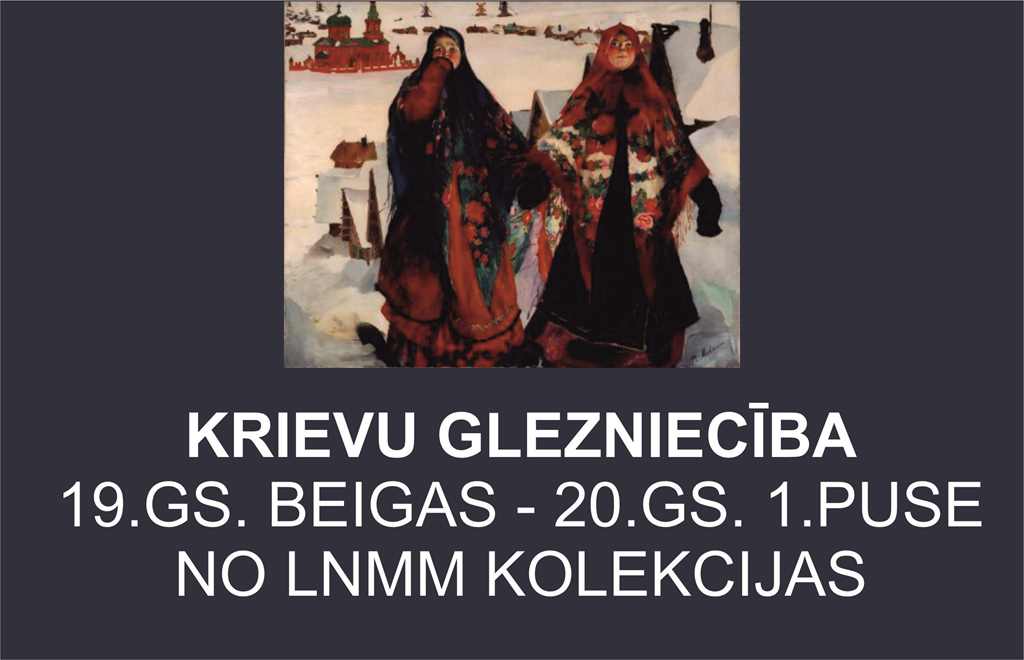 Latvian National Museum of Art (LNMA) owns the biggest collection of Russian art in the Baltic region. During the last five years, the museum collection’s artworks of Russian painters were successfully exhibited both in Latvia and abroad- in Italy, Lithuania and Estonia.

The exhibition “Russian Painting. End of the 19th – 1st half of the 20th century” is the first project of collaboration between Daugavpils Mark Rothko Art Centre and Latvian National Museum of Art.

Artworks of 29 artists are displayed in this exhibition. Many of these authors belonged to the generation of the Silver Age. In the collection of LNMA this period is widely represented with the masterpieces of such painters as Isaak Levitan, Vasiliy Surikov, Nicholas Roerich, Kuzma Petrov-Vodkin, Philipp Malyavin, Ilya Mashkov, etc. The majority of these authors’ works was seen in the exhibition “The Silver Age. Russian Art from the Collections of the Baltic Countries. 1890-1930” which took place in the Art Museum „Riga Bourse” from 2nd November 2012 till 20th January 2013.

The Silver Age is attributed to a short but very bright period of time in the history of Russian culture at the end of the 19th – beginning of the 20th century. This is the time when the new thinking and other artistic orientations were born, when there appeared new art styles and movements, and several unions of artists and exhibitions were created. At that time realism, impressionism, symbolism, modernism and early avant-garde both existed along and acted as the opponents to each other, determining the artistic panorama of the time.

Flourishing of the Silver Age is attributed to the first twenty years of the 20th c., whereas in the works of emigrant artists, it can also be seen in the next decade. Artworks created by the artists of such associations as “Mir iskusstva” (World of Art), “The Association of Russian Artists”, “Golubaya Roza” (Blue Rose) and “Bubnoviy Valet” (Jack of Diamonds) as well as by other conceptually related artists make the core of this exhibition.

A special place in this exhibition is given to the artists whose works are connected with Latgale. At the beginning of the 1920’s the artists who immigrated to Riga – Sergey Vinogradov and Nikolay Bogdanov-Belsky found their inexhaustible inspiration in picturesque nature of Latgale, depicting the motives they had seen in their works.

This exhibition allows to experience the dynamics and diversity of the Russian culture flourishing when different creative personalities and artistic associations co-existed, interacted and were opposed to one another, thus preparing the ground for the future development of art.