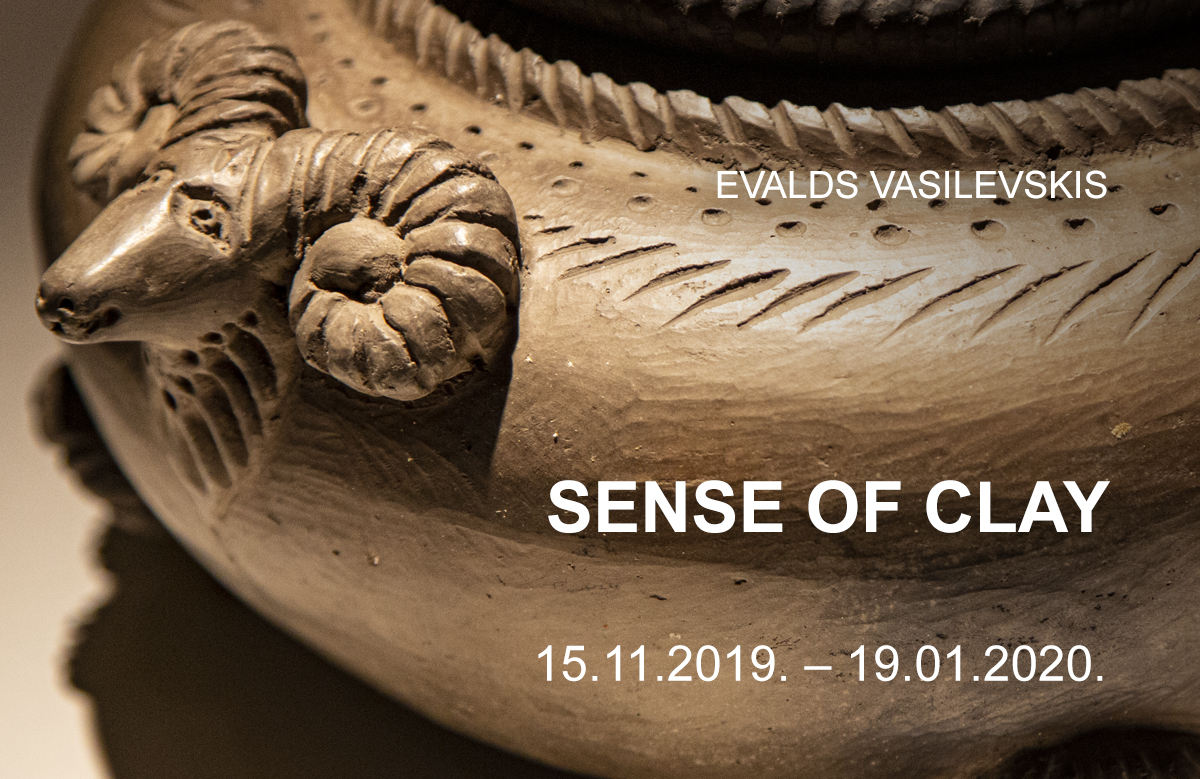 “As a child, I didn’t have a butterfly net, so when I had to be quiet because my grandfather was resting, I was kneading on clay by the sweat lodge and making beautiful lions.” Evalds Vasilevskis

During an exhibition of Latgale ceramics in Rīga, art historian Jānis Pujāts (1925-1988) introduced the public to ceramicists, and such were his words about young potter Evalds Vasilevskis: “You think he’s a ceramicist? No, he’s a terrorist who should be hijacking planes rather than making pots.” They say Evalds was embarrassed to hear the unexpected words, but, as ever, what Pujāts had said had rang true, at least to a degree. Evalds had a great courage to attempt seemingly impossible tasks. Daring to be different developed slowly – through studying, contemplating and analysing everything he encountered throughout his life. Such was his life from start to finish, a continuous path of learning where everything he saw, met, read and even felt was important.

His path of sensing clay started during ceramics classes in Rēzekne under the tutelage of Jānis Pujāts. The budding ceramicist followed his Master’s words with great attention and attempted practical experiments with almost everything he heard at the lectures. A stern test was the firing of his first kiln at Zemesgols, Griškāni Parish, in 1979, when the fired pots ended up paving a path in the yard. The young potter had had the audacity but lacked experience to get a good result. The journey of exploring clay continued by training the young crop of Latgalian potters at Vocational School No 14 and, later, by adopting the principle of “learning through shared experience at the so-called “Potting School” he held at Akminīši, Kaunata Parish, under the auspices of Latvian Culture Fund; also during group exhibitions and a number of projects as well as during summer plein airs that brought together creators, encouraged them to study the material properties of clay and invited them to reflect on every step of their artistic expression. Evalds had charisma, confidence in having chosen the right path and ability to drive others to be active and creative. Therefore, for many people, he symbolised new Beginnings, such as starting autonomous work with clay, choosing a new occupation, independently filling and firing one’s first kiln or starting new creative associations. Evalds stopped sensing clay and life itself in 2018 in Akminīši, Kaunata Parish, at the dawn of an August morning.

Vasilevskis played an important role in the history of Latgalian ceramics. For more than forty years, he remained faithful to his craft, attracted students and followers and created his own school. He held the honorary title of People’s Master of Crafts and was admitted into Latvian Artists’ Union. However, much higher than official acclaim Evalds valued the opportunity afforded to him as a Master to see his followers: former students matured into self-sufficient masters, each with a sophisticated individual style and an independent approach to ceramics. Evalds Vasilevskis has delegated capturing one’s sense of clay to the hands and minds of his students, but his wise words remain relevant to the present day: “I am led by a belief that a potter should always use such techniques so that every created object is truly one-of-a-kind.”